Wag the Donkey – How Democrats are Criminalizing Trump Republicans 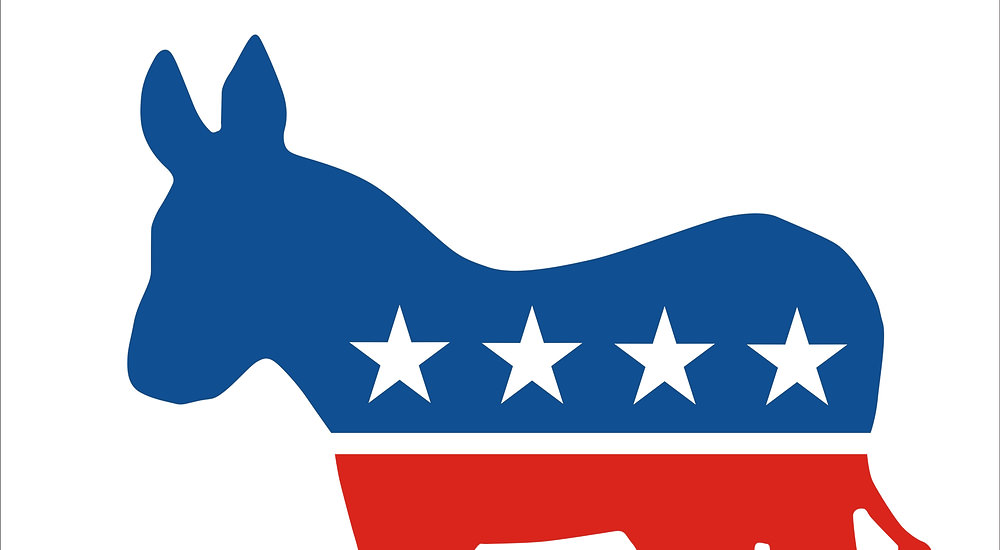 Liberals prove once again they suffer from backwards thinking deliberately misrepresenting Trump’s Syria response as being tied to their rape of his attorney client privilege when their raid came after Trump’s announcement to retaliate again against Syria’s chemical attack on civilians.  These same people believe conservative good moral sense to be “hate speech” and that Democrats are concerned about jobs, taxes, and the National Debt.

Special Prosecutor Mueller raided Trump’s personal attorney for all correspondence between them.  He claims that it was to discover a “possible campaign finance violation” in regard to the Stormy Daniels case.  This action, and all those taken by these Democrats conducting a witch-hunt, are violations of the 4th Amendment in extremis, and persecution of Trump and his associates over a fraud.  The charges he has brought against Trump associates all have nothing to do with Russia but were dug up with illegal search and seizure.  Most every “crime” was manufactured by Mueller such as Gen. Flynn “lying to the FBI” when his federal interviewers said he did not.  Trying to apply Trump’s hush contract with Daniels with campaign contributions is not even a tenuous stretch of a wisp.  Mueller is already known for creating crimes where none exists.  An associate revealed that he fired an agent for saying a car was red rather than the manufacturer color designation of scarlet.  This is a crime by Mueller in and of itself.  His is trying to do the same striving to find some way to create a crime committed by Trump by committing crimes against Trump through his deep anal probe, and daring him to take action to stop him so he can then blame him as the perpetrator of obstruction.  It is all a twisted leftist plot of lies and fraud to convince the ignorant liberal haters of America to support Democrats in the Midterms to steal back control of government. 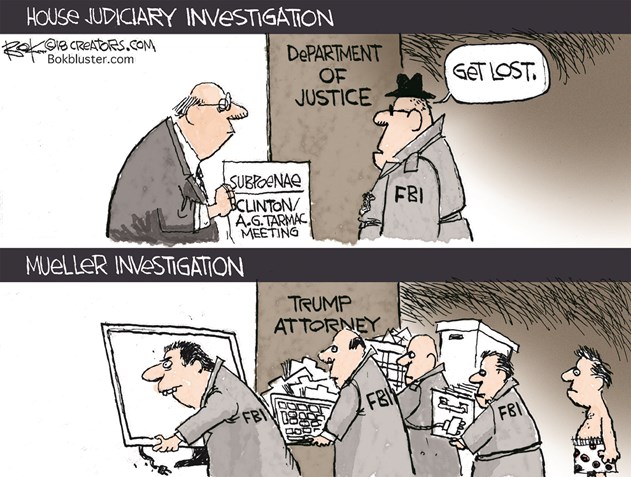 The contrast between how Democrats investigated Hillary and how their operatives working with RINOs are investigating Trump is stark.  Hillary was exonerated before being interviewed.  Hillary destroyed subpoenaed evidence and was not charged with obstruction.  Her lawyers were not raided, but given immunity so none of them had to flip to save themselves.  If Trump and his lawyer Cohen made an “illegal campaign contribution” to Stormy Daniels then Hillary and her lawyers made a thousand times that in selling her presidency to the Russians and every despot around the world!  Hillary says Trump cannot charge her with any crimes because “America does not persecute political losers as despotic dictators do,” but Democrats ARE PERSECUTING Republicans as political winners trying to make them losers!  Since when are crimes not charged against political opponents whether they win or lose?  Only when it is Democrats whose corruption and crimes are uncovered do Democrats demand amnesty.  Trump shouldn’t just fire Mueller as that wouldn’t end the investigation, but just give Democrats ammo to use in propaganda against him.  He should arrest him and charge him with violations of the 4th Amendment rights of everyone whom he is investigating, especially when Mueller gave all Trump’s attorney’s data to a third party of New York liberal lawyers.  But more amusing would be if Trump neutered Mueller by granting pardons to everyone he is investigating, including himself, which would end this witch hunt farce and stick it down their craw so deep all they could do is gag on it impotently.  In leftist’s world the righteous are guilty until proven innocent, but their own are innocent even when proven guilty.  Trump needs to turn this investigation back on the Democrats and Sessions needs to get his little butt in gear and get with the program.  All of this is nothing less than a coup attempt by Democrats to overthrow the election by criminalizing Donald Trump and, by extension, Republican voters whom they already slanderously label racists promoting hate speech.