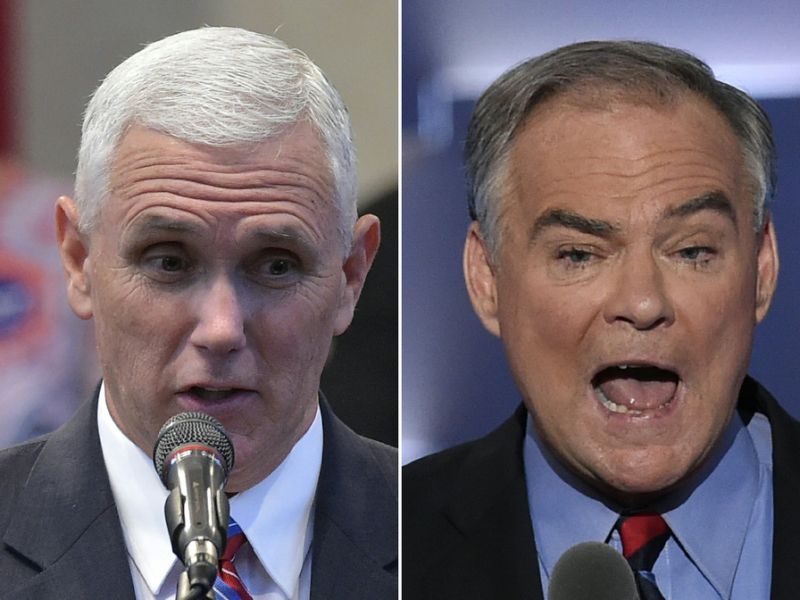 If the quality of the presidential candidates is reflected in the people they choose to work with them, then their first choices of running mates proves Donald Trump’s judgment shines brilliantly while Hillary’s mystery date is a dud.  If they were songs Trump’s would be, “We are the Champions,” while Hillary’s is, “Bring in the Clowns.”  Her VP Kaine came to the debate loaded for bull(sh*t), and while he blew off his load bashing Trump and constantly interrupting Pence (five times in Pence’s opening two minutes) like a petulant child suffering a severe case of ADHD, Pence spelled out the policy failures of Hillary and Obama that have wrecked the economy and left the world in flames.  The intellectual Republican then put forth how Trump advocates for tried and true policies that have been eminently successful throughout American history that would restore the nation.

As the obvious adult in the room, Republican Mike Pence didn’t suffer Kaine’s diarrhea of the mouth lightly, at one point saying, “Let me interrupt you back and finish my sentence.”  (What he should have said is, “Timmy, do you need a moment to go backstage and take your medication?  Here’s a lollypop.  Stick that in your mouth and maybe shut up for minute while the grown-ups talk.”)  Kaine spent his time throwing out dozens of little snippets he must have spent the last month practicing in hopes they would become bumper sticker sound bites.  The Democrat moderator spent no real effort to deter Kaine, but if Pence spoke up she would berate him continuously and, to his credit, Pence rightfully talked over her as well.  Kaine proved to be every bit as insane as he looks leaving debate watchers wondering what kind of drugs he has been doing all his life – and he calls Donald Trump “unstable.”

Kaine made numerous insane statements like ‘Trump admires the world’s worst dictators.’  Pence pointed out that Hillary has been taking campaign donations from foreign potentates in the Middle East.  As the self-proclaimed champion of women’s rights, she has some explaining to do about why she not only takes money from Islamists who inflict Sharia on their people, but why she invites them to come to America and allows them to fight to impose their oppressive religious laws here.  In liberal world Sharia and socialism are good things, while in all of history they are the ideologies of evil with ten times more blood on their hands than all others combined.

Some of Kaine’s prepared snippets included:

The answer is that Americans want a president who will fire all the Democrats, especially Obama’s czars and all his operatives who are choking America to death.  They do not want a president who will hire all the illegals and invite more into the country.  Kaine claimed that Trump runs an ‘insult driven’ campaign.  Focus groups of Democrats gave Kaine an ‘A’ for his whine that Trump has called women names, while Republicans and Independents gave him an ‘F,’ and the same groups reversed for Pence’s retort that Hillary has been far more insulting to far more people than Trump.  Wonder which side is nastier?  Who remembers Democrats howling in delight when Barack Obama referred to Sarah Palin with his remark about putting lipstick on a pig?

What Trump can learn from Pence