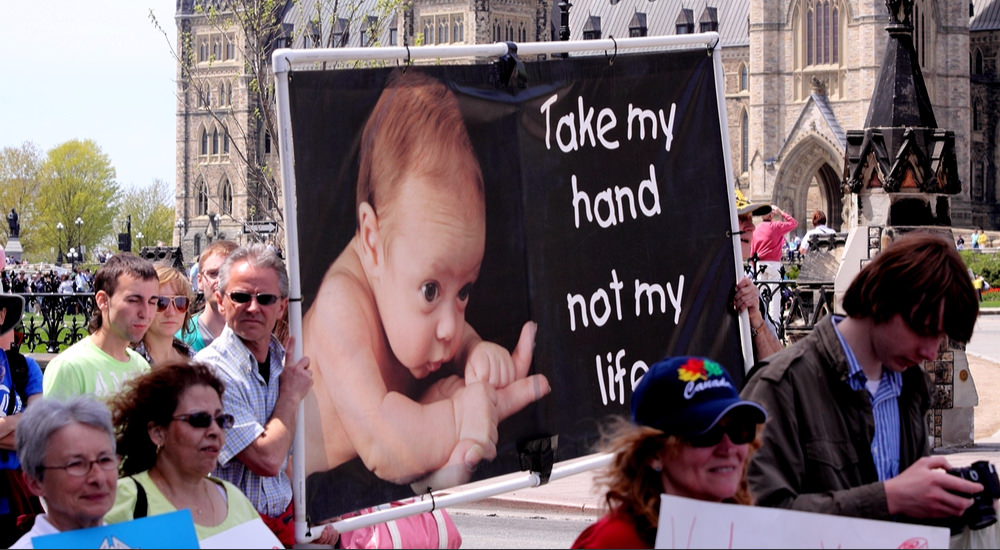 With the election now only days away, there are a number of conflicting polls and opinion writers plus an avalanche of political experts ,all telling us how to vote ,how we are going to vote and what is important to the “American People” .

Of course none of them actually know much if anything about the subject they are apparently expert on.

This is the first of a number of articles I have written that will lay the facts as they currently are.

I used to be a pro-choice man, and felt that when there are  medical reasons that a pregnancy may endanger the life of a mother ,politicians should not interfere. However I am now firmly pro-life.

This transformation did not come about from any political or even religious conviction; I simply decided to do the research into the issues.

When politicians talk about late term abortions, they rarely expand on the term, and  for good reason.

In 2014 the media research organization released a video depicting a late term abortion. It is still available on the web for those with a strong stomach.  Hillary Clinton has constantly defended the practice. A recent article by Washington Times correspondent Alexander Hunter, accurately described the procedure.

During a partial birth abortion the abortionist pulls a fully viable child –often kicking and thrashing feet first from the mother’s womb leaving only the top of the head .inside the birth canal. This is necessary to comply with the law. If the baby is taken completely from the mother alive then it is a birth and not an abortion. A legal technicality but , it enables the abortionist to end the child’s life before the birth.

This is accomplished by stabbing through the base of the skull with a pair of scissors and into the brain. The instrument is held there until the baby stops thrashing and moving.  This occurs with a sudden spasm.  Then the scissors are opened to enlarge the wound allowing blood and brain matter to be expelled. The procedure is completed with the insertion of a vacuum tube that empties the brain matter and collapses the skull. The body is then removed from the mother and discarded.

Legally this is perfectly acceptable; personally I believe it to be murder. More in keeping with a Nazi experimentation camp in WW2, than in a modern nation like America.

Attempts by lawmakers to ban partial or late term abortions have been opposed constantly by the progressive Democrats. A view championed by their nominee Hillary Clinton. Her stand for women to make their own choice has little to do with care compassion and common decency. She forgets that women who become pregnant do so, not by some divine intervention, but because they had sex. In most cases this is a rational choice on their part. Whilst no one would defend rape . Is it right to kill a healthy baby just to relieve the mother of the emotional shock of giving birth to her rapist’s baby ? Some would say yes, but of course no one asks the baby. There are other options such as adoption that will not result is the destruction of life. Also I abhor groups like planned parenthood that cash in on this  grisly trade. Making a lucrative profit, out of the business of legalized murder .  This is a group wholly supported and backed by Hillary Clinton. We need to open our eyes and see her and her party for what they really are. If we refuse to defend the helpless unborn, then who will?

Now Mrs Clinton is seeking the highest office in the land . My question is simple. Would you happily vote for Nazi doctor Josef Mengele for president? If not why would you vote for a woman with similar ethics?