As the Vitriol found at Charlottesville Subsides, we must Return to Reason 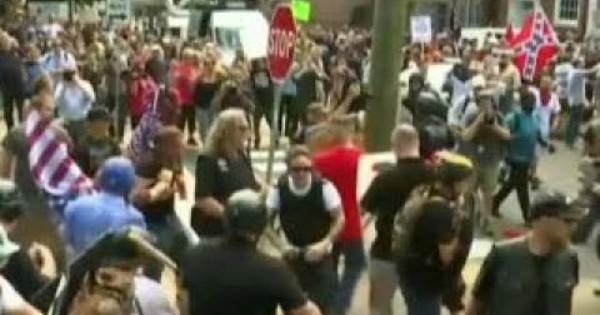 Let me first preface this rant with the statement that in no way do I agree with the alt-right movement. I condemn racism and bigotry as the ignorance of a few. I likewise condemn the violence of all congenital philistines who wantonly engage those with whom they fundamentally disagree. I implore, if you begin reading this essay, that you read through the entire text to the end and not otherwise pass judgment. That would be like listening to the nightly lies or reading the headlines of the birdcage liners and accepting the “journalist’s” perverted opinion as fact.

That given, I am not in favor of revising the history of the United States of America or that of the world for political or ideological reasons. There are a lot of things that have been done wrong throughout history just as there are many things that have contributed to the greatness of the civilization we know today. We should leave all references to both sides in place for future generations to study, dialogue and understand.

Public schools today, if they teach any world history at all, tend to promote the sexual preference of Napoleon Bonaparte over the accomplishments of the man as he led the French army in the early 19th century. Likewise for Julius Caesar, a respected and accomplished Roman general and statesman whose political desires and aspirations caused the demise of the Roman Republic and resulted in his own assassination. This also precipitated the rise of the great Roman Empire. Subjective ideological assertions to leaders such as Hitler, Stalin, Mussolini, Hirohito, Mao, Castro and Chavez distort the true accounts of their accomplishments, misdeeds and failures.

Removing or defacing statues, renaming buildings, streets, parks and etc. to reflect the softness of the current times, denies that past ills of the nation ever existed. It does nothing for the actual histories behind the monuments, but simply allows for the revision and distortion of that or those histories. Just as the kids of today cannot understand the meanings or reasons behind wars of America’s past, they will most certainly not understand the struggles of today or yesteryear because of the current portrayals of those events.

In his speech on Tuesday, the president questioned if other tributes to other generals and artifacts would be removed from public view. How far can we go in this world of political correctness? Removing the remnants of societal ills does not remove the repugnance of the times to which they point. It only allows for misrepresentation of those times. I question much of what President Trump says and does, however, on this I believe he agrees with me.

Monument – to remind, advise or warn.

Should we eliminate Mount Rushmore? After all, it depicts four round-eyed white guys…no women, no people of color, no gays, no staunch environmentalists. Two of the four presidents whose likenesses are carved into the Black Hills were slave owners. A third portrait member was a proud and unequivocal racist. Perhaps the removal of the Sewall House/Belmont-Paul Women’s Equality National Monument would be in order because it specifically signifies the fight for rights for women. LGBTQ need not apply!

Shall we level the pyramids of Egypt?

This slope is steep and heavily greased. If left to the few anarchists, our history might be extinguished within a few decades.

All sides were to blame for the violence at Charlottesville, and there were many.

As the president stated, the blame for the violence at Charlottesville rests in numerous places and not solely on the shoulders of the despicable alt-right group or groups know as “Unite the Right” white nationalists, white supremacists, KKK or any other ignorant and insane bigots associated with that rally.

If there is to be blame, it would lie in four categories: The office of the mayor (Michael Singer), the governor of Virginia (Terry McAuliffe) and the voracious media that covered and exacerbated the events with their presence and endless repetition of the violence and mayhem. Additionally, if there were no armed and angered counter-protesters allowed in the vicinity, there would have been no murder and terrorism by car.

The first, and arguably the greatest responsibility for the chaos and problems of the day is Mayor Michael Singer and the city offices under his jurisdiction. Allowing two highly excitable, volatile and diametrical factions to assemble within proximity, on the same day and at the same times invited conflict. Calling for a police stand down when engagement began was perhaps the second most foolish act for any public official, especially after they had observed counter-protesters with armor, weapons and desire for battle.

Next in line but certainly not of tertiary responsibility would be the counter-protesters themselves. This collective was made up of various groups (as Bogie might say, “the usual suspects”) known for violence and destruction. The resistance, Black Lives Matter, Antifa and related groups have even called for and been indicted for violence at their rallies and the brutal and senseless killing of police officers. These cliques are as far out of the mainstream and at least as hateful and dangerous as are the white nationalists. Many members of these groups have been arrested or have arrest warrants against them for causing bodily injury to others, domestic terrorism and property destruction.

To reiterate, I admonish the deplorable thoughts, words and actions of the ignorant racist bigots known as white nationalists or white supremacists and any inherently hate filled morons. However, I don’t believe there is logic in holding them solely accountable for the actions of last Saturday just because they exist.