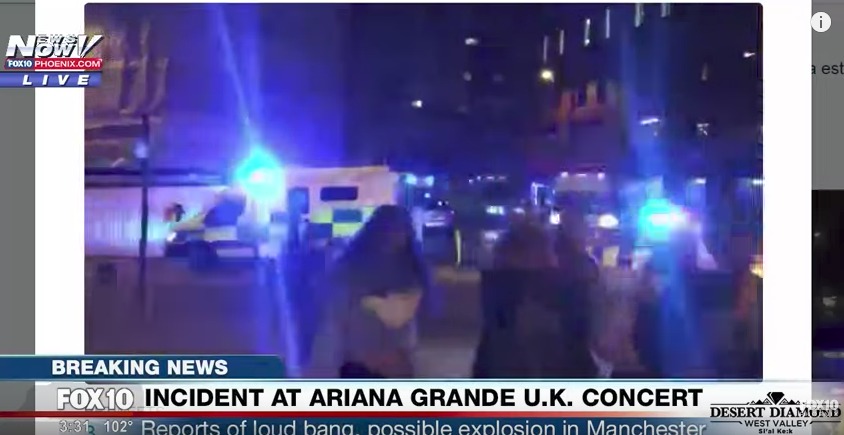 I don’t usually write about the politics of other countries, I stick to American politics. I rarely even write about American foreign policy. I wasn’t going to write about the terrorist attack in Manchester, even though I live in the U.K.

I’m not going to say the victims are in my prayers (even though they are). If we pray for London then why aren’t we praying for the people of Beirut or any other place in the world where innocent people die? Are we only praying for London (or any other country in the West) because, well, it’s the West?

I’m not going to put a Union Jack overlay on my Facebook page photo. This is selective mourning. It was done for the Paris attacks but was it done for the attacks on the Russian subway system? Or the [constant] attacks on Syria? No and no!

I’m not going to embarrass myself by using any hashtags which people on social media seems to think it makes a difference. I’m not a narcissist. No #manchesterbombing, #manchesterarena, #ariana, or any of the myriad, over done hashtags.

I shouldn’t have to qualify my feelings with acts which are basically meaningless on social media.

What I’m going to write about is how people have become delirious to the way they treat others right after a terrorist attack.

The U.K., this is their second attack in two months. Khalid Masood’s led him to kill four people and injured more than 50 in the murderous attack in Westminster. Masood had a 20-year history of offending which saw him jailed at least twice. He was born in Kent with the birth name Adrian Elms, a local-bred terrorist.

Anyone who criticizes the U.K.’s immigration policies in any way, shape, or form is automatically labeled a racist. A xenophobe. An Islamophobia. There is no room for discussion. Most of the people still want more immigration. Will they ever learn?

Instead of having a discussion on how to prevent this in the future, people are outraged at the latest tweet by Tommy Robinson and Katie Hopkins.

For a moment I thought the Independent was coming to their senses when they wrote, “she was, for once, speaking some sense behind the usual attention-seeking interventions.” The author went as far to say, “Maybe, to be fair, Hopkins was thinking about the various education and de-radicalisation programmes that are going on in communities and prisons with a view to eradicating mindsets, not people.” But then the author goes on to say “I have my doubts, though.”

If we take the advice that Khan is giving Londoners, then all that does is normalizes terrorist attacks and terrorism in general. To simply make this claim about terrorism gives those arm-chair terrorists wanting to do harm a free reign. Quran 4:95 criticizes “peaceful” Muslims saying they’re not as worthy to Allah as the ones who fight.

You can check out more of my posts at Eagle Rising or my Facebook page.