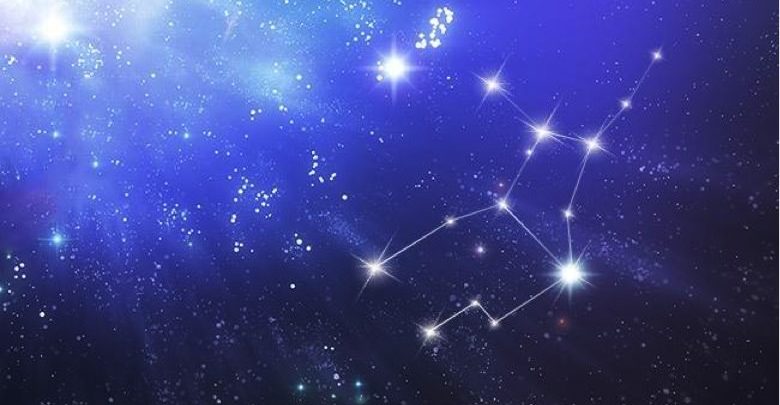 Strange developments are taking place in the constellation Virgo involving a passage in the book of Revelation and Virgo’s position in the upcoming autumnal equinox.

First, here is the passage in Revelation that has non-astrological observers doing a double-take at Virgo.

1And there appeared a great wonder in heaven; a woman clothed with the sun, and the moon under her feet, and upon her head a crown of twelve stars:

The constellation Virgo has been identified as a woman, a virgin, for thousands of years. Here are two depictions of Virgo. 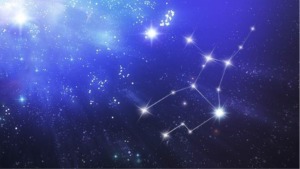 And a somewhat more fanciful version:

[I agree; it’s quite a jump from the stick figure to the woman]

Come September, there will be an alignment of moon, stars and planets that will transform Virgo into a rather uncanny representation of the woman of Revelation 12:1. At that time the Sun will be sitting on her left shoulder, and the moon will be directly beneath her feet.

“…and upon her head a crown of twelve stars.”? Sitting directly above Virgo’s head is the constellation Leo, the Lion. Leo is made up of nine stars; three short of a crown of twelve. But in September three planets, Mercury, Venus and Mars, are going to be aligned, within Leo, giving Virgo a “crown” of twelve “stars.”

2 And she being with child cried, travailing in birth, and pained to be delivered.

Normally this would not take long, but in this case Jupiter is undergoing a “retrograde” [apparent reversal of direction arising from Earth orbiting faster than Jupiter] movement. Given the retrograde loop that Jupiter will go through, Jupiter will not be exiting Virgo’s womb, between her legs(!), until early September, at the earliest. Roughly nine months after entering! (Dating the exit exactly on the autumn equinox, September 23, would, by my reckoning, be about nine and a half months. I wonder if a late birth would account for the “travailing.”)

So now we have Virgo clothed in the Sun, with the moon at her feet, a crown of twelve stars, and, being with “child”, Jupiter in her womb for a good nine months, waiting to be delivered. This is an uncanny celestial representation of the woman in Revelation 12:1.

So what is to be made of this year’s autumnal equinox, September 23, 2017? Is this a day of prophetic significance? I think not. Or, more precisely, I see no compelling reason to think it is.

If this was the full Virgo phenomenon, this would be the end of this paper. But it turns out that, as unlikely as all this is, this is not all that’s happening.

3 And there appeared another wonder in heaven; and behold a great red dragon…

and the dragon stood before the woman which was ready to be delivered, for to devour her child as soon as it was born.

The head of a “dragon” has appeared between the legs of Virgo! Here is a picture of the beast from NASA’s Quick Sky View virtual planetarium.

OMG! This is the actual view.

Here is the little darling in infrared (as in red dragon):

As nearly as I can tell, Jupiter is going to exit Virgo’s “womb” right into this thing.

Was this apparition present in the four earlier Virgo alignments? I do not know. But I do know that, without modern technology, it was never before seen in this, or any other, configuration. So, in this sense, we are witnessing an absolutely unique event in human history. If Revelation 12:1 was written especially for the generation that would actually witness its full rendering in the sky, we are that generation, and the book of Revelation is especially for us.

I still don’t believe this indicates that anything of biblical proportions is going happen on September 23 per se. But I do believe it means that many things of biblical proportion, as told of in the book of Revelation, are going to happen within the lifespan of this generation. This is God giving us (another!) advance warning to cease and repent before it’s too late.

Of course no astronomer, no educated scientific person can take any of this seriously. Or can they?

Here is a picture of the sky at the dragon’s coordinates from NASA’s Sky View web site.

No, I have not blacked-out the dragon; NASA has!

Google Sky is involved in the same exercise (or is that exorcism?). Here is the link to the Google sky page showing Virgo, also with the dragon blacked-out.

The only reason I have been able to include a picture of the dragon in this paper is that NASA’s censorship has been incomplete. The image is blacked-out on NASA’s Sky View images but, presumably through some bureaucratic oversight, not on NASA’s Quick Sky View images.

Why NASA, and the infamous censors at Google, are censoring this image I do not know. I leave it to you to figure out. But if taking positive action to black-out an image in the sky is taking the image seriously, then some educated, scientific people are taking this image seriously indeed.

And God said, Let there be lights in the firmament of the heaven to divide the day from the night; and let them be for signs… Genesis 1:14 (KJV)