One female rioter told a reporter, “There will be casualties on both sides. People will have to die to bring peace.”

A Hillary supporter posted a video. I can’t link to it because of the vile language, but she screamed, “This has to be a joke! I can’t believe this is happening! I’m literally about to f**king kill myself, and I’m not kidding! You’d better f**king fix this s**t right now!”

Unbelievable! These morons seem to actually believe that by rioting and cursing they can force the nation to overturn an election in which 120 Million Americans voted. 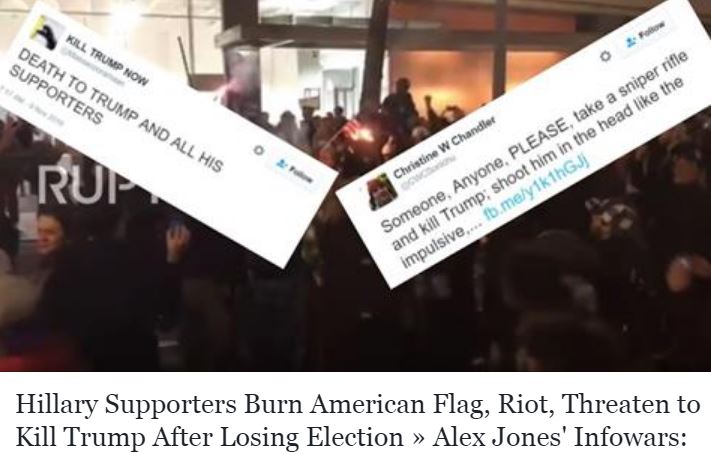 By the way, these are not “protests” as the Liberal media suggests. Most are full-blown riots. People have been shot, cops attacked, stores destroyed, buildings burned. You know, all the normal peaceful forms of protest employed by Liberals when a court decision or an election doesn’t go their way.

The irony is that most of these rioters probably didn’t even vote. While not formal scientific polls, man on the street interviews with rioters show that many either stayed home on Election Day or never registered to vote. If they had peacefully exercised their right to vote the election might have turned out differently. Instead, they choose violence and murder as the remedy for abdicating their civic responsibility.

More Than A Half-Dozen Officers Stood & Watched For 8 Minutes As A Teen Hung Himself
August 13th, 2022 Sons of Liberty Media