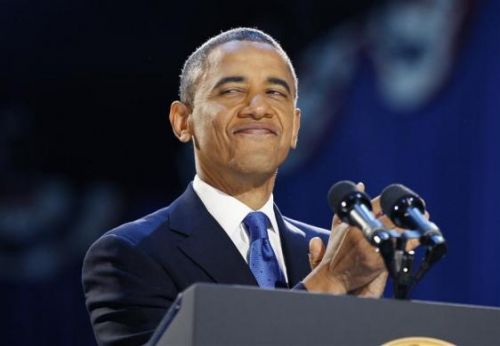 Obama’s open defiance of U.S. Citizenship rules proclaimed an anti-Constitutional revolution! The President of the United States has openly betrayed those who elected him! As a Constitutionally-criminal Alinsky revolutionary, Obama protects those who have no right to vote!

The globalist “fraudulent Republican” Kissinger proclaimed, “Obama has been groomed for the New World Order.” The anti-Constitutional, subjugating, colonizing, New World Order revolution to enslave true Americans! What assurance did Kissinger, Soros, Goldman Sachs and Gulen give Obama to openly say this?

The radical revolutionary Obama said, “When you vote you are a citizen yourself. And there is not a situation where the voting rolls somehow are transferred over and people start investigating, et cetera. The sanctity of the vote is strictly confidential.”

So in the next 48 hours what is to be done? First, real We The People citizens must check to see the guidelines for Citizens Arrests in their states. And then with the help of Veterans:

(a) It shall be unlawful for any alien to vote in any election held solely or in part for the purpose of electing a candidate for the office of President, Vice President, Presidential elector, Member of the Senate, Member of the House of Representatives, Delegate from the District of Columbia, or Resident Commissioner, unless—
(1) the election is held partly for some other purpose;
(2) aliens are authorized to vote for such other purpose under a State constitution or statute or a local ordinance; and
(3) voting for such other purpose is conducted independently of voting for a candidate for such Federal offices, in such a manner that an alien has the opportunity to vote for such other purpose, but not an opportunity to vote for a candidate for any one or more of such Federal offices.
(b) Any person who violates this section shall be fined under this title, imprisoned not more than one year, or both.
(c) Subsection (a) does not apply to an alien if—
(1) each natural parent of the alien (or, in the case of an adopted alien, each adoptive parent of the alien) is or was a citizen (whether by birth or naturalization);
(2) the alien permanently resided in the United States prior to attaining the age of 16; and
(3) the alien reasonably believed at the time of voting in violation of such subsection that he or she was a citizen of the United States.
(Added Pub. L. 104–208, div. C, title II, § 216(a), Sept. 30, 1996, 110 Stat. 3009–572; amended Pub. L. 106–395, title II, § 201(d)(1), Oct. 30, 2000, 114 Stat. 1635.)