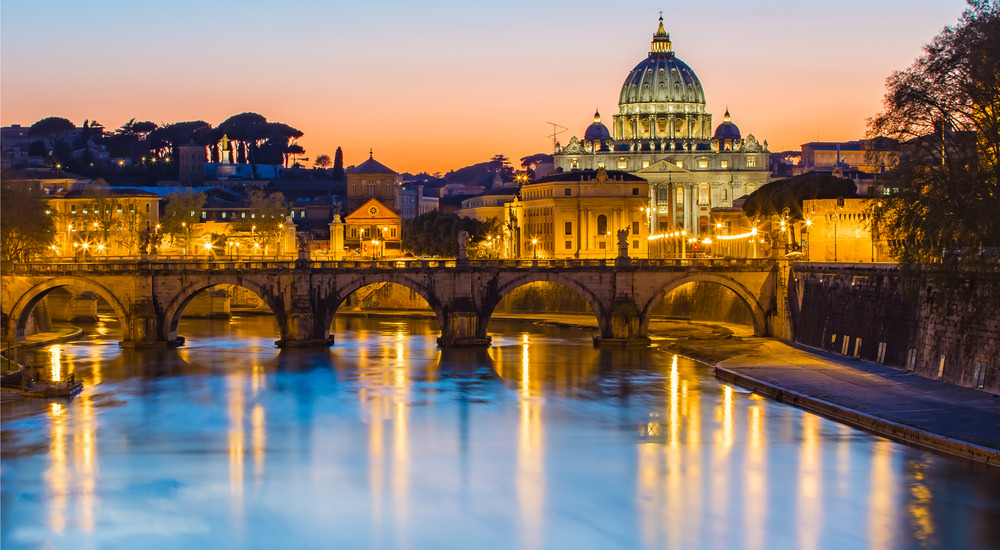 Mount Etna is not the only volcano erupting anew in Italy. Severe tremors are occurring in a Vatican ready to erupt into schism! Indeed, the schismatic quake will be felt around the world!

The history of the Vatican is controversial, colorful and complex. The world’s smallest country, at just 109 acres, has a population of roughly one thousand. Few would have guessed Our Lady of Fatima’s 1917 predictions about “Annihilation of Nations” could include the Vatican!

Our Lady of Fatima warned that if Her requests were not heeded, Russia would “spread her errors throughout the world, causing wars and persecutions of the Church. The good will be martyred, the Holy Father will have much to suffer, various nations will be annihilated.”

Indeed, Russia did spread its errors throughout the world, incrementally destroying the Vatican internally and externally. The start of this can be read in AA 1025: The Memoirs of an Anti-Apostle by Marie Carre. In this book endorsed by Catholic icon Alice von Hildebrand, though opposed by Leninist feminists, the Vatican was already infiltrated with 1025 Russian agents by 1930.

The Vatican diplomat bully is Archbishop Marcelo Sánchez Sorondo from Pope Francis’ homeland of Argentina. Both are Argentinians. Ordained in 1968 as a priest in the diocese of Rome, then as a bishop in 2001, Sanchez has an anti-capitalist worldview and is opposed to traditional doctrine. He was brought to Rome by Pope Francis and is his kind of right hand man.

In later reflections on his life, the great American patriot Father Charles Coughlin revealed, “If I had to do it over again, to choose between a Vatican diplomat and the Truth, I would choose Truth!” This should be the attitude of all Catholics toward the notorious Marxist bully, “Archbishop” Sanchez, who belittles journalists in a shockingly un-Catholic manner!

And it is, indeed, the determined attitude of three clerical Catholic Musketeers! Notably Cardinal Burke, Cardinal Sarah, and Cardinal Mueller! Reports one Vatican insider to Vigileaks, Cardinal Burke is unstoppable, “though given no access to almost anywhere.” Cardinal Sarah is demonstratively one the apostate Sanchez cannot stop! And Cardinal Mueller will be at the Toronto Cathedral in two weeks to reveal more to the public!

As the traditional cardinals prepare to re-conquer the Vatican, the globalists prepare to conquer Italy through immigration. A report from Libya claims there are at least 800,000 migrants on the coast waiting for the right moment to cross the sea to Italy. When this happens, this will still be another, if you will, volcano, to annihilate the nation and peoples of the Vatican and Italy.