Vaccines for the Future? 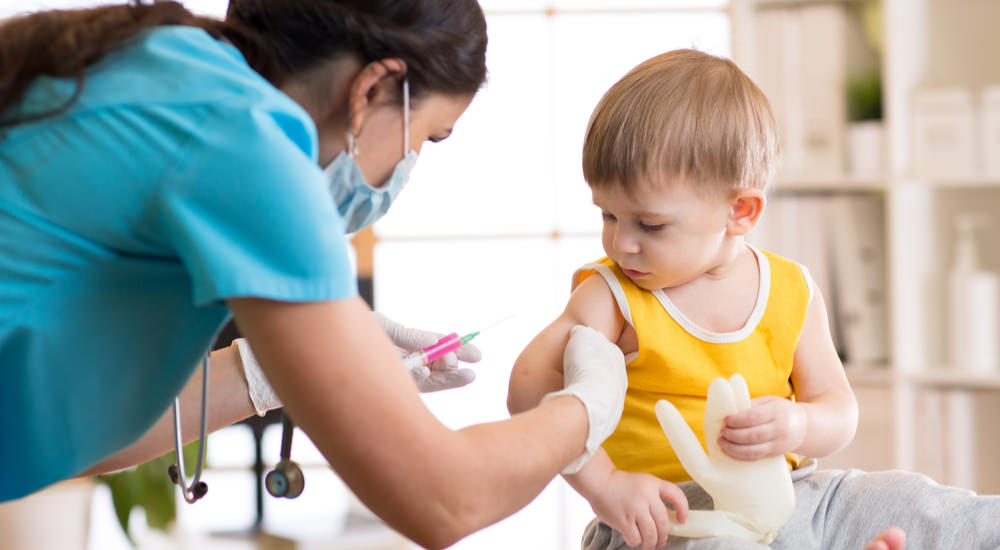 The Truth About Vaccines – Part 2

I have learned over the years that it is very foolish to trust our government.  They have failed America on so many levels.  It is a disgrace.  The EPA under Obama allowed what was known as Agent Orange in Viet Nam to be infused into our foods via GMO products.  We are now inundated with GMO products and are consuming glyphosate, Agent Orange, in our cereals, vegetables, fish and even fruits.  Monsanto denies any danger but billions of dollars rest on their ability to continue to deceive us.  That’s why Obama appointed Monsanto’s Vice President Michael Taylor as Food Czar aka the Deputy Commissioner of Foods. 1

Even the Center for Disease Control is playing games with the American people.  The vaccine scandal that’s exploding in China is a mirror image of the vaccine scandals that have been covered up in America by the CDC, a military organization run by military intelligence officials.

In both countries, the media are ordered to censor / blacklist the entire story in order to withhold the truth about dangerous vaccines from the public.

Millions of babies are being harmed, maimed, hospitalized or in some cases even killed by toxic vaccines, all around the world. But the public is never allowed to know this because in America — just like in China — the “vaccine deep state” orders the press to ignore every vaccine scandal. 2

People are getting vaccinated for shingles and getting shingles anyway along with other diseases.  Zostavax, a popular shingles vaccine, is in hot water: The inoculation has been tied to numerous cases of vaccine injury, and even shingles itself. Merck, the company that makes Zostavax, is now facing multiple lawsuits from patients and families harmed by their product. At least 80 deaths tied to the Zostavax vaccine have been reported to the Vaccine Adverse Event Reporting System (VAERS), along with over 100,000 reports of other adverse side effects.

As Dr. Robert Scott Bell, of The Robert Scott Bell Show, explains, the vaccine is failing because “it’s not facilitating natural antibody production.” Bell notes that in the past, he warned of the potential for the shingles vaccine to ultimately cause more of the illness its supposedly designed to prevent.

The shingles vaccine is causing disease and other ailments

“I think on some level, it’s by design,” Bell contends. Vaccines, Bell posits, are one of the many medical weapons he calls “disease creation machinery.” He adds that this disease creation ultimately translates to a lifelong dependence on pharmaceutical intervention. Bell argues further that antibodies alone aren’t necessarily enough to protect against disease. While they do obviously help, a healthy, functional immune system relies on much more than just antibodies — and a weakened immune system will not function well, even with an abundance of antibodies.

Perhaps that’s why the shingles vaccine has been so disastrous. 3

Big Pharma goes along as if nothing is wrong.  The 2017 flu season was a total failure for the vaccine pushers but they have doubled down for 2019.  The push to get vaccinated is in full swing, whether you’re at the grocery store or simply watching the evening news. “It’s never too early to get the flu shot,” vaccine pushers are saying. And after the massive failure of the 2017 flu shot, it’s no surprise that pro-vaccine propaganda is already everywhere.

As the masses become more aware of the fraud behind the flu vaccine, Big Pharma and their puppets are going to be working overtime to sell their disinformation. In 2017, the flu vaccine was so ineffective that experts warned there would be a “Flu-pocalypse.” As a news video by The Highwire with Del Bigtree shows, media pundits around the world declared that the 2017 flu shot was only about 10 percent “effective,” yet companies and hospitals around the U.S. are forcing employees to get vaccinated.

“It’s a terrible vaccine,” Bigtree states. “But what’s outrageous is how much fear they’re creating around the idea that they may not have a vaccine,” he contends. Indeed, the fear here is actually being used to serve the vaccine industry. It’s as if these people believe the human immune system simply can’t function without a shot.

As Bigtree contends, the media seems to use fear-mongering to push people towards vaccination, even when the vaccine clearly doesn’t work. Last year’s vaccine was a total sham — and this year’s inoculation will be no different. But everywhere you look, there’s an advertisement for the shot. Some places are even doling out flu shots for free, but it seems Big Pharma can’t even give these things away anymore. 4

There is a push to get away from this insanity that media ignores even though he is a ranking member of the left, Robert F. Kennedy, Jr.  I am not his biggest fan, but I do agree with him concerning this charade being performed by Big Pharma.  The great campaign to coax more Americans into getting a flu shot seems to get more aggressive every year. As the mainstream media continues to push the narrative that flu vaccines are some sort of miraculous tool for keeping illness at bay, vaccine skeptics like Robert F. Kennedy Jr. are speaking out – and shedding light on the real truth about the flu shot, and the CDC and pharma industry’s tactics to keep you compliant with their agenda.

When big business gets to influence public health policies, you know you’re in trouble. As RFK Jr. notes, the flu shot market is estimated to be worth around $3 billion – surely nothing to sneeze at. And the pharmaceutical industry (and their CDC cronies) will stop at almost nothing to secure those profits. Along with the endless stream of advertisements imploring Americans to get jabbed, RFK Jr. writes that the “CDC recommends ‘creating concern, anxiety and worry’ among the American public” to keep flu shot recipients rolling in.

But the industry’s campaign to keep flu shots profitable doesn’t end with scare tactics, billboards and other forms of advertisement. The conversation about flu shots (and really, vaccines in general) has devolved into a dictatorial swamp; if you question the products’ safety and do not subscribe to vaccine ideology, you’re blacklisted by the media and labeled as a “crazed conspiracy theorist.” 5 v

There is so much evidence that these vaccines are not given the time to be proven safe and it’s all for the love of profits that the lives and well being of the American people are put on the line.  Shocking video footage from a recent CDC meeting shows that everything the media tells us about vaccine safety is a lie. Despite the media’s claims that vaccines are thoroughly tested and undergo rigorous safety examinations, it turns out the CDC is blindly approving vaccines without any evidence of safety. Concerns about the safety of getting multiple injections at once are often written off by mainstream medicine, thanks to overarching vaccine dogma — but even CDC officials now admit that the cumulative effects of vaccination have never been studied, and many of the vaccine formulations used here in the U.S. are not used in other countries.

The vaccine industry might just be worse than anyone could have ever imagined. As these improperly tested inoculations are being rushed to market, the consumer is unwittingly being turned into Big Pharma’s guinea pigs. 6

If you’re pregnant, please, think twice before you get a vaccination.  Despite the claims of safety, Dr. Brian Hooker is speaking out about the fraudulent science being used to promote the vaccine agenda. According to Dr. Hooker, a past study held by up the industry as “evidence” that it is safe to inoculate pregnant women is actually nothing more than a farce and is another piece of vaccine propaganda put out by Big Pharma and their lackeys. Tetanus, diphtheria, and pertussis (Tdap) vaccine have been recommended for pregnant women since 2012, but it turns out the alleged evidence of safety is woefully lacking.

Our government is getting any better yet.  We still have to look out for ourselves and we have the resources to properly do it.  Our well being is in our hands, where it belongs, and we must act wisely.