The Useful Idiots of the BLM Movement 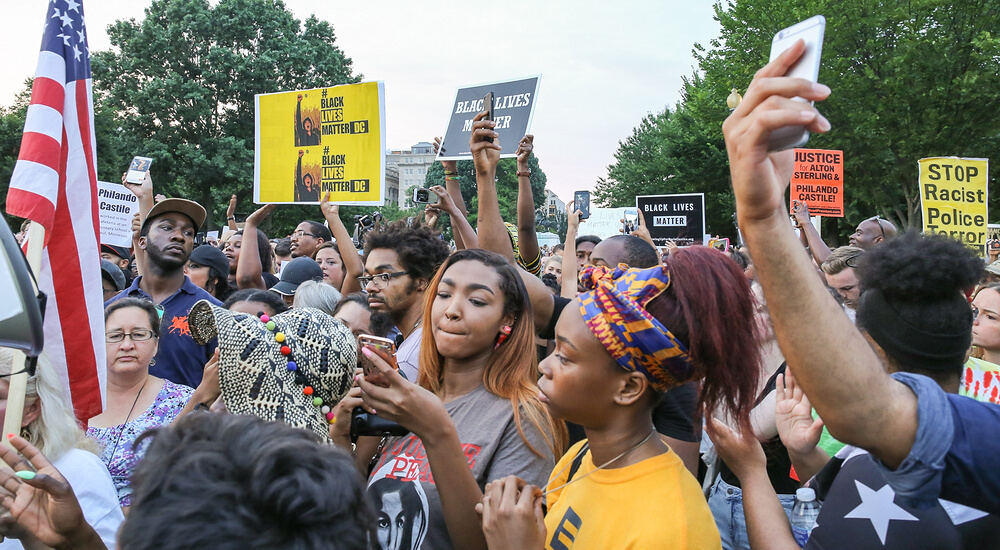 Obama said before the Dallas killings that the recent two black deaths were from “systemic” racism among the police and are not isolated incidents. His own FBI statistics prove that to be part of the Alinski “Communist” tactic of deception to create class and race conflict. Which is supposed to lead to a leveling of the playing field for the masses. Didn’t work too well in the Soviet Union. Then the totally brainwashed media fails to note that the next day Obama contradicts himself, after the Dallas deaths, and applauds the police for the majority being upright and trustworthy protectors of the public.

Obama doesn’t even pay attention to what he says one day to the next. He can’t have it both ways. If the majority of police are performing their duties lawfully unbiased then racism can’t be systemic and the incidents of questionable police actions are indeed isolated incidents, contrary to his statement that they aren’t. And FBI statistics support that. From the 3 million interactions annually between the approximate 800,000 state and local police making routine stops and investigating crime there results an average of 150 deaths that are looked at for police misconduct. Of those numbers approximately 1/4 or about 35 are black. So the majority of those killed by police are of the remaining races with about twice as many white victims.

These are deaths due to questionable police responses. While the average annual total of deaths is around 400, of which the percentage’s break down in a similar proportion the majority are justified actions by police engaged in preventing crimes. So 99% of the time the police show incredible restraint and caution and the handful of unfortunate events that are the result of the police overreacting and poor decisions are indeed “very” isolated incidents. But the “if it bleeds, it leads” leftist media whose schizophrenic Stockholm Syndrome can’t tell the difference between charlatan terrorists, race hucksters and evil duplicitous politicians and the idiots they’ve fooled into following their godforsaken crusades of violence founded upon the most ridiculous lies and false characterization of themselves and the police, what would you recommend be done with the mindless zombies that stupidly think they’re engaged in peaceful non violent protest. You can’t separate mob violence from mob protest if the participants are gullible, uneducated, uncivilized moron’s.

BLM is a violent terrorist organization manipulating, for political power and profit, those who want to engage in crime and violence against the “civilized society and those to stupid to realize they’re being manipulated and fooled into believing they’re engaged in some constructive effort to achieve “social justice ” through protest that are inherently violent and unjustified. The truth is crime, both political and economic, is a much easier occupation than taking the difficult road, as the majority of Americans do, of paying their dues, working at hard honest labor and self improvement, persevering and building the truly spiritual character traits of faith and grace that are required to transform society.