US Constitution Doesn’t Have a Birth-Right Clause 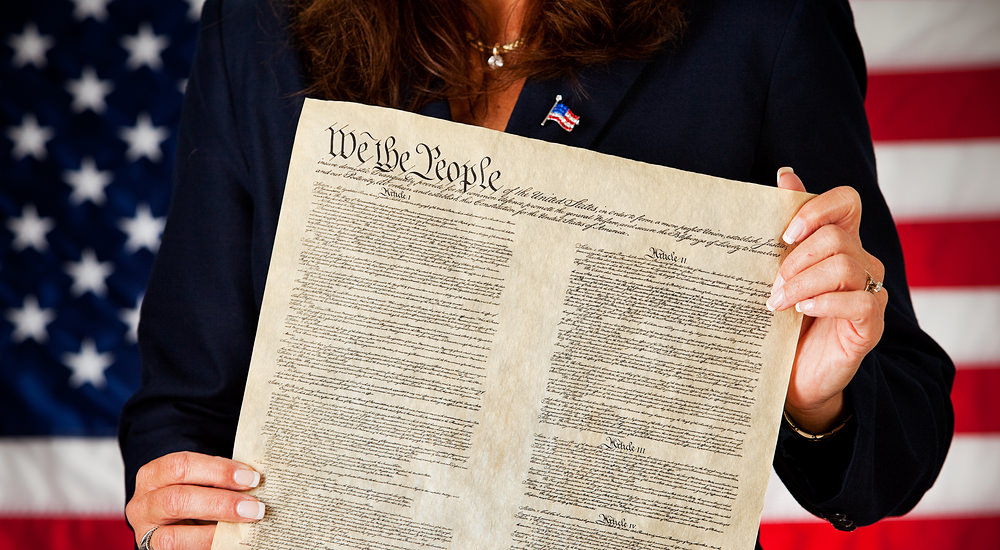 I just read that Mr. Trump might consider Amnesty for 20 million illegals already living in America. I have two reason why this is a bad idea, and why it is an illegal, law breaking/treason like act that is not allowed by US Constitutional and Criminal/Immigration laws. I won’t go into the first one here, but promise to write an 0p-ed on it in a week: “Amnesty law in the US can only be used to serve America’s citizens. I will instead cover or explain why none of the children being born to illegal/trespassing invading aliens are NOT US Citizens, as the biased/politically influenced US Supreme Court keeps trying to convince US legal American citizens. I can’t go into it too deeply because my publisher would sue me for breach of contract (because this information is covered in my book), so all I can tell you is that the word “All” is being used incorrectly and misread by the Supreme Court, and most politicians, because they do not have the writing or reading skills that the writer’s of the US Constitution had in 1776.

Read this sentence: “All people have red hair.” This sentence has the same sentence structure as Section 1 of the 14 Amendment, and is perfect to show you what I mean without getting into trouble with my book sales. The word “all” in this sentence is serving as an article in this sentence so it is optional, or a NONE word when sentence analysis is applied to it. This action leaves the real sentence, as in the sentence of section 1. This sentence then really reads this way: “People have red hair.” Which sets up the problem to define or establish who the pronoun “people represents: ” What people have red hair? (as in what “persons” born in America?) To get to this answer, in both sentences you have to know the topic we are discussing because the sentences come from essays. Let’s say in my sentence, my topic is Irish people, so we can replace the word people with the word “Irish” people: Irish have red hair. And in the case of the sentence from section one of the 14th Amendment (in question), when we take off the word “all,” we are left with the sentence “Persons born or naturalized in the United States, and subject to etc…” We now see we have the same problem, as in my example sentence because all Pronouns need to have an antecedent (or a noun) to tell us who the persons are that we are talking about.

What this sentence was written to mean, according to my literary sentence analysis, was define who a US citizens was, nothing more or nothing less. It is NOT a birth right citizenship clause for “world citizens”. This is the mistake, or purposely interpretation that some groups either making on purpose mistake, or are misreading on purpose to open up our country to the “world citizens.” The Constitution was written for Americans by Americans. We find this fact in the preamble, which is the thesis statement for the US Constitution. But we should note that “no where” in the Constitution does it say foreign babies, world citizens, Mexico’s citizens, or others? To see how extensive my analysis is of this section (and others), you have to read my book. I took off three years of my life to see if what I was being told was true. What I found were many lies.
If you want more proof, how about an article from a recent article I found in a newspaper that basically agrees with my post where I proved through research, that there is no such thing as Birth Right Citizenship written into the US Constitution: According to the article found in the The Valley Voice, a professor by the name of John Eastman, the Henry Salvatori Professor of Law and Community Service, and former dean at Chapman University’s Fowler School of law said he agreed with the fact that there is no Birth Right Citizenship in the Constitution: “According to the article, Professor Eastman, said Section 1 of the 14 Amendment has two requirements for citizenship–that an individual is born on US soil; and that an individual is subject to the jurisdiction of the United States when born (basically the same words found in my research findings and my post on this page). ‘Subject to the jurisdiction’ means more than simply being present in the United States. When the 14th Amendment was being debated in the Senate, Senator Lyman Trumball, a key figure in its drafting and adoption, stated that ‘subject to the jurisdiction’ of the United States meant not ‘owing allegiance to anybody else.'” “The Drafters of the clause modeled it off of the 1866 Civil Rights Act which grants citizenship to “all persons born in the United States and not subject to any foreign power.” The broader language in the case (US vs Wong Kim Ark) suggesting that birth on U.S. soil is alone sufficient (thereby rendering the “subject to the jurisdiction” clause meaningless) is only dicta — not binding. The Court did not (or never) specifically consider whether those born to persons who were in the United States unlawfully were automatically citizens.

The misunderstood policy of birth right citizenship provides a powerful magnet for people to violate our immigration laws and undermines the plenary power over naturalization that the Constitution explicitly gives to Congress. (Note that the President has no power to give anyone the right to stay in America by breaking US laws, or with something like Amnesty, which both Reagan and Obama did; this power of immigration belongs to Congress, as I state and prove in my book.) Is this clear enough for you for Mrs. Clinton, Mr. Speaker of the House, Supreme Court Presidents, and all of you voting for Mrs.Clinton?