Uranium One: when our National Leaders Commit Treason 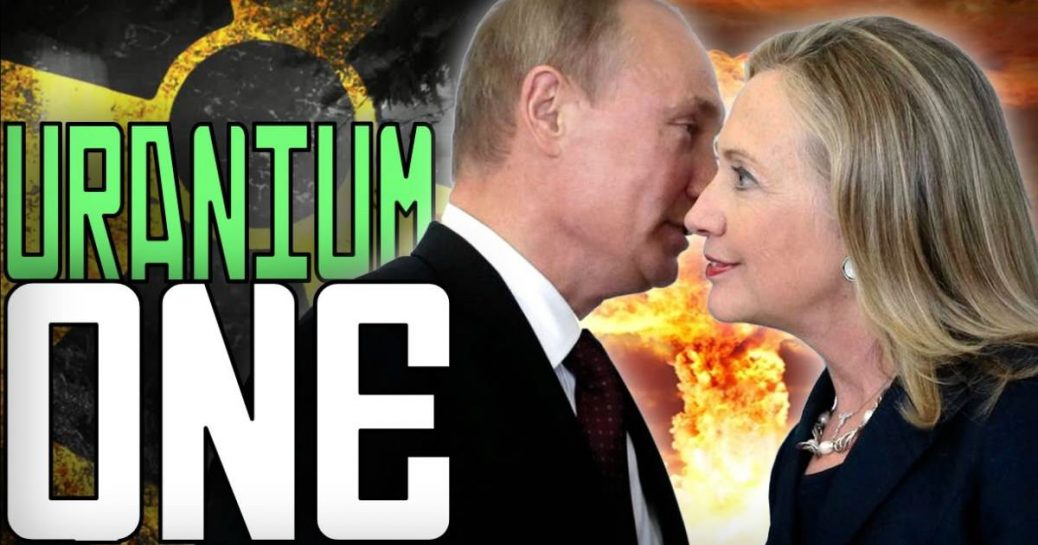 Last week the Uranium One scandal exploded on the announcement the FBI would allow a witness to speak regardless their “non-disclosure” agreement regarding criminal activity and national security.  Since when does such an agreement exist?  How long has it been allowed for a Federal investigatory bureau to withhold information leading to the prosecution of felonies and treason?  Such actions are serious crimes in themselves!  No public records exist on this matter and that is another crime!  It is called obstruction of justice!

In the Uranium One deal Hillary Clinton, and apparently President Obama, released one-fifth of all uranium ore mined in North America for purchase by a Russian held corporation, one-fifth of which is held by Vladimir Putin.  It is a far bigger scandal than Donald J. Trump hiring prostitutes to pee on a bed per a Democratic Party hit piece for which they paid $6 million.  And, it does not seem Trump-like. It’s not even funny.  Meanwhile back in America:

Several hundred tons of “yellow cake,” processed uranium ore, have been exported from Wyoming to an undisclosed destination, in spite of leading Democratic “strategists” screaming otherwise on Fox television the only media carrying the story!

The transfer is a documented fact unlike “…all our intelligence agencies say the Russians intervened in our election!”  Only one Federal agency has made a statement and that was to say, “No evidence.”  Several are prohibited by law from operating in the United States, but the Democratic strategists and “best reporters” on CNN, MSNBC, ABC, CBS, PBS and NBC do not know that.

Only one national broadcaster made mention of the Uranium One developments during the week of October 20 to 27 and that was a 20 second “pop” on CBS Evening News by John Dickerson host of “Face The Nation.”  In spite of Federal funding, PBS would not touch the story in their Friday political wrap-up with Mark Shields and David Brooks.

On MSNBC’s “Hard Balls” with Chris Mathews, Carl Bernstein, of Woodward and Bernstein fame was so rattled in his attempts to smear President Trump he raved, “…he’s not even our President!  Hillary got more votes!  The Electoral College is not in the Constitution!”  We ask Mr. Bernstein to read Article Two of the US Constitution where it is all laid out for him and no one on Chris Matthews “panel of experts, the best political reporters in Washington,” said one word!  It is a scary example of the Democratic’s party discipline!  Kim Jong Un has nothing on the DNC.

Meanwhile on Fox Sean Hannity has expert attorneys Jay Sekulow and Gregg Jarret outline the case in terms all can understand, listing the known statute violations.  For the Dossier case where the DNC and the Clintons were known to have paid $6 million of the $9 to $12 million spent for the fictional 35 page “document” the laws broken were:

Note:  The initial $3 million for said “dossier” has been credited to Carter Page, an energy consultant, who states he will “…take the fifth,” over his Russian dealings, which is an admission of guilt.

Fusion GPS commissioned former MI6 agent Christopher Steele to write the fictional “dossier” but was ordered to stop by Paul Singer in May 2016.  They shopped the piece to the DNC and the Clintons who picked it up with another $6 million in the pot.   The total, depending on who tells it, was $9 to $12 million for 35 pages of laughable lies!

Now it is said Bob Mueller used it as evidence for a FISA court order to break into Paul Manford’s residence, rousting him from bed Gestapo style before dawn and take the entire contents of his office in the hope of frightening him to turn on President Trump!

For the Uranium One case the laws broken include:

For the Clinton email server scandal:

For the Clinton email scandal:

Where nine Federal agencies had to sign off on the Uranium One deal releasing one-fifth of our and Canada’s uranium ore to international commerce, there is now a search to find the fools that passed on this deal in each of the agencies.

State Department minor official Herman Hernandez testified to a committee of Congress that he made the Uranium One deal decision, but his emails to John Podesta make it very clear he was acting on instruction and they could only have come from Hillary Clinton or President Barack Hussein Obama.

As well, given the way the Uranium One deal breezed through eight more agencies, including the FBI where Bob Mueller was Director and had to sign off on it, the order must have had the highest level of endorsement.  Given its velocity it had to be the President of the United States, Barack Hussein Obama!

It is likely the “Russia! Russia! Russia!” cry of the Democrats has backfired in a way that will destroy the party.  This already goes to the top, The Secretary of State and the President. They have committed treasonous crimes.  Bob Mueller is in that group so he must go immediately and all should be indicted.

These people have been wailing Russia is an enemy state for one year thus what they have done is nothing less than treason, the penalty for which is death by hanging.  Is this the last mile?