A Very Scary Story that America could Learn From 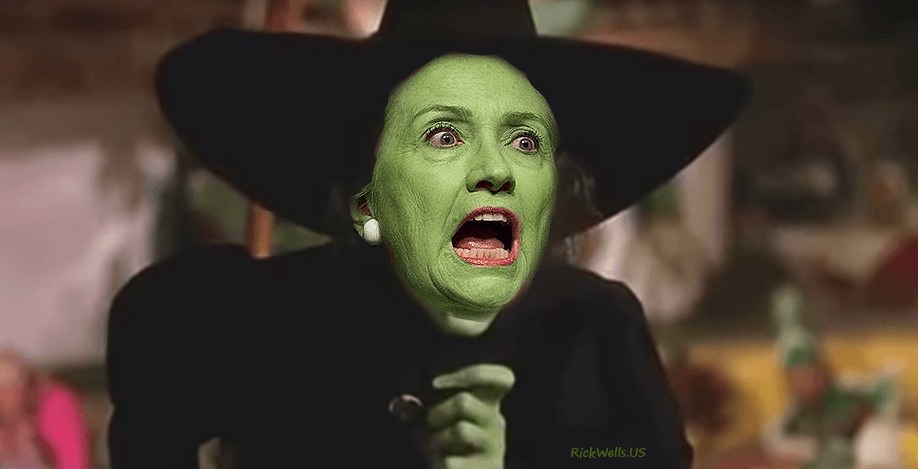 Once upon a time there was a very wicked witch. She was mean and nasty from the time she was a wugly ( baby witch ) and as she grew up she became more and more conniving, devious and destructive.  Her one wish from the time she was hatched was to be the ruler of the world.  She imagined the many people that would bow to her feet and the punishments she would mete out to those who didn’t comply with her every wish.  She would play with her dolls and make them lie flat on the ground as she paraded by scoffing at their lowliness and laughing at their fear.  Once a doll accidentally was turned over and the doll’s eyes fell upon the would be witch-queen and she smashed her head into ten million pieces for showing such audacity.  No one could look the witch in the eye without severe repercussions.

As the witch got older her ambitions grew. Her school mates became the focus of her tyranny and she was avoided by everyone who had felt her wrath.  Without any friends and a disposition that became more and more ugly, she vowed that she would make all the people who didn’t respond to her every whim very unhappy.  Looking over the options for her career she decided the only option that would gain her power to implement her nastiness was politics so she embarked on a career as a lawyer.

As she matured, she put on a face of compassion and kindliness toward children for she knew that a politician who champions the children is non controversial and can bamboozle parents and grandparents to believe she will be the consummate baby sitter they have longed for and will provide for their every wish.  As a champion of the children her career soared.  Just as her sister who built the ginger bread house to lure the unwary she conned the adults having children to rally to her support for more power.  The adults were comforted by the words and voices from the press that saw no harm in a witch being the leader of the world.  After all she was a champion of the children and who could fault that?

Soon the witch became the leader of the world.  Now the adults who had supported her ascension were faced with the role her dolls had played in her youth.  They were not allowed to look at her nor to question her.  They were not allowed to do anything without her permission.  And if anyone should say her attitude and methods were over the top, she would call them traitors to the cause of the children, throw them in dungeons and feed them earthworms.  She was a very mean witch.

The mean witch wanted more and more for herself and the children, but she forgot about who had the children and who made it possible for food, shelter and clothing to be provided to the children.  Soon there were fewer and fewer children because to have a child was to be under the direct control of the witch.  She had her henchmen watch as a child was born and they would take the doctor to a dungeon if the birth had any problems.  The mother was taken to a dungeon if she could not nurse with perfectly tested breast milk.  The nurses were taken to dungeons if they were found to have a spot of dirt anywhere on their uniform.  And even the babies were taken to dungeons if they were the offspring  of people who had criticized the witch in any way.  Soon the dungeons became very full and the wicked witch grew very angry when she heard about this.  As dungeons were too expensive to build and maintain the witch decided that a fire pit would be the answer.  So now the people who disagreed with the witch were thrown in a fire pit.  And all the people in dungeons were also thrown in the fire pit.  And the children were not happy because they lost many of their closest friends and parents and grandparents and aunts and uncles and cousins.  When the witch saw the children appeared ungrateful she threw them in the fire pit.

Soon there were not many people on earth.  The witch had lived out her dream and it had been a disaster even for her.  Now she had no one to rule over and no one to make things that she wanted.  All she had was the  resentment that her dream of power was wrong and brought her nothing.  She screamed at the silent world around her that she had not gotten what she wanted but the truth was she had.

Since she was a witch she decided to use her magical powers to reverse all she had done and start over .  Soon there were people living and procreating happy to be  in charge of their own lives.  Children were happy and the parents and grandparents and uncles and aunts and cousins were happy.  All because they did not have a wicked witch in charge of their lives.  They did not need to worry about the dungeons or the fire pit. And some even learned their lesson that the children were their responsibility and not the responsibility of the wicked witch.