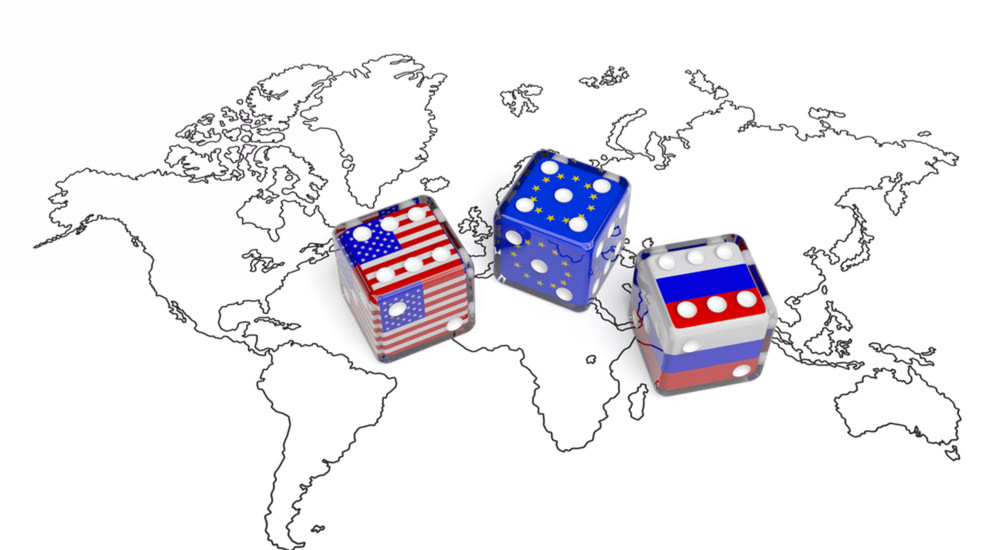 If there is anyone in the United States that thinks this country doesn’t have a foreign policy problem they must be aliens.  Here we are teetering on the brink of bankruptcy and cannot come up with a budget longer than three weeks and what do we do?  We decide to go to war!  We spent 1.5 million per tomahawk missile and shot them off by the hundreds for what.  Our government cannot prioritize, it cannot establish fiscal stability, it meddles in domestic economic activity until the nation has high unemployment and the dollar is shrinking by the moment.  These discrepancies are bad enough but to compound all this by fighting three wars that we have no goals of victory established is an example of the madness and ineptitude of politicians when they have been allowed to function as unrestrained children.

The first principle of a sound foreign policy is a policy of our country first.  The notion of sacrifice has brought us to our knees in foreign relations.  We are a nation and as a nation if we are to survive as such we cannot be on call to every idiotic violent outburst against dictators and tyrants when we don’t even know whether to rebels will be any better.  A sound revolution cannot be just shouting and burning mobs outraged at tyrannical rule.  The Russian Revolution demonstrated how perceived tyranny was replaced with tyranny and ended with the collapse of the Soviet Union.  The American Revolution was a principled revolution that recognized the rights of individuals and established a government that was to protect these rights.  The American Revolution had a few design flaws that gave government too much of a free hand and the power to tax.   The American Revolution was founded on principles and ideas that had a realistic foundation.  The fact that it has survived under these principles for over two hundred years without crumbling under coups and rebellions says a lot for the proper basis for a revolution.  Certainly those who fought to establish this nation expected later generations to defend the principles they fought for and the nation they created.  In all matters foreign they expected America to come first.  They fought wars with victory as the objective and although they constantly expanded the role of government this was the logical consequence of the power they had been handed.

The third principle of a sound foreign policy is honesty.  No country can survive long on a policy of corruption and dishonesty.  It is the country’s reputation that must be established and maintained and the vehicle to accomplish this is honesty.  We must be known that our word is good and that more than anything we can be trusted to do what we say we are going to do.  This is the basis for any negotiations we may conduct and what is more important any threats we may come across.  Our voices and words must be clear and unequivocal.  If we say we will respond with force and we don’t, we become the nation that can be maneuvered and manipulated.  Honesty and integrity must be major components in creating and enforcing our foreign policy.

The fourth principle of a sound foreign policy is purpose.  This is the component that keeps us from straying into marginal compromises that eventually undermine our overall policy.  The purpose component has to be explicitly outlined to inform, train and reinforce the principles of a foreign policy that addresses incidents, conflicts and other events with as much foresight as can be mustered to apply preventive measures and avoiding reactionary actions.  This is the planning component that seeks to look for and make plans for any prevention action and contingencies.  Without purpose there is no congruency or solidarity within the organization charged with execution of foreign policy ( i.e. the State Department).  This is the equivalent of the reins that keeps the team on track.

The fifth principle of a sound foreign policy is a superior military.  This is the component that backs up the policy.  All threats and events must place in the minds of those with other than America’s interests that America is not a nation to be treated lightly.  As has been pointed out repeatedly we need to negotiate from a position of strength.  It doesn’t take much imagination to see that sitting down at a negotiating table with nothing to backup our requirements would be futile.

Finally the sixth principle of a sound foreign policy is a sound fiscal policy.  We can’t enact or deploy what we cannot afford.  Currently we can observe out foreign policy bending to those that are carrying out burdensome debt.  We cannot maintain a strong foreign policy with an empty pocketbook.

All of these principles require a country that respects individual rights and picks its friends and enemies on whether they respect and protect individual rights.  Catering to dictators and tyrants then either protecting them or deposing them as the revolts arise is a sure road to ruin.  We lose our trustworthiness, our stature, our reputation and we come across as a country with a foreign policy that shifts with the wind, has no consistency and doesn’t protect our interests.  This is where we are today, where we will be tomorrow and unless we understand and apply the principles of a sound foreign policy will be in the far distant future…if we are to have one.