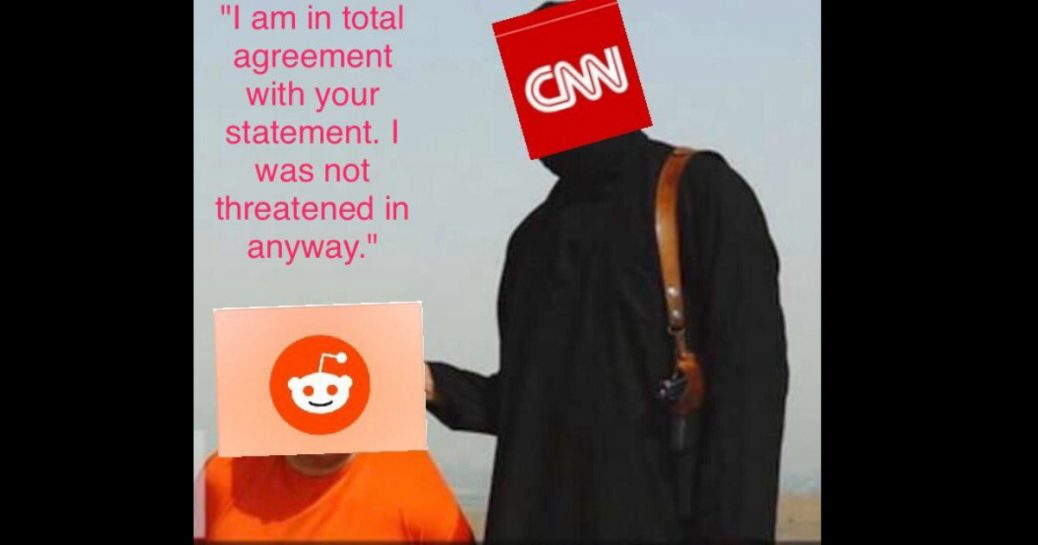 In 1996, John F. Ross wrote a book entitled Unintended Consequences. He defends the Second Amendment. The book is not nice, but it is necessary.

Socialist inspired mainstream media has promoted itself as the elite, and thus “entitled” to be not only the arbiter and controller of the thought of the “common” people, but also the censor and blackmailer of those who “dared” not think their way.

In response, the internet has begun a meme war to demonstrate that the Internet will not be controlled, censored, or blackmailed by CNN or others in the elite MSM. This is an unintended, but minor consequence of CNN’s insolent hubris that they demonstrate more and more each day with their biased reporting, censorship and threats.

A more significant unintended consequence caused by CNN’s threat to “dox” — reveal the personal information of the meme artist if he did not retract and refrain. Now several of the internet members are threatening to reveal, or have revealed, those in CNN who are blackmailing the author of the meme.

In John Ross’s depiction, those who destroy freedoms are likely to be placed on a “lottery”.

Soros knows that by financing and supporting unfettered immigration, BLM, Antifa, anti President and other movements of sedition and treason, he will incite civil war. What he may, or may not realize is that in the  world of instant information, the generals will not have the same advantage over the ground troops that they had in earlier wars. In a civil war today, the bullet may come from next door, two doors down, next block, or halfway round the world.

Neither John Ross nor I condone initiation of violence. But self preservation requires self defense. Members of collectives are well advised to remember that collectives are fictional entities that have no life, and thus no rights. They only have privileges granted by authority. Only individuals have rights to life, liberty, and property. Whether they represent themselves or the collective, they are vulnerable.

The hubris of the MSM in trying to instigate civil war has set the stage for the “lottery,” from which they cannot hide.