UNICEF is Endangering the World’s Children 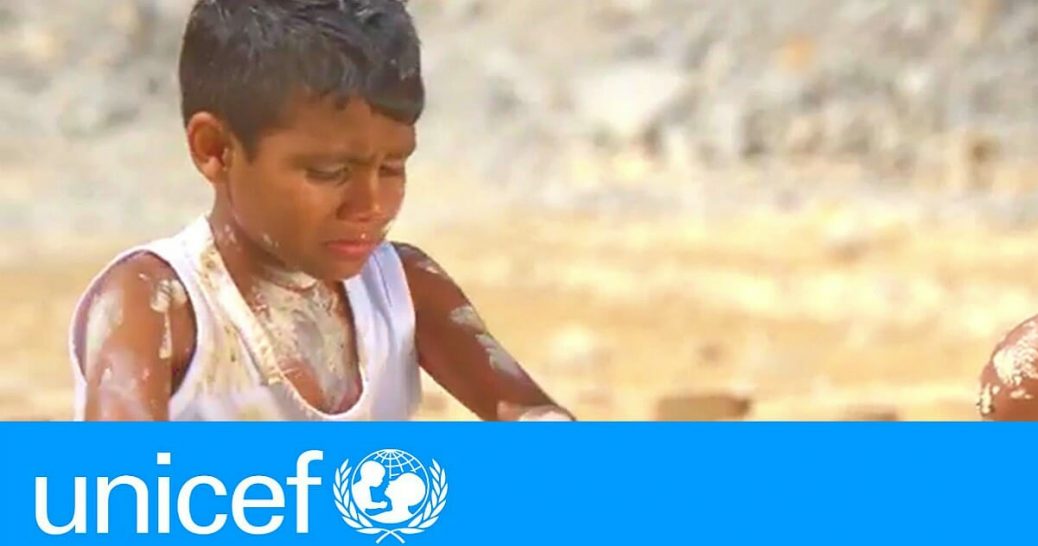 A mission statement is defined on the Internet as “a written declaration of an organization’s core purpose and focus that normally remain unchanged over time.”  UNICEF’s mission, mandated by the UN General Assembly in December 1946, is to advocate for the protection of children’s rights, to help meet their basic needs, and to expand their opportunities to reach their full potential.  UNICEF’s website states, “Every day children face violence, disease and hunger. They are battered by the chaos of war and disaster and forced to flee their homes. They are denied an education . . . we have saved millions of children’s lives.”

A noble pledge, indeed, and UNICEF has remained faithful to some of its core purposes, yet our attention is drawn to the burgeoning globalist agenda, revealed through their literature and political involvements.  Neither the UN nor UNICEF was established for political advocacy, a particularly volatile issue in the Middle East, yet the following will show how UNICEF has abandoned its morality, betrayed the integrity of the organization, and deceived the generous countries who believed this was humanitarian aid for needy Palestinians.  Most importantly, it has forsaken a member state, seeking to undermine and marginalize the only homeland for the Jewish people, even in the most inhumane ways.

In 2013, the UN pledged its solidarity with Palestinians, and in 2015, when $380 million of US tax money was earmarked to UNWRA for Palestinian education, health, and social services, UNWRA workers were disseminating hate propaganda and Holocaust-denying literature to its schools, and inciting terrorism.   This year, the UN agreed to fund eight of its agencies, including UNICEF, with a $65 million grant to be used in lawsuits against Israel for alleged war crimes, apartheid, crimes against humanity, and to continue anti-Israel BDS campaigns.  This was then followed by an agreement signed by the UN and UNICEF with the Palestinian Authority, for $1.3 billion to “Palestine’s Path to independence.”  In an astonishing and unprecedented display of partiality in UN history, they will fund, train, and advise one side of a conflict to pursue legal advocacy against another within the UN!  The UN has essentially joined the Palestinian Authority in its delegitimization war against the sovereign state of Israel

Another website declaration reads: “UNICEF keeps children safe by providing vaccines against deadly diseases” and insists that “the survival, protection and development of children are universal development imperatives that are integral to human progress.”  In conformance, UNICEF and the World Health Organization (WHO), with the support of Bill Gates’s GAVI organizations, have promoted the highly controversial Pentavalent (5-in-1) vaccine, which combines hepatitis-B, diphtheria, tetanus, pertussis, and Hib (haemophilus influenzae type-b) into one.  Although the Pentavalent was banned or not used by Japan, the UK, Canada and the US, several developing countries have been sites for clinical trials by large pharmaceutical companies, raising many human rights concerns about unprincipled experimentation, uninformed consent, and forced medical procedures.

The head of pediatrics at St. Stephens Hospital in New Delhi, Dr. Jacob Puliyel, wrote in the Indian Journal of Medical Ethics regarding children’s deaths in Bhutan, Sri Lanka, Vietnam and India following WHO’s administration of the Pentavalent vaccine: “At best, vaccinating 25 million babies might save only about 350 children from Hib meningitis and Hib pneumonia, but that “3,125 children will die from the vaccine’s adverse effects.”  Meanwhile, UNICEF continues to try to smother concerns about the experimental treatments at Auschwitz, and California’s laws of vaccinating children without parental consent.

The Gates Foundation-supported Polio Global Eradication Initiative may have resulted in more than 47,500 cases of vaccine-induced paralysis in Indian children in 2011 alone – twice as deadly as the wild-type polio it claimed to have ended on January 11, 2012.  According to a 2010 BBC News report stated, “Children often survived better outside the UN scheme.”  It appears that UNICEF is evolving from a life-affirming, child-saving, Nobel peace prize-winning foundation to a contraceptive-distributing, abortion-performing, and sterilization-providing partner of notorious family-planning organizations.  Child mortality has increased in some parts of the world, among them sub-Saharan Africa.

UNICEF professes to be guided by the Convention on the Rights of the Child and promote ethical principles and international standards of behavior towards children – a daunting, if not impossible, task as long as its Board members represent the Islamic culture and a major source of its funding.  Today Arab children lead lives of desperation due to their cultural practices.  Early childhood rituals at home and in schools inhibit friendships and bonding, and severely restrict expression through music, art, song and dance.  They focus on stringent religious doctrine, hatred and war play, decapitation, explosives, and other jihadi activities.

Muslim girls learn of their comparative worthlessness immediately, living under the absolute power of the male over as many as four wives and his numerous children who cannot help but experience distrust and jealousy in this unhealthy, competitive household.   Sexualized and devalued as human beings, girls are candidates for Female Genital Mutilation from infancy on, another assault on their femininity.  Two hundred million around the world have undergone FGM as children, and 507,000 are at risk or already victimized in the US.

The girls are doomed to wearing a burqa that serves to defeminize as well as impose on them a sense of insignificance, anonymity, a nothingness that they are only to serve the man and bear responsibility for his honor in a shame/honor culture.  They are deemed unworthy of an education, banned from socializing with peers, entered into a loveless marriage where she will suffer psychological trauma from submission and rape, often bleeding to death from sexual intercourse or pregnancy.  The World Health Organization estimates that 100 million girls will marry before their 18th birthday over the next ten years.

Young boys, barely out of toddlerhood, may be kidnapped from their homes and used as camel jockeys, and for the sheikhs’ pleasure. “Bacha bazi” (boys for play), as young as age 11 (but photos show younger) may be bought from poor families for prostitution and sexual slavery. They are dressed and adorned as girls and forced to dance and sing at parties before they are taken by the men – unsurprising that this practice exists, given the culture’s extreme repression and gender apartheid.  The boys are conditioned to homosexuality through humiliation, and subject to being killed for being homosexuals.

UN Secretary-General Antonio Guterres revealed that UN members, Saudi Arabia and Iran, caused the death of 350 Houthi children in Yemen (2016), 333 injured, and 28 schools destroyed. Iran executed a gay teenager without benefit of legal representation and 48 inmates remain in death row since their youth.  With Iranian support, Syrian forces released 13,000 deadly barrel bombs, killing 166 of their own children in 2016.  Iranian children of the Baha’i faith are denied the right to higher education.  Assad’s chlorine gas attacks caused torturous deaths, also to children.   We need answers as to how UNICEF cannot only tolerate Board Members from countries with such heinous practices, but also receive financial donations via the parent, UN.

From a cursory reading of UNICEF’s website introduction, it is clear that the organization is accelerating its long-time pursuit of the globalist scheme that is now concealed behind the dismal euphemism, Agenda 21.  Using the “sustainable development” slogan, UNICEF is identifying itself with the creed that echoes a strategy for world development – the importance of the environment and earth conservation above the value of human beings.

UNICEF claims to strive for “For every child hope, a safe home, laughter, a future,” but Agenda 21 mandates that the world population be severely diminished, land masses seized, and humans confined to designated island areas.  Some hope. Some future.  It is time for America to leave the UN – gettheUSoutoftheUN.org – inhibit its progress and retake our sovereignty.