UK To Build Wall at Calais 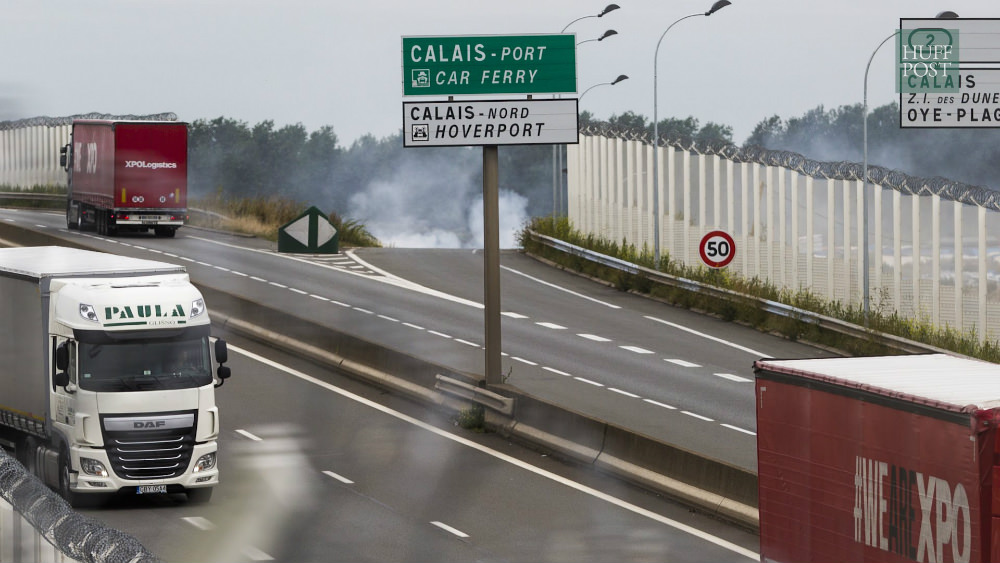 A four metre high, half mile long, wall will soon grace the port at Calais, to keep migrants from entering ferries illegally. (The Guardian, 7th Sept). It will be built either side of the main two-lane road leading to the terminals. Migrants try to jump cars and trucks at this point, often using violence and weapons, so the idea is welcome to travellers.

The wall has French approval and will cost £17 million. Fences have been in place for some time, but “people are still getting through”, said immigration minister, Robert Goodwill. The illegal camp will be behind the wall, but it seems the wall will not be long enough, because it doesn’t cover the stretch of road next to the sea.

Smooth concrete will be used to prevent easy scaling of the wall, though determined migrants will not be deterred. Some local residents have protested because of the visual impact… but these are the same people whose lives have been ruined by the presence of so many illegal migrants who literally rule Calais with violence! They fail to acknowledge that the camp problem belongs to France and Calais, not to Britain, but it is Britain who will suffer the surge of Muslims if they are allowed illegal entry. Aid workers complain that migrants will take even more dangerous risks to get through. The response of most UK residents would be “Tough” – it is not their problem, but France’s, and, the migrants are illegal anyway, and attack road users from and to the UK.

UK haulage companies, on the other hand, think it wastes money that should go into increased security along the two-lane road. The immigration minister replied that the wall is only part of a larger package, including a safe parking area for trucks, which are attacked daily by migrants. UK ministers are trying to get him to visit the ‘Jungle’ (the Calais migrant camp). However, writers like myself, who monitor and observe these places, do not see why he should go there – the migrants are illegal, and only want to obtain benefits from an already cash-strapped UK. To put it bluntly, Muslim illegals are simply not wanted, especially in the light of Europe-wide violence and rapes from illegals in Germany and elsewhere. The whole issue is driven by Merkel, whose insane migrant policies remain, to harass and plague nationals.

An Irish multi-millionaire UN immigration leader, Peter Sutherland, has called the wall ‘inhumane’. This provoked outrage from those who speak bluntly about the illegal activities of people who are not even refugees. (Almost none of the millions flooding into Europe have refugee or asylum status according to international law – so WHY should they be tolerated?). Sutherland was blasted as a ‘globalist elite’ who, like Soros, wants unlimited movement of people (essential for the creation of a one world socialist government). But, the protestors say – these “wealthy fat-cats” would not have the illegals living within a hundred miles of their properties! Sutherland said that when Trump promised a wall to keep Mexican illegals out, “people in Europe recoiled in disgust” (Daily Express). Typically, only ardent socialists would think that way – most people in the UK do not want this influx of people who hate the West, live illegally at the same time as reaping social security benefits, and impose sharia-type demands on the host country. Few want to work, and they demand housing, education, free health benefits, and much more. Yet, they don’t want to obey laws. This is why most normal folks in Europe want to kick Muslim migrants out.

Al Jazeera, of course. carried the headline “UK slated over planned anti-refugee wall” (8th Sept). Comments were sent in by socialists, but no-one else. As an experiment I tried over six times to send a comment, but the comment box refused to allow me to send it! Why? Probably because I pointed out that Al Jazeera, like so many media outlets, insist on calling the illegals ‘refugees’, They are NOT refugees or asylum seekers according to international law! (See my own article in iPatriot on the definitions). The people at Calais are economic migrants – and these are not defined as refugees, but simply as ‘illegals’ with no right of entry. Nor are they escaping war (also precisely defined by law), and most are NOT Syrian.

A logical question arises that asks WHY people are so against a wall? “If a large number of illegals came to live alongside your house, wreaking mayhem, being violent, raping your female family, and demanding everyone obeys their Islamic mantra… would you want them there?” Of course not! The whole ethos of opposition to a wall is surreal, and opposition is all on the side of socialists and Islamists. It is notable that the UK people do not have a voice in this issue, especially as their well-being and safety as Islamic power grows, takes second place. If it takes a Trump wall to stop the menace, then so be it! Sutherland and Soros would do it if these people desecrated THEIR property!