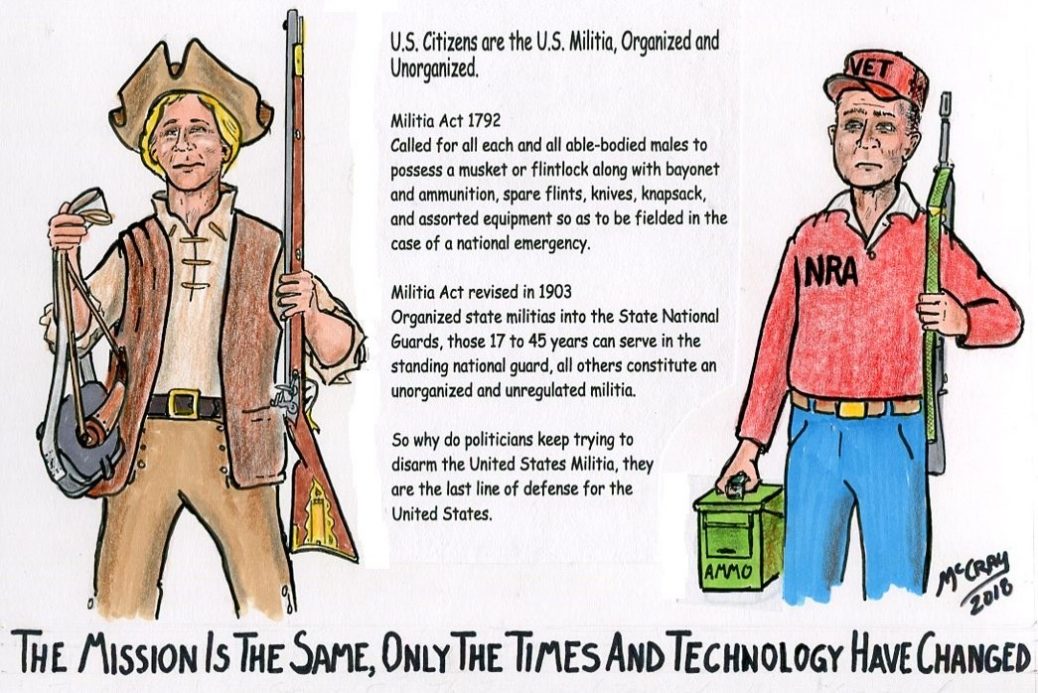 The Militia Act of 1792, rev-1903, 1956, 1958, and 1993 is a current up to date Law that supports and maintains that the 2nd Amendment is current and has force.  So why does the Left and their Politicians continue to try to disarm the National Militia, which is the people of the United States.  Their effort is designed to tear down our form of government and establish their Socialist views and government, and in order to do so, you have to disarm the people.