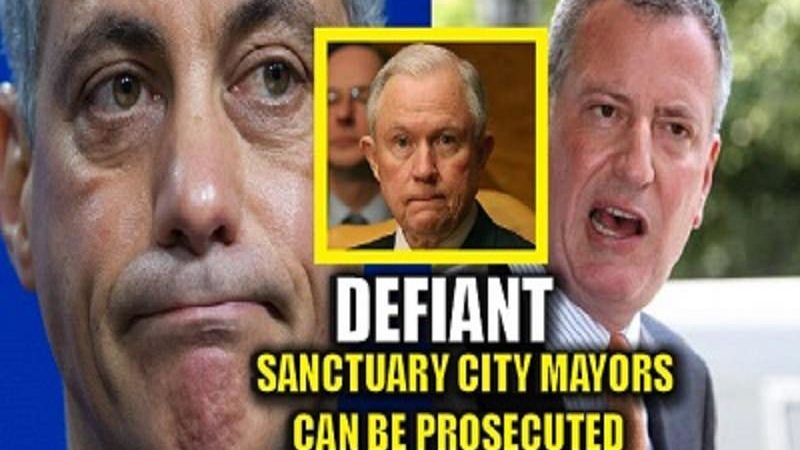 On Monday, the nation’s new attorney general   held a press briefing in which he reiterated the Trump administration’s plans for dealing with criminal aliens. One of his points was the often quoted warning that any city observing a sanctuary policy for illegal aliens, especially criminal aliens, will very possibly lose some federal financial assistance.

While the Democrats, the news media and immigration activists were prepared to slam Sessions and his boss, President Donald Trump, they discovered that Sessions spoke about continuing some of the Obama administration’s policies regarding immigration. Mr. Sessions’ Justice Department underlings had also told reporters that any changes in policy or new executive orders will probably take place down the road.

Although the Obama administration issued instructions about immigration enforcement in July 2016 during the presidential race between Trump and the eventually defeated Hillary Clinton — including the stipulation that any cities applying for Justice Department grant programs must be in compliance with federal law including immigration enforcement — President Barack Obama and his minions did nothing to back up his proclamations or his verbal instructions.