Where Is the U.S. After 8 Years of a Marxist President 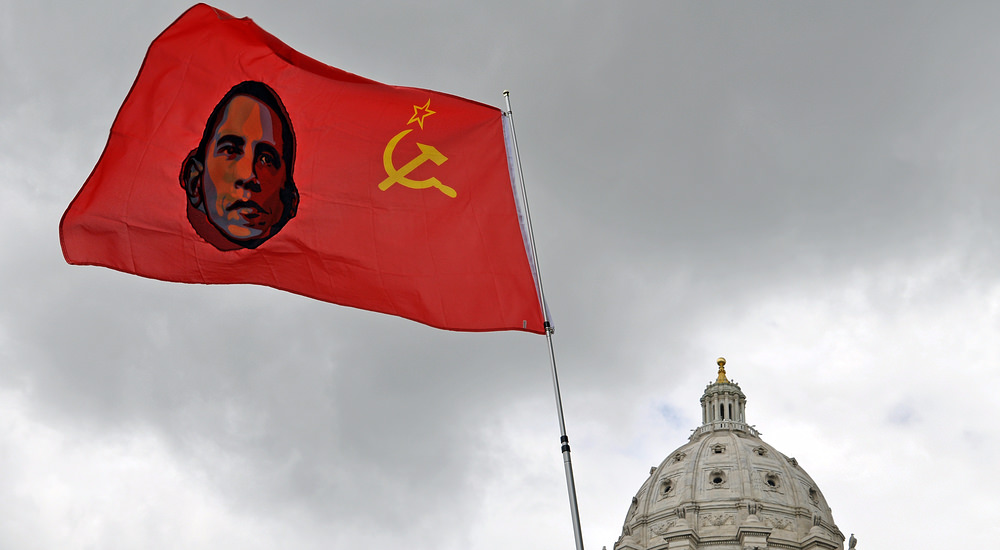 What makes this country succeed or fail? The effort that you put into it! What gives a thing value? That all depends on the individuals spiritual, or material lean. Are you just out for yourself, or do you consider others as well?

We can choose to benefit from history. We know who and what failed and why. We know what caused some outstanding hero’s, and heroins to become legends in their own time.

History has shown us how and why some systems have failed. Now in our time, we are faced with the possibility of loosing that which we hold most sacred. Remove the blinders, and open your eyes to the dire danger facing us all now. The loss of our freedom. We are dangerously close to becoming the Union Of The Socialist States Of America. This is exactly what Obama is doing.

Finally some individuals have awakened to the facts, that Obama is a heart and soul dedicated radical Islamist and Marxist.

Now, thanks to a few courageous individuals like, Sheriff Joe Arpao, Sean Hannity Donald Trump, and a few other outstanding and courageous individuals, we were made aware of Obama’s radical relationships. He is defiant, and arrogant! Reverend Wright and other subversives were Obama’s mentors and inspiration.

Let not the mouths of vipers beguile you. Obama is a smooth talker, never the less he is a blatant liar. Investigate his background thoroughly. If not for the media cover up and the millions of dollars funded by liberal communists and Muslim sources, Obama never would have won the election.

He evaded revealing who all of his financial backers were. See who he identifies with, and what they represent.

While time remains, we must do everything within our means to remove this Judas from power. Contact your officials, and government representatives. Use every venue possible! Obama’s policies have undermined our financial and social structure. Obama is using the exact same agenda as the former USSR. First, national financial bankruptcy. Second, national disarmament, Third, establish a Totalitarian Police State.

Now in the midst of fighting two wars, he is cutting back on vital military funding, firing any military personal who are opposed to his agenda and putting our brave and dedicated armed forces personal in danger.

He mirandizes terrorists on trial, who are at war with everything the USA stands for. He placates, apologizes and kow-tows to our sworn enemies. He speaks against his own country in foreign places, and destroys Americas true image. He has no respect for our armed forces. He has a blind eye to our honorable homeless vets. Obama makes himself blind and deaf to anyone and anything in disagreement with his policies. He does not pledge our flag, and because of him, our US Constitution is being trashed. As long as this traitor remains in office, he will continue to hire his lackeys, and continue his agenda of creating the Communist New World Order.

We have been betrayed by the enemies within!

People Wake Up! We Must protect and preserve the futures of our children, grandchildren, and the generations to come.