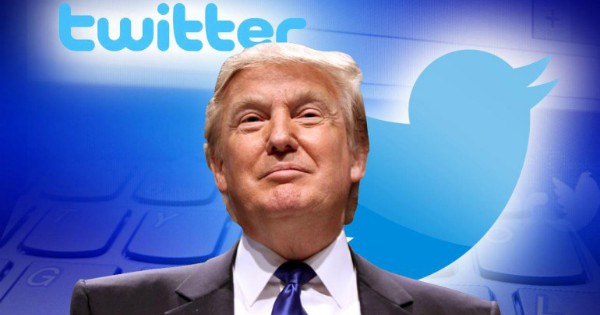 President Trump is criticized from all sides for sparing with fake news media via tweets. Some say Trump’s tweets are a distraction from getting out his message. The truth is fake news media are relentlessly 24/7 distorting and misrepresenting Trump’s agenda and message. Tweeting is Trump’s direct line to the American people which is the reason his tweets infuriate and frustrate fake news media.

Some say Trump responding to attacks and lies from media hacks is unworthy of his time and below his office. I disagree. How many times must we witness the accumulative toxic effect of allowing absurd lies on Republicans to go unchallenged? Such lies take root and grow. Leftists know if they attack a Republican with a big enough lie long enough, people will come to believe it. Leftists’ unchallenged huge lie, “Bush lied and people died” eventually tanked Bush’s approval numbers.

When Mitt Romney ran for president, I laughed at fake news media’s lies launched to destroy him. Fake news media said Romney caused the death of an employee’s wife; Romney abused his dog by hauling it on the roof of his car and Romney bullied a fellow student in school. I thought these attacks were too absurd to be believed or too trivial to care about. Little did I realize these seemingly unworthy-of-a-response attacks on Romney were building a false image of this genuinely decent and kind human being in the minds of low-info voters.

I chuckled hearing Michael Jackson say in his classic “Thriller” music video, “I’m not like other guys.” When will Washington DC and fake news media realize Trump is not like other Republicans? It is not in Trump’s DNA to sit back and allow himself to be attacked and lied about without pushing back harder. Frankly, I love that about our new sheriff in town.

Trump confronting fake news media’s lies in tweets is driving Leftists crazy because they do not know how to deal with it. Leftists are accustom to Republicans cowering in fear, rolling over and taking fake news media assassinating their character.

Fake news media has a proven track record of 24/7 negative nitpicking a Republican to death. This is why fake news media made a huge deal about Trump supposedly getting two scoops of ice cream while everyone else only gets one. http://bit.ly/2stsAki What appeared to be much ado about nothing was really a strategically planned attempt to further fake news media’s branding of Trump; an ego maniac mean bully.

Still, there are folks on our side who want Trump to stop tweeting and play by traditional Washington DC establishment and fake news media rules for Republicans. Why should Trump allow his unhinged morally bankrupt enemies to dictate the rules of engagement. Tweeting is a technological powerful weapon available to president Trump. I say tweet on Mr President. Tweet on.

Political experts advising Republicans to walk-on-eggshells when dealing with the first black president, Democrats and fake news media have brought us patriotic Americans nothing but frustration and the furtherance of the extreme radical left’s agenda.

I will not bore you with the long list of Obama’s unconstitutional overreaches http://bit.ly/2q1Edd7 to which the GOP response was, “That’s not legal, but we dare not oppose him.” Real regime change in DC was birthed out of the Tea Party pushing Republicans to behave outside of expert’s advised timidity. This resulted in the GOP winning the house, senate and White House.

Hypocritically, fake news media lectures Republicans about how to behave while supporting Democrats doing whatever necessary, including breaking laws, to implement their extreme liberal agenda. For example. Fake news media supports Democrats’ proven bogus narrative that allowing illegals to invade our homeland makes Americans safer. http://fxn.ws/2t0ertS The fact that sanctuary cities are arrogantly breaking the law is of no concern to fake news media.

On a recent retreat, MSNBC was one of the few news channels I could get on TV. Folks, watching the totally propaganda network was astounding. MSNBC lies, distorts and spins against Trump practically 24/7; clearly laser focused and obsessed with taking down our president.

Not only is Trump not like other Republicans, he is not like other presidents. I am confident that I speak for millions of Americans when I say that is just fine with us as long as he constitutionally fulfills his campaign promises.