The Tumultuous Fall of the Great Bill O’Reilly 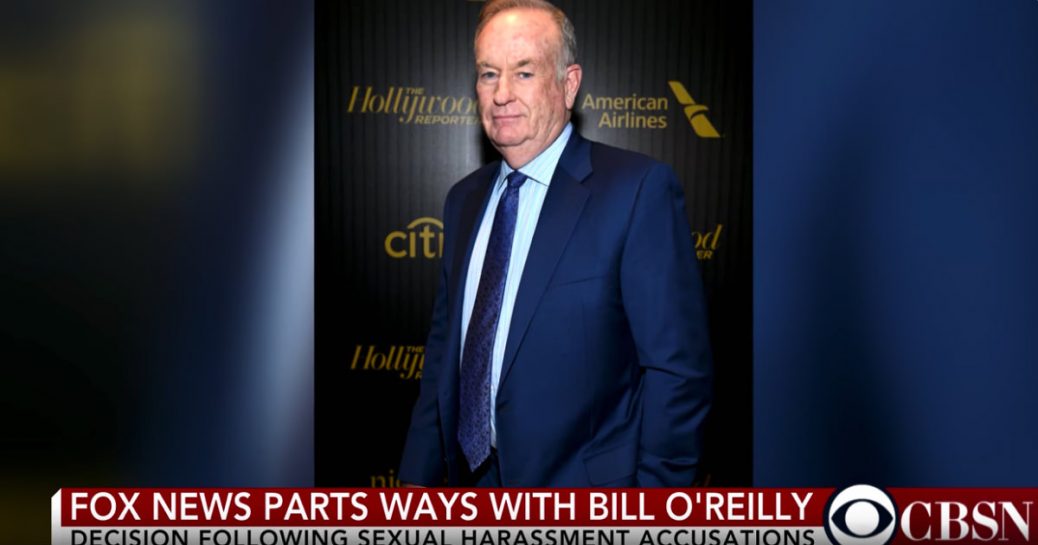 The king is dead. Long live the king. FOX News Channel has cut ties with Bill O’Reilly, the most influential personality in its 20-year history and the undeniable king of cable talk. O’Reilly’s abrupt departure came after allegations of sexual harassment and inappropriate behavior started to steamroll. The network has discontinued The Factor immediately.

Those defending O’Reilly, and a few others – including Roger Ailes, against charges of sexual harassment and inappropriate workplace behavior cite the possibility that the claims come from political and ideological foes. Because these allegations have never gone to trial (or haven’t as of this writing) the facts of the allegations may never be fully known and/or proven. In the United States, everyone – everyone – is considered innocent until proven guilty in a court of law or via their own admission.

In my own interaction with Bill O’Reilly, a 2005 appearance on The Factor, I found his staff to be less than honest when dealing with their guests. This systemic dishonesty could not have existed without O’Reilly’s knowledge.

After asking his producer about O’Reilly’s stance on our segment subject matter, I was told he “doesn’t make up his mind about the subject until it’s debated on the air.” But once I was on the air I was ambushed with a pre-produced segment that countered my argument that Habitat for Humanity shouldn’t have been using donations to build a theme park in Americus, Georgia, depicting the slums of the world. It turned out O’Reilly’s then-wife was a heavy hitter for Habitat for Humanity. The invite was intended to smear me for the benefit of his wife and her championed organization.

I kept this reality close to the vest for over a decade because O’Reilly sycophants believe – in their hearts – that he was the sole purveyor of truth in the mainstream cable news sphere. Exposing the bully tactics behind the scenes of The Factor would have, for someone who plies his craft on the Right side of the aisle, career suicide. If, in fact, the charges of sexual misconduct are found to be true, I am sure his victims understand the feeling.

And while O’Reilly’s efforts on many stories, issues, and causes were admirable, successful and beneficial – some even considered great works, it cannot be denied that in the later years an air of arrogance on the level of Hillary Clinton’s started to emerge from the man. If a guest dared to deviate from O’Reilly’s stated truths the guest was deemed ideological, political of simply uneducated. That isn’t debate. It’s intellectual bullying, and it certainly isn’t “looking out for the folks.”

Now, evidently, there is enough evidence of bad behavior – actionable behavior – for 21st Century FOX executives to severe ties with the king of the cable news talk sphere. Given the revenue generator The Factor was for 20 years that evidence would necessarily be damning.

Perhaps it was time for O’Reilly to go. Maybe he could have continued his reign for another decade. At this point we will never know. And while the format of the cable news talking head world is slowly molding for a lack of vision where message delivery is concerned, O’Reilly’s base was – at least for the moment – enough to keep him the “number one cable news show for 20-plus years running.” Now, because of his alleged actions, his base is without its “star”; its ideological leader.

I don’t wish Mr. O’Reilly ill, even though he certainly didn’t give me a fair shake on his program. I realized long ago that the cable news talking head sphere is as much about ratings-generated entertainment as it is news-based. But the idea that the “spin” stopped with Bill O’Reilly is, to use a phrase he abhorred, a false narrative. It’s time O’Reilly’s unwavering followers understood that.

In fact, now they don’t have a choice.