The Trumpster vs Hillary and the Z-Family, Pamela Geller says Muhammad was No Feminist! 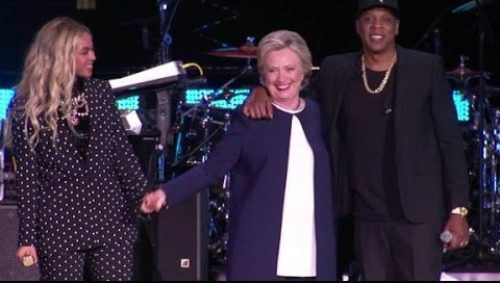 Hillary Clinton joined for the Zs on Friday – Jay-Z and Beyonce, Mrs. Z, for a concert to promote her now-troubled campaign. Grandma Hillary must have been so proud, as Jay-Z took to the stage to belt out, no doubt in her honor, his many hits about n**gas, and pimps – with every other word being the f-bomb. It didn’t take long for Trump to catch wind of the concert and the foul-mouthed rapper, who supports Hillary.

Pam Geller rebuts a recent article in the Huffington Post where the author describes the prophet Muhammad as a feminist. I give a run-down of Geller’s dismantling of the assertion that Muhammad was a champion of women’s rights.