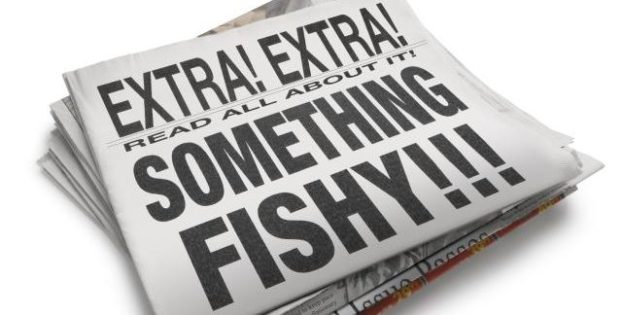 Is there any truth in media anymore?  Why don’t the Democrat media play a clip of President Trump saying, “The media is the enemy of the people?”

“The Fake News is the enemy of the people,” leftists take out word ‘fake’

Fake news is a product by which leftwing media propagandists use facts distorted by implication and innuendo to produce an assumption on the part of the consumer.  It has enough truth in it that the Left will claim their product is true, but is so laced with misleading statements and misinformation that the truth is lost in interpretation.  This is how liberals create their own truth because to them “truth is in the eye of the beholder.”  People who lack a moral compass, good sense, and high intelligence can easily have their thoughts controlled by a malicious media.  Those suffering from Trump Derangement Syndrome use propaganda to slander Trump, but interlace it with enough truth that they can claim Trump’s condemnations of their lies to be false and thereby label him as the one who is deranged, lying, or out of touch with reality.

Leftists insist that their definitions of events and words are the only true interpretation when they are always false.  Just as Trump’s “War on the Media” is a lie when it is actually a war on falsehoods and fake news, leftists always distort the facts to mislead and misinform.  Liberal Democrats have a long and storied history of renaming the truth beginning with calling themselves liberals instead of what they are – socialist commie Nazis.  We all know the Left means man-made climate change when they talk about global warming, but they believe it is science – of which they have no understanding.  We all know the Left means illegal immigrants when they say immigration, but they like to say the Right hates all immigrants, not just the illegal ones who are stealing jobs and benefits and voting illegally.  We all know that BLM is a criminal terrorist group murdering police, but they pretend they are rightful social justice warriors fighting racial bigotry.  The Left is a fraud camouflaged by fakers, pretenders, charlatans, swindlers, and quacks.  They hide who they are behind self-righteousness, but their hypocrisy reveals them as they project their hate on us while pretending to be good, compassionate, and caring.  Yet the Hollywood elites who tell us to build bridges to our enemies have walls around their own multi-million dollar mansions that could house hundreds of the people for whom they claim they care so much.

The only way to defeat the Alinsky tactics of character assassination is to double down on the truth and mock them back!  Bill Maher is a classic Alinskyite who mocks all beliefs of conservative Christians.  He’s a clown prince who knows nothing beyond his fame for being a joker.  He never allows his debates to become arguments over substance because he has nothing of substance to stand against reason – such as his recent interview of Milo Yiannopoulos whom he repeatedly cut off before he could make his point and moved on to the next subject.  He can only devalue an argument in the mind of the ignorant by belittling and thus ‘killing the messenger to destroy the message.’  When it comes to fighting liberalism it doesn’t matter how pure you are.  As Alinsky says, no one is perfect, and if he cannot find a chink in your armor then they will create one.  You must be as implacable as they are and never ever surrender or concede defeat because not only will they never relent, if you give them an opening they will tear it asunder.  The saying, “If you give them an inch they’ll take a mile” applies to their indefatigable assaults on righteousness.  Never allow a liberal to take you off of the subject and put you on the defense with mockery, lies, or innuendo, to claim you lie or that your facts are wrong.  Always stick to the subject and make them eat their own words.  There is no better meal than to make the purveyors of fake news eat crow and watch them squirm in impotent rage.

The cognitive dysfunction of the underdeveloped young mind

For those who engage in this eternal struggle between good and evil it is important to remember that you as an individual are not indefatigable.  Take time to unplug and recharge your batteries to come back into the battle refreshed and with renewed knowledge and purpose.  Evil is an Irresistible Force, and you must be the Immovable Object that is always grounded in truth and righteousness.

There are no more honest journalists in today’s leftwing media

Fake news is Alinsky tactic to shut down Trump administration