Trump’s Supreme: An Originalist on the Court is Just the Beginning 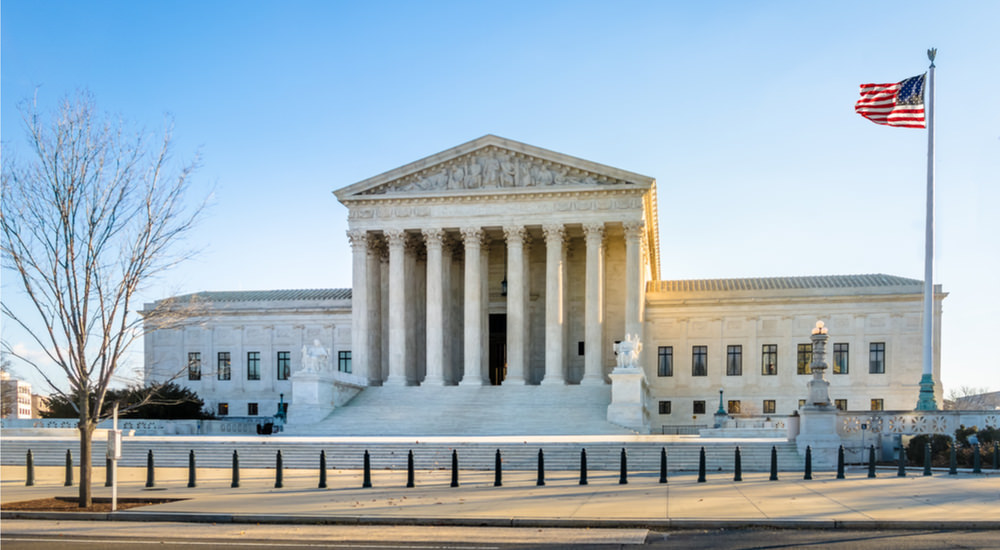 There has been an unwavering level of praise for President Trump coming from the vast majority on the right since he announced Tuesday that Neil Gorsuch was his nominee to replace Antonin Scalia on the Supreme Court. It was a great pick, one that is perfect when the overall strategy of the nomination and confirmation process are taken into account. With that said, the mounds of platitudes being lobbed at Trump are as meaningless as the unjustified attacks hurled at him from the left if this is the end of his embrace of Constitutional conservatism and originalism.

Let’s face it: the list of SCOTUS picks he was given while on the campaign trail consisted of a fairly narrow set of people. Almost all of the names on the list were acceptable at the least to conservatives who track such things. He could have picked any of those names out of a hat and the resulting opinions would have been similar. The right would have called the nominee “just like Scalia, only better,” while the left would have called the nominee “just like Satan, only worse.” That’s politics.

Trump took it a few steps further. In Gorsuch, he nominated someone who has already been unanimously confirmed by a very similar Senate to the one we have today. Granted, that was for sitting on the 10th Circuit which normally doesn’t warrant a serious fight from their opposition in the Senate, but there were names on the list that didn’t make it into their current positions as easily. Moreover, Gorsuch is young. At 49, he could easily sit on the bench for three+ decades. In the coming days, we’ll hear about alleged scandals, but we can assume that Team Trump vetted him fully. In short, Trump could have picked anyone on the list and it would have been acceptable, but he chose Gorsuch as a strategic choice for the battle ahead.

One thing is clear about Gorsuch: he’s an originalist in the same vein as Scalia. When the concept of originalism is discussed, it’s often in reference to the courts. For the Trump administration, it needs to extend into policy. We have an opportunity as a nation to roll back many of the unconstitutional actions and powers that have been accumulating in Washington DC since the days of FDR. It won’t be easy and requires a three-pronged attack against budgets, bureaucracy, and power. However, it will be almost impossible to drain the swamp if DC doesn’t apply originalism to policy just as Trump is applying it to the judiciary.

This is where a proper combination of praise and rebuking from the right comes into play. Those on the right who are adamantly anti-Trump can’t help but sound like their counterparts on the left, which is to say they can sound silly if all they do is complain. Those in the old NeverTrump camp need to be reasonable with their judgments. Whether you want to admit it or not, some of Trump’s actions have been good and some have been bad. It’s up to us to distinguish between the two.

Diehard Trump fans will praise everything he does. The anti-Trump machine known adorably as #TheResistance will oppose everything he does. Both sides are able to influence a portion of the majority of Americans who are mostly apolitical and susceptible to the whims of the media, but neither can influence the administration itself. The discerning and fair folks who are vocal in both directions based upon the merits of each individual decision and action are the ones who can push or pull the administration to do the right (or wrong) things. We saw this on the campaign trail during “the softening” when Trump flirted with being less conservative on the immigration issue. He was swayed by the outcry of conscientious conservatives and returned very quickly to his original stance. We’ve seen it with the travel ban. Less than 2 days after some of his vocal supporters pointed out the errors in his executive order, changes started rolling out to fix some of the issues.

The truest thing President Jimmy Carter ever said was that Trump is “malleable.” The question we are faced with answering today and just about every day going forward for the next couple of years is whether Trump can be pulled towards small government originalism or if he’s going to heed the advise of his big government advisers. This is why we formed the Federalist Party in the first place. We cannot afford to mobilize later if the administration or leaders in Congress prove to favor engorging the government even further. Now is the time to prepare for the continuance of unconstitutional actions while also trying to sway the two-party in the right direction. We’re not giving up on correcting the direction of DC as it plummets further into overreach, but we’re also not going to wait around and hope it gets better on its own.

Nominating Gorsuch is a great move on many levels. It cannot be allowed to be the singular originalist moment in DC that’s followed by a continued slide towards big government policies. Trump needs to do more and we need to be there to comment one way or the other. When he defends the Constitution, we should praise him. When he embraces big government policies, we should rebuke him. This doesn’t just apply to President Trump. Everyone in DC must be held accountable.