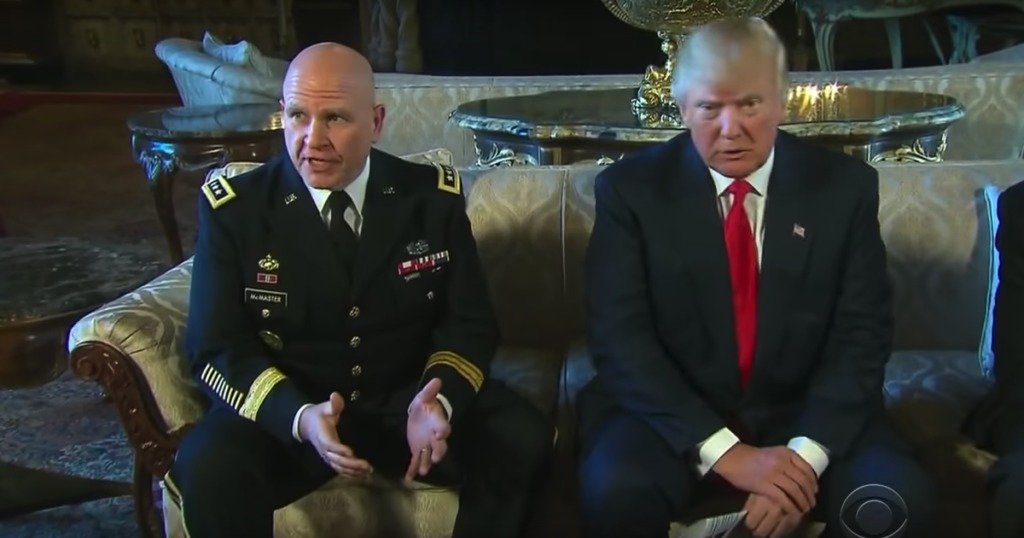 With the ouster of Gen. Flynn for misleading the VP in his interview (not about Russian contacts contrary to liberal gossip) President Trump’s choice of Gen. McMaster is an exceedingly poor replacement.

The single most important security issue of our time is Islamic jihadi terrorism.  President Trump understands this.  Gen. Flynn understood this.  Gen. McMaster does not.  McMaster is an adherent of Obamaism that Islamic terrorism is not a part of Islam as taught by Muhammad.  But anyone who knows anything about the Koran, Hadith, and Muhammad’s life knows full well that it is a large part of his teaching and his way of forcing Islam on others to make them submit.

Congressman Duncan Hunter (R-CA) understands well that the Iraq and Afghanistan wars were fought badly.  Joint Chiefs Chairman Colin Powell, who has since fully endorsed Obama, insisted to President Bush that if he invades Iraq and Afghanistan that he must use the “China Shop Rule of ‘You break it, you buy it’” and rebuild it to make it better.  The trillions of dollars wasted in rebuilding Iraq, only to have Obama pull out all American troops and hand it over to the Islamic jihadis of the Muslim Brotherhood under the banner of ISIS, was an atrocity committed against the American taxpayer.  Iraq is a third world sh*thole country whose megalomaniac leader spent all of his resources building a huge army that, while it threatened his other third world oil producing neighbors, was incapable of serious action against the American military.  Iraq was not Germany or Japan and required no aid for which they would be grateful.  They could easily have afforded to make their own repairs to their infrastructure and did not require American blood and treasure to make them better.  They were very quick after America overthrew Saddam and rebuilt their country to sell their oil to America’s enemies rather than make a deal with us.  Despite Christians freeing them from tyranny they still outlaw the building of churches in their land.  Islamists are not capable of becoming civilized when they adhere to Muhammadism.

At CPAC and in his address to the nation last night, Gen. McMaster asked President Trump not to name Islam as a root cause of jihadi terrorism.  Thankfully, the president did not take his advice and water down his determination to end the Jihad.  Sucking up to Islamists that Obama’s financial and military assistance to the Muslim Brotherhood to overthrow Middle Eastern governments has renewed serves no purpose except to empower Islam.  Americans made their stupidest mistake in electing a Moslem Trojan Horse to give their money to people that hate us and want us all dead.  The general believes Obama’s claim that jihadi terrorists are not Islamic.  But a study of Muhammad’s life quickly reveals that he spent many years as a warmonger having those who spoke against him murdered by his fanatic followers.  The use of terrorism, war, and oppression is absolutely Islamic!  Not understanding this will make McMaster a very poor National Security Advisor who is afraid to anger those 80% of Moslems who endorse the Jihad and want to impose Sharia on the world.  Trump’s Cabinet is the best since Reagan and maybe better.  But this premium position necessary to the security of the United States, the West, and the world with an Obamaite in charge is a grievous mistake of the first order.  McMaster needs to go the way of Obama and the Democrats who have chosen the most anti-American Islamic people to lead their party.

Seven things you need to know about new DNC Chairman

Articles about Muhammad and Islam;