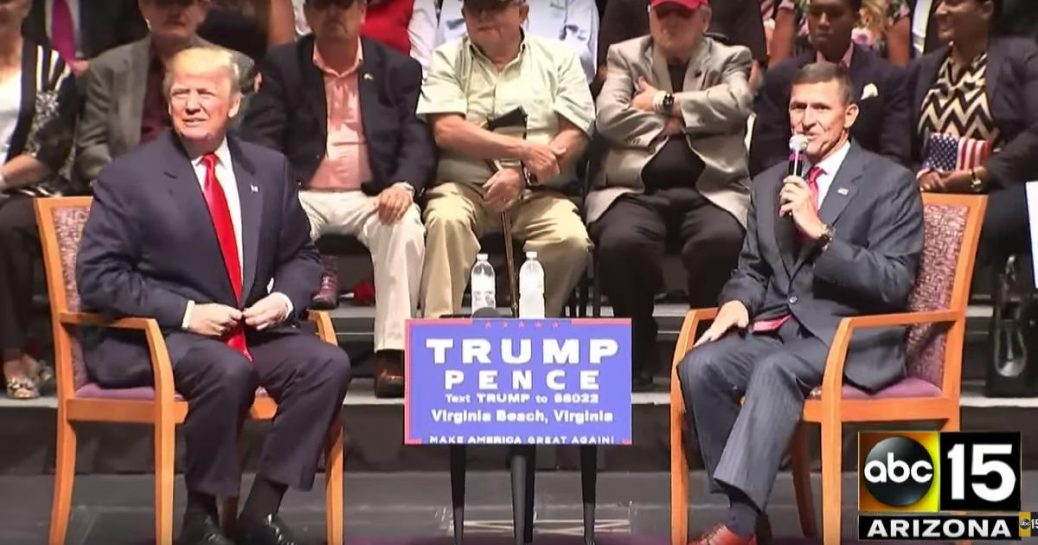 Gen. Flynn’s resignation when Democrats are still obstructing Trump’s Cabinet appointments is a massive victory for the Left.

Flynn’s resignation from Trump’s Cabinet was a tragic and unnecessary setback to the Trump administration.  Republicans must be extremely wary of leftist lies or twisting facts to create the illusion of lies.  Their mantra of “the seriousness of the charge” being enough to convict Republicans of corruption must be invalidated, not legitimized!  A Republican can be banished for tapping his foot in a bathroom stall, while a Democrat can run a male prostitution ring out of his house and be re-elected a dozen times (ala Barney Frank (D-MA)).

Giving Democrats Flynn’s head to set on a pike while they haven’t even confirmed half of Trump’s Cabinet is a massive strategic victory for the Trump hating anti-American Nazi party.  Now they will redouble, triple, and quadruple their efforts to undermine Trump and obstruct Republicans from making any advances to repair the destruction Democrats have wrought.  If they thought that having Devos blocked from going to work or having Flynn thrown under the bus was bad, if they thought the riots and comparisons of Trump to Hitler were serious, they haven’t seen anything yet.  This action is only going to so embolden the Democrats and Trump haters that it’s going to lead to someone being killed by the Nazi Left.

Democrats offer nothing but hate and lies

Leftist media doesn’t just promote lies to dupe Democrats, but wages a misinformation war against Republicans to dupe them as well.  Democrats don’t debate, they just spew poison.  Leftists don’t seek the truth, they just promote their own lies and call everything with which they disagree lies, hate, racism, and bigotry.  It’s not both sides being uncivil.  Only one side conducts riots in the streets and slanders in Congress.  There are stories going around like the one about prominent Republicans taking money from George Soros.  This was not written by a conservative exposing turncoats.  This was written by a leftist trying to smear effective Republicans to turn their own people against them.

There’s also a picture that says it is George Soros as a twenty year old Nazi youth.  While Soros is an avowed socialist of the Nazi/Communist variety, he was too young to be in the Nazi Party.  There’s a story that Trump’s EO nabbed a high value terrorist leader trying to enter the country.  There’s another that a young Syrian boy was denied entry to get heart surgery.  All these stories are just bogus lies by leftists trying to corrupt the thinking of Republicans by duping them into believing and promoting lies.  There is more fake news being produced than real news.  Real news has become so politicized that there isn’t an honest journalist left in the country who simply reports events.  Instead, they deliberately report events in such a way as to promote their own point of view.  (This is different from opinion, like my own, which openly expresses my thoughts and feelings.  It is propaganda meant to warp people’s thinking without their consciously knowing.)

It’s just like the so-called “leaks” that exposed Flynn’s dealing with Russians.  Nothing happened that warranted his resignation, but the leftwing propaganda machine implies that it was, which is why Republicans must never yield to leftist lies!  Those who hate Bannon at Time magazine named him the puppet master hoping that Trump would fire him to prove them wrong, thus serving their agenda.  The Left would love nothing more than to eliminate effective Trump people like Kellyanne Conway, and Steve Miller who made mincemeat of George Stephanopoulos’ denial of voter fraud.

For example, when Elizabeth Warren gets on the podium in the Senate to spew bile about Sen. Sessions and gets slapped down, leftist media does not report what she did and what happened to her.  They report what she says in follow-ups by enabling her to spew more filth and lies out of her mouth.  This is the same as a senator who interviewed a Trump Cabinet member asking him if he said he took money from bankers, which he denied under oath, but she, not under oath, repeatedly lied and said he told her that he had!  This leftist sabotage must be stopped by fighting fire with fire before they start successfully assassinating patriots and Trump administration officials.

Rubio tears apart Warren for her smear of Sessions