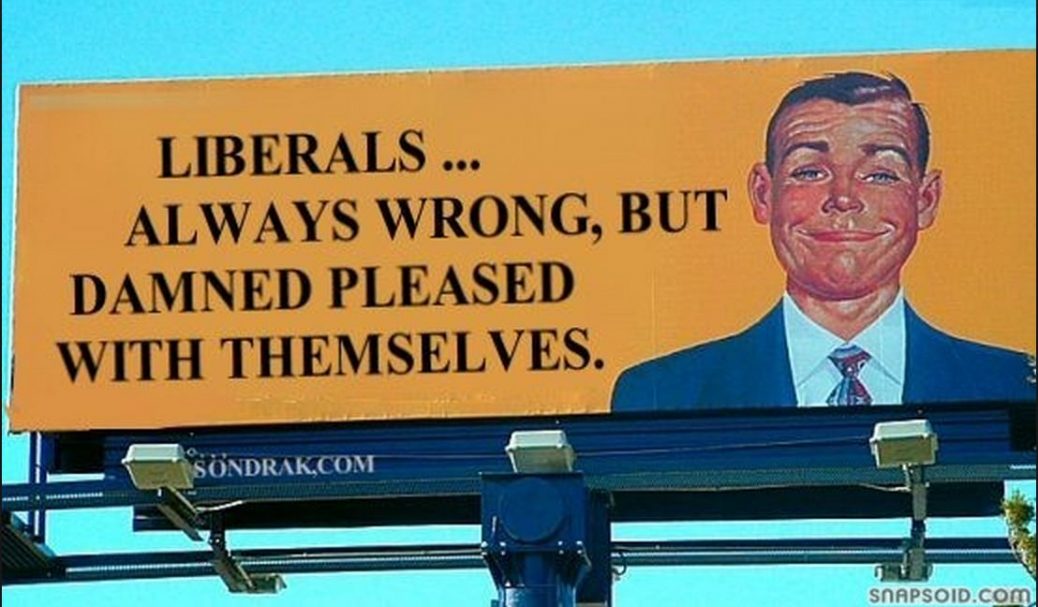 One thing that gives me hope for the future is that conservatives seem to have learned at least one important lesson from this past election, while liberals have not.

Look at how the process of appointing people to positions in Mr Trump’s administration is going. Liberals are responding to his appointments the same way they always respond to conservative appointments. See especially their reaction to Mr. Bannon’s appointment as White House strategist. They accuse the appointee of being a racist, a sexist, a homophobe, and a Nazi. They demand that he be fired and that other conservatives denounce him.

Of course we’ve seen this scenario played out many times in the past. Political debate in this country for the past 20-plus years tends to go like this:

Conservative: I think we should [for example] require people to show an ID to vote, to make it more difficult for anyone to vote twice. Every vote should have the same weight. If one person votes twice, that dilutes the value of a voter who follows the rules and only votes once.

Conservative: I’m sorry! I didn’t mean to say something racist! Please, what do I have to do to prove I’m not a racist? I’ll do anything, just name it!

But … that doesn’t seem to be happening this time. Liberals describe at least half of Trump’s appointees as racists/sexists/homophobes, and Trump simply ignores them. He doesn’t rescind the appointments. He doesn’t distance himself from these people. He doesn’t even seem to be bothering to respond to the absurd liberal attacks. He just ignores them.

And more amazing still, other Republicans are also standing fast. Well, “standing fast” may be an exaggeration. Many of them are so used to being cowardly wimps that they are very tentative. But, maybe I’ve missed it, but I haven’t seen one leading Republican demand that Trump withdraw an appointment because liberals said the appointee was a racist. There is certainly no large outcry from Republicans like we’ve seen in the past. Remember Trent Lott? Sam Fox? Clarence Thomas? Robert Bork? Todd Akin?

In the past, liberals have consistently been able to derail a conservative appointment by yelling “Racist! Sexist! Homophobe!” and conservatives have promptly run for cover. They didn’t need to present serious arguments against the appointee. Name-calling was sufficient.

But now, the rules appear to have changed. Name-calling does not instantly derail a qualified appointee! During the campaign, the Democrats called Trump every name in the book, and he still won. It appears that large numbers of voters aren’t falling for it any more. Maybe the voters were smart enough that they never did fall for it, but Republican office-holders routinely did. But no more. The rules have changed. The Republicans have learned their lesson.

But the Democrats have not learned anything. When they call an appointee “racist” and it doesn’t work, they try shouting louder. They appear to be convinced that if shouting “racist” doesn’t stop the Republicans, the problem must be that no one heard them. They try saying it again. Repeating it on different media outlets. They try using different insults: “white nationalist” and “alt-right” and whatever other new words for “racist” they can think of. What they don’t do is try something different. When this tactic doesn’t work, they are not trying a different tactic. They can’t accept that it’s not working. They just try the same failed tactic again and again.

They’re like a highly skilled swordsman used to winning every duel, who can’t grasp that the invention of gunpowder makes his skill obsolete. Instead of learning to fire a gun, they are convinced that the secret to victory is to get a better sword.

I’m praying they don’t learn anything. Let them keep trying a tactic that doesn’t work any more, over and over.

(As I write this, I have this fear that tomorrow Trump will announce that he’s withdrawing a nomination because he has learned that his appointee is a racist/sexist/homophobe. I hope he doesn’t prove me wrong.)