Trumped on Day One! The President Issues Executive Order to “Ease the Burden of Obamacare” 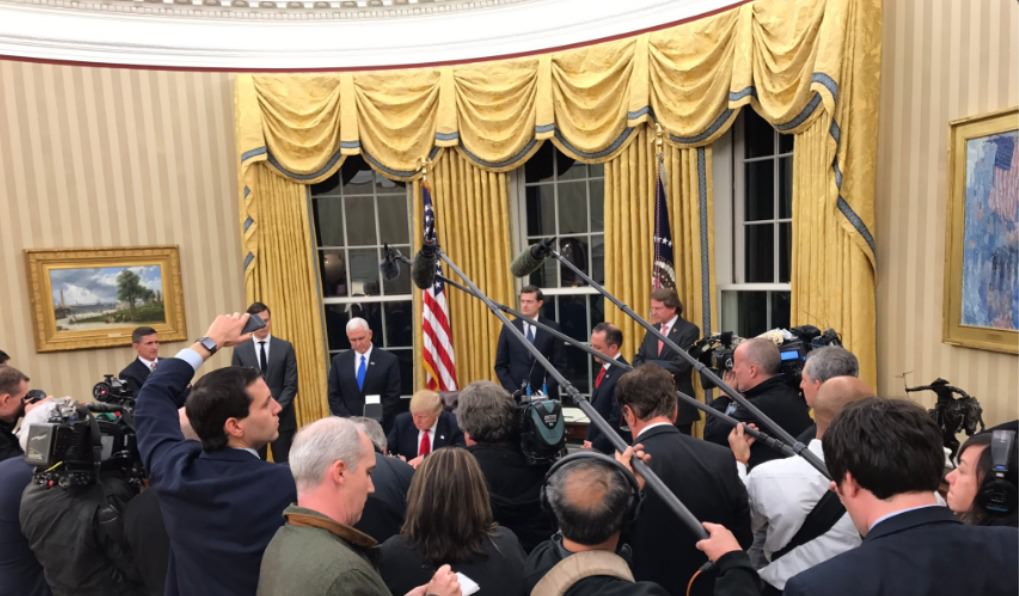 As promised, while the country celebrates (and protests) the President’s election, President Trump’s first action in office was to issue an executive order to “ease the burden of Obamacare”. His directive was directed to all branches of the U.S. government while his staff and Congress began drawing up paperwork to begin the repeal of Obamacare immediately.

While the President’s administration is still being formed, White House Chief of Staff Reince Priebus presented Trump with the order, which he described as: “An executive order minimizing the economic burden of the Patient Protection and Affordable Care Act pending repeal.”

White House Press Secretary tweeted the picture below of the President making good on one of his larger campaign promises – my fellow Americans, the grown-ups are back in town. America is truly being made great again as Barack Obama’s failed presidency is no longer part of this country’s glorious legacy.

.@potus signs documents to allow Mattis and Kelly to be sworn in & exec order on #Obamacare pic.twitter.com/CdGcGlyfbI