Trump Wrestles Media Sharks and Shows Them Who’s the Alpha! 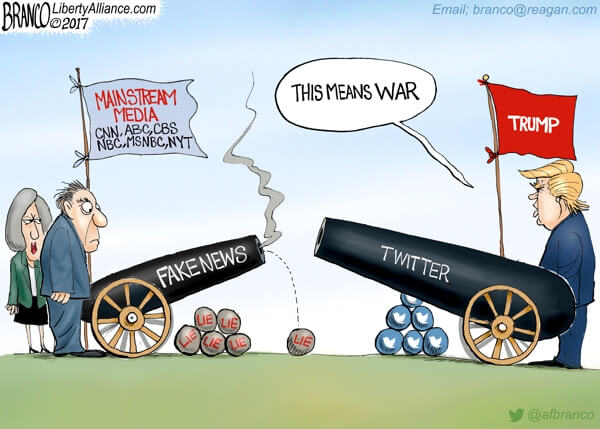 Media sharks felt the thunder at President Trump’s first full press conference.  Proving why American patriots elected him to be the man to repair America, The Donald made the liberal Democrat “watchdogs” his b*tch!

President Trump took the liberal Democrat media “watchdogs” by the scruff of the neck and tossed them onto their tails.  Leftwingers claim they are the ones who “speak truth to power,” but have been spending all their efforts spreading lies to power and all the world sees it.  In less than an hour and a half The Donald proved to the world that he is in control and has become the watchdog of truth in media.  Just as he predicted, after the presser ended the lot of them ran to their cameras to declare him to be “unhinged.”  They should look at themselves after listening to Trump and see which of them appears unhinged to the thinking public.  They should check out how liberals around the country have been behaving to find out what unhinged really looks like.

Unhinged are leftists believing that Russians hacked the election for Trump.  Unhinged is believing Trump colluded with them against America.  Unhinged is Jill Stein using her supporter’s campaign donations to pay for failing recounts in every battleground state.  Unhinged is her seeking a looney liberal federal judge who will declare Pennsylvania’s recount unconstitutional.  You want to see unhinged, listen to any liberal and you will know the definition.

America Hating Obstructionist Leftwing Extremist Socialists (AHOLES) are putting such an incredible number of lies on media that no one can keep up.  At the same time they say Trump lies about everything.  (Obviously, they’ve never truly fact-checked Obama.)  But unlike Obama, who has to hem and haw as he speaks to keep from saying what he really thinks because he knows Americans would lynch him for it, Trump is one of those people whose mouth can’t keep up with his brain.  To the uninitiated who don’t deal with real genius this seems as disjointed as talking to a common idiot.  But idiots don’t become billionaires.  Idiots do, however, become liberal media pundits.

“If you’re over thirty and a liberal, you have no brain.” – Winston Churchill