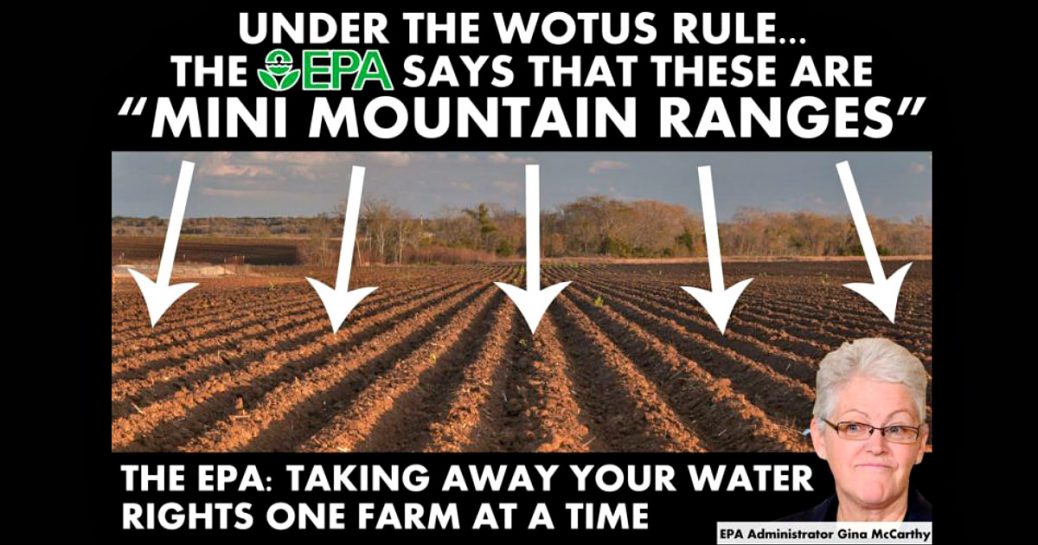 Of all of Obama’s Executive Orders that President Trump could choose to abolish one of the first is Obama’s Clean Water Rule.  From the title you would think that the rule is a good thing to supply only clean water for our children to drink.  But the order actually has nothing to do with keeping water clean.  Leftists protest declaring that Republicans want people to drink dirty water and breathe dirty air.   How stupid do you have to be to actually believe that anyone would want to drink dirty water?  What kind of a lack wit does it take to believe people want to breathe dirty air?  How dumb, ignorant, moronic, idiotic, and outright senseless do people have to be to believe Republicans want them to drink and breathe dirt?  This is what makes liberals the stupidest people on the planet and what makes Democrats, who include this at the top of their party platform, the greatest proponents and attractors of the galactically stupid to their party.

As President Trump explains, the rule actually had nothing to do with clean water, but with control.  If a rancher dug a well on his land from which to water his livestock he would be in violation of this order.  Democrats could then swoop in and fine him tens of thousands of dollars, impose court injunctions on him, and potentially throw him in jail and seize his property.  The new rule required the rancher to go to the Democrat authorities and pay for the privilege of digging a well on his own land.  It was essentially Democrat’s means of blackmailing someone to conduct their business as they had been conducting it all their lives.  With this rule you could not put a pot out in your yard to catch rainwater without incurring the wrath of Obama.  This is the kind of new regulations that Democrats quietly put into place, using names that sound good to those ignorant of their actions, in order to strangle businesses and drive down the U.S. economy.  Then they would blame Republicans for the poor economy and set them up to be demonized when this rule is revoked as wanting to kill people with dirty water.

Christian conservatives love people, believe in free speech, and are abhorred by leftists rioting and assaulting people with whom they disagree.  This leftist ideology that violence overcomes truthful speech has been their axiom throughout history.  If you can’t win the argument with reason then beat your opponent into submission by brute force.  This is why Muhammad sent his fanatics to murder those who spoke against him.  This is why Hitler sent his Brown Shirts to attack his opponents to shut them up.  They would even send their people in disguise to attack their own people so they could blame their opposition, or to mingle among them and attack their leaders so they could say they were not unified.  As a Christian conservative I love people, but I hate stupidity and mean-spiritedness, i.e. evil.  The only thing that is worse than a stupid liberal is an intelligent liberal.  That’s because a stupid liberal is just easily duped, but an intelligent liberal is the one who creates the lies to fool them.  Ignorance of the law is said to be no excuse for doing something illegal.  But stupid laws have no place in American culture and this is one of those laws.

The cognitive dysfunction of the underdeveloped young mind

President Trump is as True Blue as Obama is False