Trump vs. the Swamp, Round 1 was no Knockdown let alone a Knockout 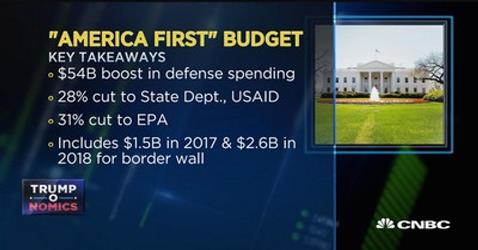 If you listen to Democrats you never get the truth.

The leftwing press and liberal Democrats have a real problem with the truth.  Yesterday every Republican was enraged that Democrats got the budget deal they wanted just because they threatened to shut down the government and blame Republicans.  But did they?  WH Spx Spicer says this budget fight wasn’t significant, but a leftover courtesy of Obama for not passing a full year’s budget last October.  Although nothing much was changed according to the Democrats because the actual border wall wasn’t included, some of Trump’s key budget initiatives were inserted such as increasing military spending and decreasing the EPA, along with some border barriers the Left didn’t see coming.  So the great deal maker wasn’t shut out or shut down, but gearing up for the fight to come.  As much as people want Trump to shake things up in Washington today it isn’t going to happen overnight.  As everyone keeps saying, Democrats had years to do all the destruction, and it’s going to take years to repair the damage.

Nothing in This Budget Deal is Defensible, But Sean Spicer Gave It a Shot

While President Trump celebrated the end of the honeymoon that wasn’t, leftist journalists met for their annual White House Correspondents Dinner to rub up against each other.  Without their Republican piñata in attendance, they decided that they would declare themselves the defenders of freedom of the press and free speech, p*ssing on the American people’s boots and telling them it’s raining.  They had a fake correspondent from a TV show be their headline speaker and announced that they were working toward bringing down Trump like they did Nixon.  Of course, they never work to tell the truth to the people, expose their leftwing fascist brethren of Obama’s Black Hoods army doing their best to silence free speech, or do dig out the truth about Obama’s illegal wiretaps of the Trump campaign.

Obama did more to silence free speech through Net Neutrality and the Climate Science Inquisition than any president in American history.  But he is their messiah and they will have no ill word said of him.  They dream of having Obama back to make white Christians his debt slaves and unmake the U.S. Constitution.  Losing the 1st Amendment to Obama will not hurt them, however, as, like Pravda, they have been the state run media of the Democrat Party for decades and will certainly be kept in place to dispense party propaganda to the peasants.