Trump Turns the Other Cheek as Democrats Spit in His Face 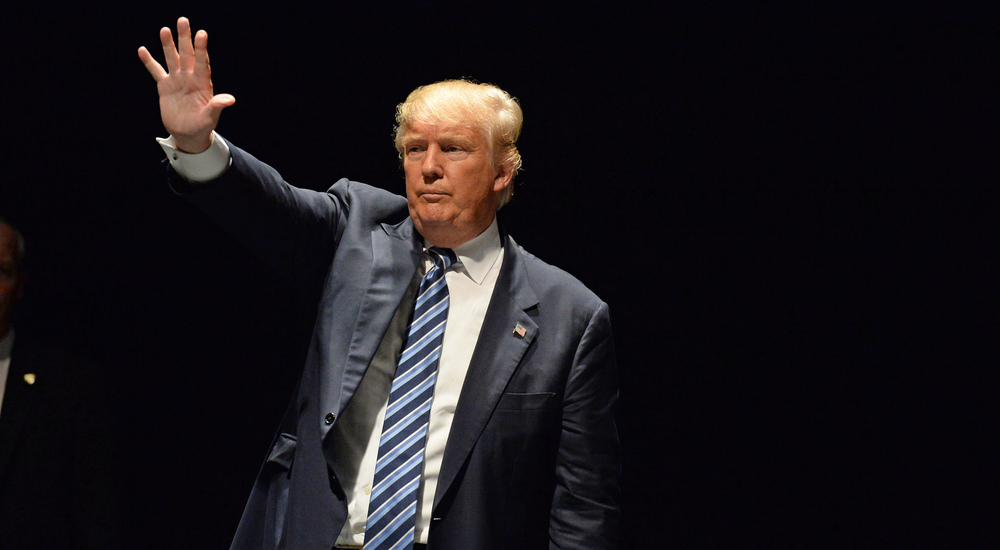 “It would be wonderful, a dream would be that no country would have nukes, but if countries are going to have nukes, we’re going to be at the top of the pack.” (POTUS Donald J. Trump … Reuter’s interview) See… liberals knew it all along. He wants to blow up the world!

I wonder if the very first dodo birds ate cherries, because their dodocrat progeny enjoy cherry pecking at everything our President says. If Donald Trump were to say he liked to watch a program about Unicorns while eating a slice of pie, Democrats would accuse him of slicing the horn off the fabled horse and sticking it in his eye. Are these people hard of hearing or are they just not able to keep up with him? The average IQ of America is 98. (IQ Research) Donald Trump’s IQ is 154. (US News Scoring Criteria)

OK…so let’s talk Play-dough. Why would a man who’s IQ is genius, give Play-Doh to flood victims? I don’t know…why do fire fighters give teddy bears to children? Don’t they know these kids have lost their homes? They don’t need teddy bears. They need a new home. Stupid firefighters…Tone Deaf Trump.

Folks…his Play-Doh idea was brilliant! Teddy bears are comforting…but check out the power of this clay in a can. It was invented 60 years ago and is still popular with children, parents and teachers. It helps kids reach developmental milestones. As Universities know, it is widely used in therapy after trauma. (Even “Trump traumatized” students were given Play-Doh after his election)

In addition, Play-Doh is used to build stuff…and when it gets smashed… you start over… you fix it. Donald Trump saw the squished up mess of the United States after Obama had his fun. Hillary saw the mess and had ideas about how to make it prettier by adding some mud to the muck. In a God-given surprise election, the right leader came into office and his message of hope for America was the same as it was to one of the flood’s victims. “You’re going to rebuild. It’s going to be so beautiful.”

The name Donald means Great Chief…hmm….maybe that’s why so many call him “The Donald”. His middle name is John which means God is gracious. In his life I believe our President has reflected the grace of God. He gave sanctuary to Jennifer Hudson at Trump Tower after three of her family members were murdered. He dispatched his private jet for three year old Andrew Ten who needed special medical attention. He helped save a family’s farm when he found out it was going into foreclosure. He sent Sergeant Andrew Tahmooressi a check for twenty-five thousand dollars to help him get back on his feet again after he had spent seven months in a prison in Mexico. He sent ten thousand dollars to a bus driver who saved a woman from suicide. He gave a large amount of money to a little girl named Meghan who has brittle bone disease. There are more stories of his altruism but I don’t want to overwhelm the Liberals. Lefties, I am not saying Trump is god…try to remember…Trump is not a Unicorn. The word trump means trumpet…but he did not steal the unicorn’s horn. At his inauguration our president said, “The forgotten men and women of our country will be forgotten no longer.” Donald has been a trumpet for the voiceless moral majority.

While others may content themselves with golf, Donald is not relaxing into Politics as Usual. Donald has been taking stands for the unborn, stands for Israel and stands for the protection of our country. Recently our Commander in Chief invited 18 Green Berets into the Oval Office so they could take pictures of themselves to take home to their families. What other president has sent his visitors away with such souvenirs?

Some criticize the Donald’s White House portrait. In the past liberals mocked his hair, made statues of him naked and jeered at an altruistic man that should be cheered. Who knows…maybe… it’s not that certain folks are too stupid to understand him. Maybe the problem is that they do. If Liberals want to convince themselves they have the market on altruism…maybe a POTUS who is more altruistic than them is a threat. Maybe that’s why they are always trying to downsize him. Lefties…this isn’t Burger King and “…the have it your way days are gone.” Get over yourselves… and…
hijabs … I mean hats off… for Play-Doh Giving Donald J. Trump… Who will be remembered as the 45th President… of the United States …#When America Was Made Great Again.