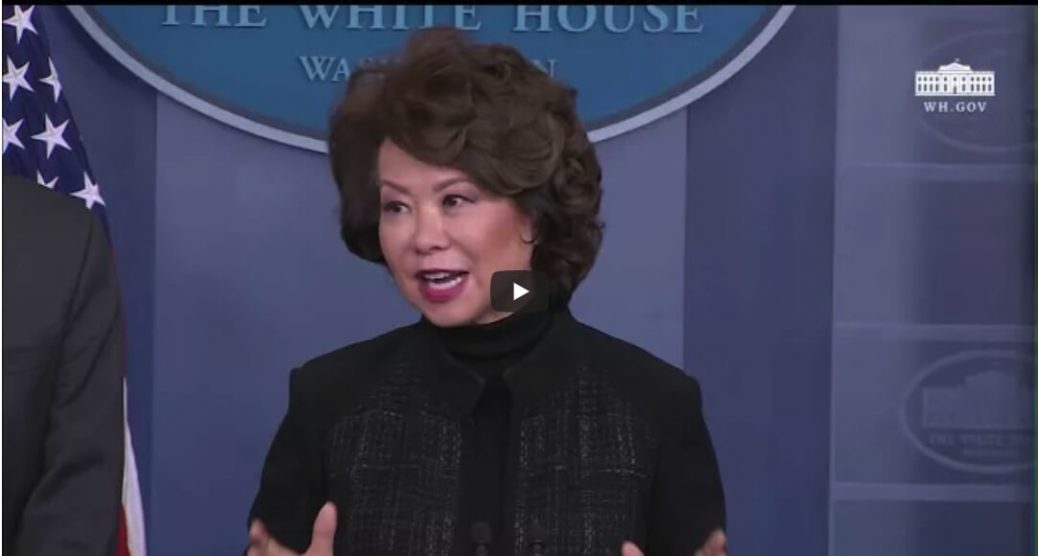 Transportation Secretary Elaine Chao (the wife of Senator Mitch McConnell) was recently asked if taxes would have to increase for the government to be able to work on our nation’s infrastructure. While not admitting that taxes WOULD go up, the Secretary did say that it could be a likely course of action because “there is not enough money in the world to pay for all the infrastructure” that we need.

Elaine Chao: That is a decision that is up to the state and local governments, and also, it is going to depend [on whether we implement] a federal gas tax. These are hard decisions.