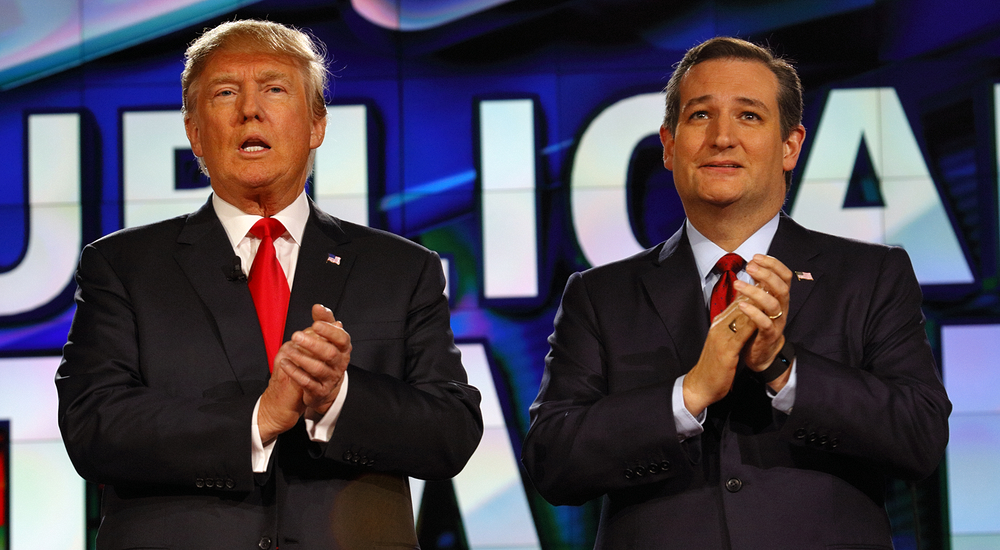 We say some people are bigger than life itself. Perhaps they are. It’s as if their body is too small for their soul and spirit. Or as if their body does not do justice to their existence. It might be true of all of us. Perhaps they sense what is coming, reveal more patience, more grace, and a more advanced expectation of good than bad. They even seem to be prepared, more inclined to or ready for what is coming. We hear such talk, that so and so lives on a different plane than the rest of us, even if he was not born in Manhattan from which people of such influence and notoriety typically arise.

Like Rudy Giuliani from Brooklyn after 9/11, out of another borough of New York City has come a like-minded deliverer, Donald J. Trump. Not to rebuild a city and its citizens, but to gather a people from all their different handlers. Born in Queens, acclaimed last night in Cleveland, he seems too big for his party, too weighty for them to support or contain. He’s the elephant in the room blind people explain, one touching a leg, another grasping his trunk, yet another his tail. Leaders that view the people as one, tend to be seen that way by those who are used to being treated, handled like they are part of a special interest group, a mere splinter of the whole.

Democrats are used to thinking of themselves as splinters, whiners for one cause or another. They identify as feminists, transgenders, Blacks, Latinos, undocumented workers, union workers, the 98%, or victims of whatever victim-hood has been created for them by those who divide them and act as their spokespeople (Want an education? Google: plural of transgender. Used as an adjective, OK. Used as a noun, they feel objectified. Now Google: industrial strength scrubbers). Diversity defines the Democrat Party. Out of one, many.

We Republicans might not realize it, yet. We possess and defend our very own victim-hoods. We label them Tea Party, moderates, independents, conservatives, constitutionalists, Christians, evangelicals, homeschoolers, #NeverTrump. Now, what have we stepped into? Think about it.

Cruz was supposed to win with the evangelical vote. Trump won more of their vote (Maybe they were the twelve million Democrats, evangelical or Christian Democrats? who some claim illegitimately helped win Trump his victory). Some Christians vowed they would never vote for a Mormon, including Romney. Utah, Romney country, was carried by Cruz. A candidate that transcends the artificial boxes we’ve been painted into might help explain the anomalies. Donald Trump delivered many of us from our handlers, ripped open our boxes, and pointed us to the one wall, the only wall essential for us to build to help secure our nation’s sovereignty. Not all Americans were delivered, but many of us. From the many, back into the one.

That which draws us, forms us into one seems to determine the words that come out of Donald Trump’s mouth. That which erases all the little scribble lines that divide Americans writes the paragraphs of his policies. There is no typical pandering style appealing for the Latino vote, nothing particularly appealing to Christians or evangelicals in Trump personally or policy wise. He simply talks about making America great again, more exactly meaning make Americans great again. Because that is what makes America one, not a diversity of races, cultures, sexes, and religions vying for attention; but an identity we grasp and hold onto through thick and thin, an identity that wastes none of its time on handlers, that just simply and clearly exudes American.

Out of the many. One.