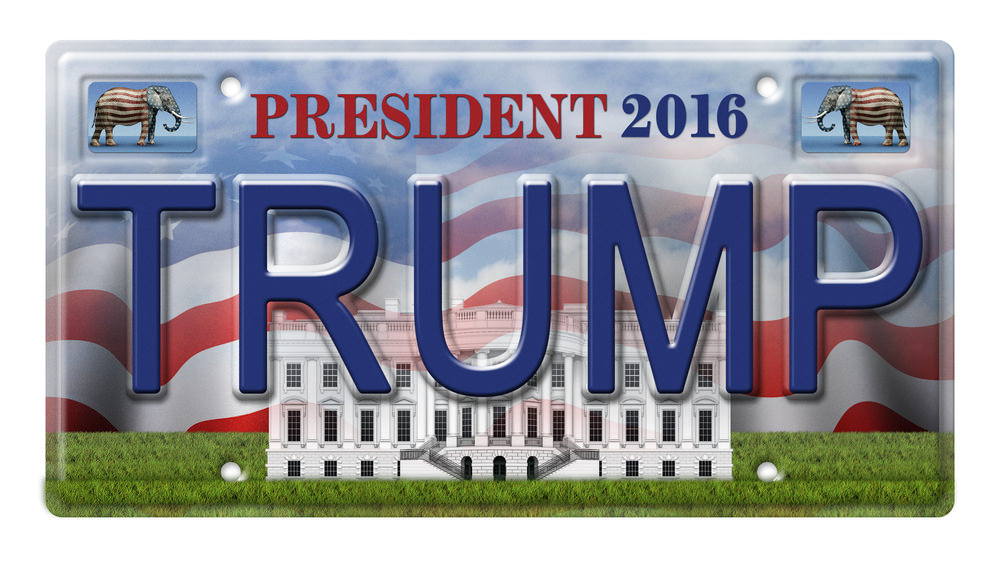 You can see how desperate the “usual suspects” are to “show” Hillary leading on Labor Day by noting the number of stories about how Clinton leads Trump today. These stories inevitably relate Clinton’s “lead” to past election leaders on Labor Day, most of them going on to win in November.

But this is no ordinary election.

The chart below reflects the daily averages to date starting at August 13 (each day the average has more samples and, therefore, carries more momentum forward): 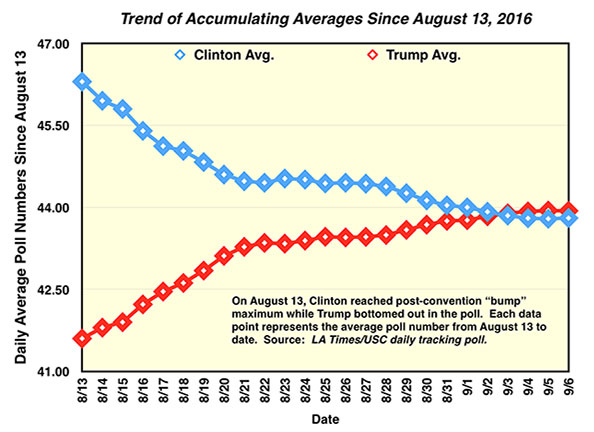 The significance of this chart is Trump’s steady rise in the “to date” average since Clinton’s post-convention maximum while Clinton’s numbers have steadily declined or remained about the same.

Of particular interest is that on Labor Day, the first real “benchmark” of how candidates are doing, Trump’s long term average exceeded Clinton’s for the first time since Clinton’s maximum post-convention bump.

Because each new date is based on a larger sample, the trends carry more weight (and momentum) as time marches on toward election day. The strong trend of Trump rising and Clinton falling will be difficult to reverse. Barring some substantial change in the race dynamics, Trump’s superior poll numbers should steadily increase his margin over Clinton.

As these numbers reveal, Trump leads substantially in motivated demographic profiles and those most-likely to vote this November.