Trump is Right About Obama and the Orlando Attack 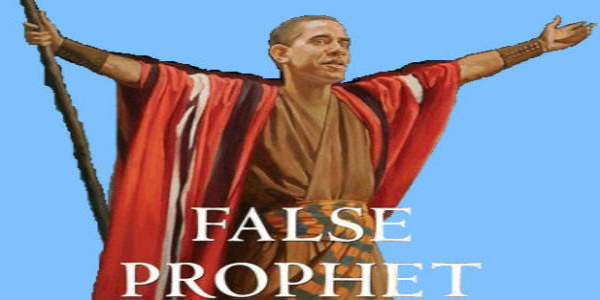 Donald Trump is right in suggesting publicly that Barack Obama “had something to do” with the Orlando Terrorist attack ( & other attacks.) This is something that needs to be mentioned, explored and prosecuted by the proper authorities.

After following the rise of Donald Trump, literally hanging on and writing on his every word for nigh unto a year, he has finally said something that I agree with 100%.

Barack Obama is either on Radical Islam’s side, or he is a weak, feckless fool and I don’t think he is weak, or a fool.

Dinesh D’souza’s films have highlighted Obama’s intentions to destroy America from within and Obama’s ties with Radical Islamists, Anarchists, Communists and Black Dominionists are common knowledge. Obama’s unwillingness to “call a spade a spade” in wake of tragedy is highly suspect.

“Look, we’re led by a man that either is not tough, not smart, or he’s got something else in mind,” Trump said in a lengthy interview on Fox News early Monday morning. “And the something else in mind — you know, people can’t believe it. People cannot, they cannot believe that President Obama is acting the way he acts and can’t even mention the words ‘radical Islamic terrorism.’ There’s something going on. It’s inconceivable. There’s something going on.”

In that same interview, Trump was asked to explain why he called for Obama to resign in light of the shooting and he answered, in part: “He doesn’t get it or he gets it better than anybody understands — it’s one or the other and either one is unacceptable.”

On June 1st , 2009 Barack Obama first named the month of June “Gay Pride Month.” Every major LGBT issue that has been ruled upon by the Supreme Court has taken place annually in the month of June. Ramadan (Muslim Holy Month) is also in the month of June, every year. Surely he knows this. This wreaks of intentional antagonism or complete buffoonery. Much like the Obama administrations continuous race-baiting, this is a case ideology-baiting, akin to forcing Jews and Nazi’s to celebrate Hanukah together.When a Muslim then executes 50 homosexuals in a night club, during Ramadan, Obama blames the Conservatives and the Second Amendment of the Constitution.

Obama continues to let streams of  Syrian refugees cross our border, contrary to the will of the people and in direct opposition to measures voted on by individual State Governments.

There is now a Muslim Mayor in London with ties to Radical Islam, there are Senators, City Council Members, Judges and School Board Directors in our country whose potential radical influences have not even been vetted. They are systematically removing the Bible from the curriculum and adding Koranic teachings.

I intend no offense to so-called “Moderate” or “Western” Muslims, I do not believe that you want to kill Americans . In fact, your desire for citizenship in America shows your desire to escape Sharia Law and it’s horrors. However, there has to be a better way to weed out the murderers than simply counting the bodies of the dead after-the-fact and taking away the guns from  law-abiding citizens will only make it worse.

America is rapidly going the way of Eurabia. Experts say we are ten to fifteen years behind Europe in regards to Muslim population density within our borders and the pedophilic, anti-christian, anti-gay, anti-Semitic, rape culture of death being unstoppable in America just like it is in Europe.

The Caliphate is real and the Democratic Party is either too stupid to know it, or they are perpetuating it’s rise and I don’t think they are stupid…