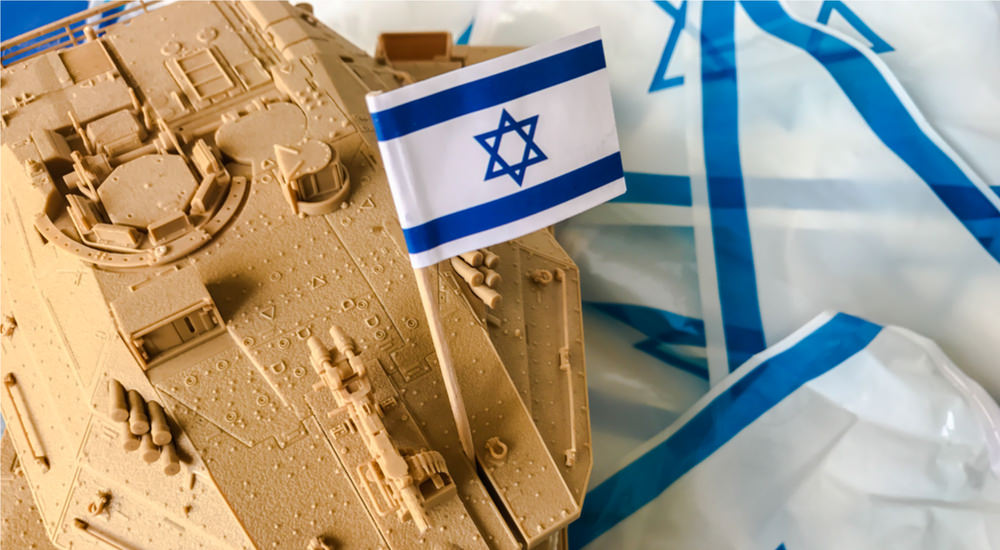 I said it before he was elected – I said it shortly after, and I’ll repeat it again. Although I was not a supporter, I did vote for President Trump and I gave him a clean slate to work with. I will praise him when he does right (in my view), as he has done on a number of occasions already, and will criticize when I feel it necessary.

Well, I feel it necessary. Some of the most important issues I felt comfortable with Trump were immigration, repeal of

Thus far, and I realize it’s very early, he has not disappointed on immigration and the border wall – energy related issues and at least his take on Obamacare – not withstanding the utterly spineless stance of Congress and the Senate.

However, I was stunned to read the statement from the White House Press Secretary regarding the seeming shift of policy regarding Israel. And I’m not the only one.

Following the election the Washington Times reported on the elation of Israel’s Minister of Education, Naftali Bennett, who exclaimed “Trump’s victory is an opportunity for Israel to immediately retract the notion of a Palestinian state in the center of the country, which would hurt our security and just cause.” He added that, “This is the position of the President-elect, as written in his platform, and it should be our policy, plain and simple. The era of a Palestinian state is over.”

Not so fast Mr. Bennett. “The White House warned Israel on Thursday [Feb. 2] to cease settlement announcements that are ‘unilateral’ and ‘undermining’ of President Donald Trump’s effort to forge Middle East peace, a senior administration official told The Jerusalem Post.

Did I miss something? Did the Senate mistakenly reconfirm John Kerry as Secretary of State, because this sounds like something he would say, not the Trump administration.

But sure enough – below is the statement from the White House which appears to me to be softening their support of Israel and instead seems to be buying into the myth that peace can actually be achieved between Israel and the amalgam of Palestinian terror organizations dressed up as a potential State.

Am I just monumentally naïve? Am I the only one who actually thought President Trump would be the one to finally and fully support Israel – to throw off the politically correct notion of a bogus and wholly unachievable “two state solution?” From the look of things, at least at first blush, I must be.

After all the talk during the campaign of support for Israel, the White House issues this statement. And on top of this, they are also backing off the promise to move our embassy to Jerusalem, the rightful capital of Israel.

Maybe I’m all wet and reading something into these statements that isn’t there. Maybe Trump’s meeting with Prime Minister Netanyahu will straighten everything out. I don’t know. Maybe I’ve just been so jaded for so long regarding the Middle East mess that I am seeing things that aren’t there. I don’t know.

Breitbart, the media arm of the administration, stated Thursday  that the White House statement is much ado about nothing – that, “In fact, the statement tacitly accepts all existing settlements.” Really? That’s what they got from, “While we don’t believe the existence of settlements is an impediment to peace…?” That’s a pretty meek endorsement and not very Trumpesque.

The Breitbart piece ends with: “No doubt, Trump is treading carefully in the Middle East. But he is taking a different path than his predecessors. And the mainstream media, more eager to score political points than to report the news, are setting themselves up for failure again.”

Maybe they are right, but when has Trump ever tread carefully? It’s the reason his supporters love him.

It was my hope that he tread boldly into the conflict and give Israel the green light to take the gloves off and do what they must to secure their homeland. It was my hope that we finally elected someone who would break from the 50 year long foolishness that the Palestinian leadership even wants a “two state solution.” They don’t – nor do most other Islamic States. They want Israel gone – period, and no amount of negotiation or force of will will change that.

I’m not looking to score “political points.” I couldn’t care less, and I dearly hope I’m wrong. But for now, color me disappointed.