Trump P*sses on the Democrat’s Parade 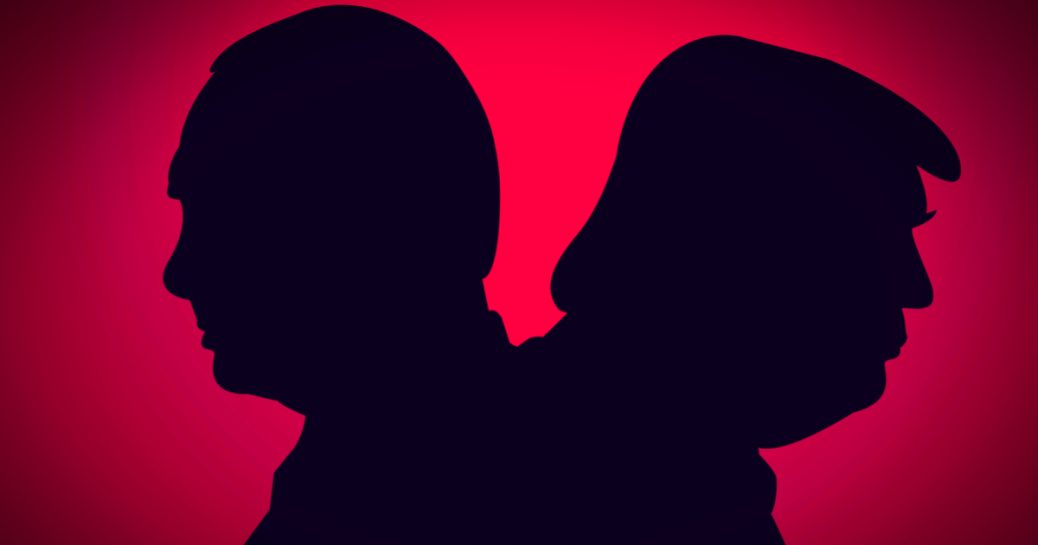 The story was already written before Trump went to Helsinki.  Rosenstein’s indictments of Russians as having hacked the election came out the day before he left.  Warnings by Democrats that Trump couldn’t survive meeting with Putin were spread all over the news.  Leftist media pundits played up that Putin may have something to hold over Trump’s head making him susceptible to manipulation.  Preparations were made so that once Trump came out from meeting with Putin to announce that Russia had indeed hacked the election they would make the pronouncement that Trump admits Mueller’s investigation is legitimate thereby making his presidency illegitimate.  The day came on Monday and Trump stepped easily around their trap as he and Putin instead blasted them for not investigating Hillary or believing the Electoral College results.

This caused them to throw a Wile E. Coyote/Yosemite Sam type tantrum and blow themselves to bits screaming “TRAITOR” in their most maniacal, hysterical ways.  Each tried to outdo the other in their descriptions of Trump’s thwarting of their plans describing his actions as betrayal of American intelligence agencies, a betrayal of the presidency, and more destructive to America than 9-11, Pearl Harbor, and the Holocaust combined!  The nuclear degree of their condemnations over a simple meeting made for some entertaining viewing as Democrat’s did a complete meltdown in public.

Rush’s analysis cuts right through the maniacal screaming of leftists trying to demonize President Trump.  The amusement of Trump and Putin throwing their ridiculous collusion back in their faces is worth the price of admission watching their presser.  Having the two of them stand as statemen rather than pawns to the press and p*ssing on their parade, and then watching the Left go insane is priceless.

Leftist liberal Democrats always conflate the facts with the truth.  Their claim that Russian hacking got Trump elected holds as much basis in truth as their claim that man’s CO2 pollution causes global warming climate change, or that CFA’s created a hole in the ozone and destroying Freon Corp. healed it, or that socialism taxing away wealth will make poor people prosperous.  One has nothing to do with the other except that they coexist in liberal’s dysfunctional delusions.  All of their condemnations of Trump as a Putin puppet fall flat in the shadow of his strengthening of NATO and dressing down of England and Germany for their acts weakening the alliance.

Democrat’s belief that socialism brings prosperity for all rather than just for the elites who tax away the wealth from those who make money is proof that only an idiot would believe you can tax a nation into prosperity.  Socialist communist Russia has been attempting to manipulate America’s elections for decades, but it is invaders from south of the border that have a much greater effect on changing the election than Russians ever have.  California, New York, Illinois, and other states have given them the vote with their driver’s license as voter ID, and they vote for socialism to steal wealth from Americans.  The American Holocaust that is ten times that of socialist Nazi Germany’s is the only proof of how genocidal that ideology actually is – and it’s all in the ideology of lying leftists.

No one in the Deep State is going to go after Hillary’s ill-gotten fortune or investigate her ties to Russia that Democrats have enjoyed for a century.  No one in the intelligence community that still works for Obama’s OfA army against America is going to lift a finger to stop the lies coming out of their offices.  Brennan, who converted to Islam under Obama as head of the CIA, and liberals who elected Obama, a Moslem socialist, to manage the nation’s decline when the nation has been at war with Islam and socialism for decades, are just a bunch of turncoat loser America haters.  Pay them no mind and God bless Trump for being an absolutely superbly brilliant media strategist.

Trump Destroys the World – AGAIN – for the Umpteenth Time!