Trump’s Lies Prove He’s Just Like All the Rest 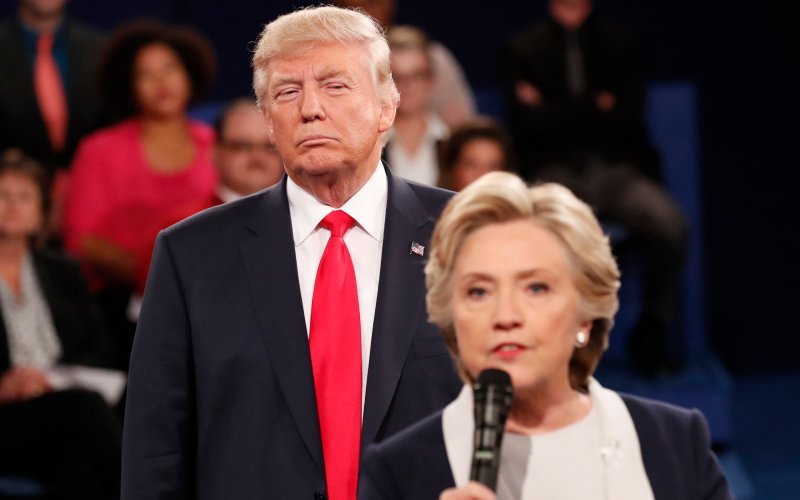 Donald Trump won the election by being bold, unafraid and the voters believed in him – that he, as the President, was going to make changes due to not being a politician, not owing anybody anything, and not being owned by anyone.

He was going to be different. He proclaimed to the American Voters he was going to drain the swamp of liars, corruption, thieves and law breakers.

Now that he is President-Elect Trump, his attitude is changing, lies are now playing into his ego, and he is making proclamations that are total BS – his most recent example being today when he said that he wants things to heal with Hillary Clinton and the Clinton Foundation.

In a Tuesday meeting with editors and reporters at the New York Times, Trump said he doesn’t “want to hurt the Clintons, I really don’t. She went through a lot and suffered greatly in many different ways.”

Donald, there are people in jail for the same laws that she broke. They are NOT good people If you won’t prosecute her, YOU NEED TO RELEASE EVERYONE ELSE IN JAIL FOR THE SAME CRIMES AS THEY ARE BETTER PEOPLE THAN CROOKED AND LYING HILLARY.

It’s not complicated. You promised to the people to investigate Hillary Clinton, the Clinton Family, and the Clinton Foundation. Now you are a liar like all politicians. You yourself said many times that it is recorded on tape that she was corrupt and you would go after her.

Mr. Trump I apologize. I apologize because I thought you were a man of your word and believed your promises. Now you have become just another politician that lies to the world.

In four years the American people will be back to put you out of office because you misled us and lied to us.