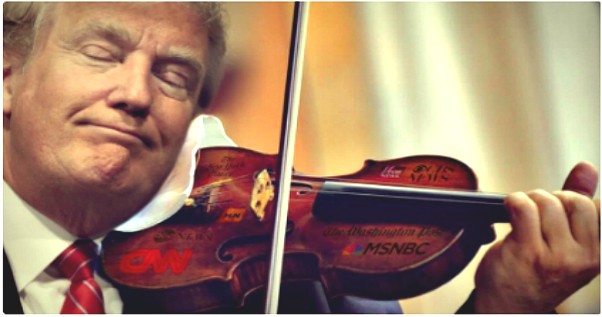 GOP Rep. Scott Taylor (R-VA) had some important advice for the mainstream media, and CNN in particular…

If I could give some objective advice to you. I think you guys are getting played, man.

Every time he does this, you guys over-react. When I say you guys, I mean you in the media. You over-react, you play right into his hands. Ironically, CNN reported on [President Trump] learning politics from the World Wrestling Federation in 2015.

There’s tons of news out there, let’s talk about real issues…

You guys are playing right into his hands, you over-react. And then he is able to use that politicall. You gotta start reporting on news. This is not really news.