Trump is the next Ronald Reagan 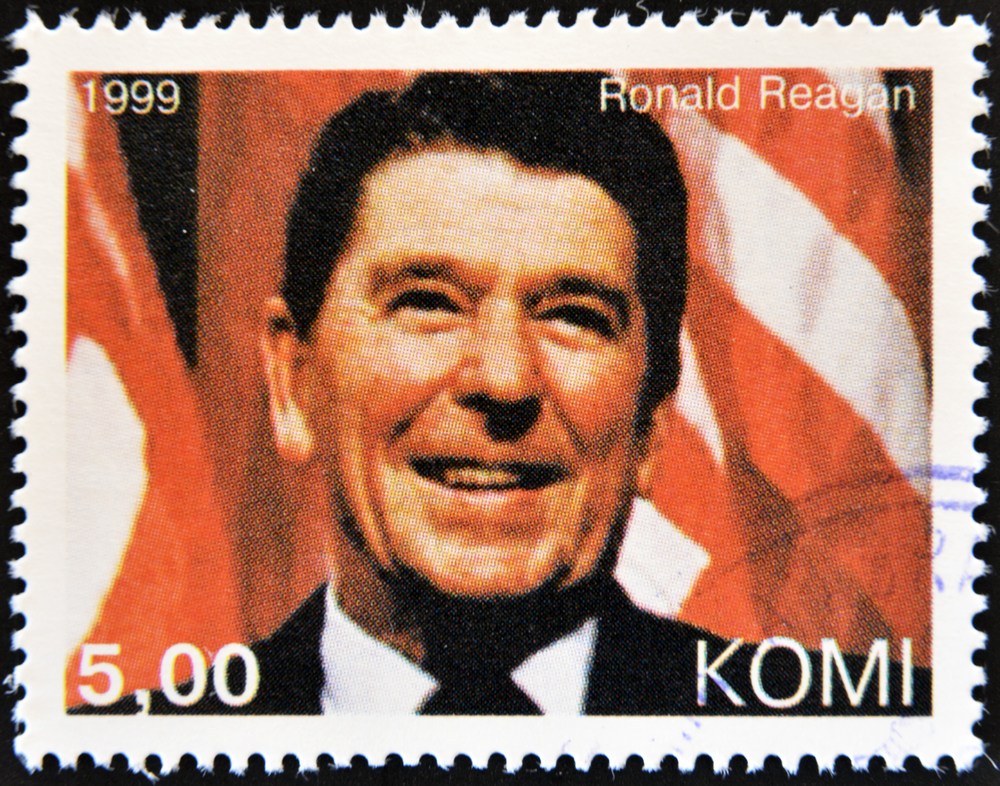 When Reagan first ran for office I thought “How can an actor know anything about politics?” But, after I researched his views, and more importantly, listened to what he had to say; I was sold. Interest rates dropped from 18% and counting to 10%–6%, businesses took off, taxes were lowered, our military was rebuilt, confidence in the American dream came roaring back; just to name a few. And, for the first time in my lifetime, no one wanted to piss us off.

Reagan didn’t talk, he acted. He didn’t go after a whole country for shooting down a airliner full of Americans, no, he took it personally. Announcing 24 hours after the fact on national TV, he had authorized the Air Force to bomb and strafe Muammar Qaddafi personal palace and residence, killing his whole family, wounding him; made the message clear. You screw with the USofA, Mr. Dictator, and I’ll take you out; period.

Americans were sick and tired, after only 4 years of the worthless Jimmy Carter, and Reagan came to our rescue; and turned things around. You want to know why? Because America, founded on religious christian principals is the shining light on the hill. If we go, the world goes with us. The Lord looks out for us; even after we make such stupid mistakes as electing completely incompetent and worthless individuals to run her.

Now, after 8 years, that seem like 20, of our Muslim Obama Presidency, Americans are finally waking up to the fact that you have to elect Americans to run our country, not a lying foreigner that promises everyone everything, but gives nothing. He keeps our Military engaged in wars, while financially cutting it back to the bone, forcing our best Generals to retire. He has forced our Military to accommodate Gays, transgenders and anyone else that wants to run day care centers in our most holy Military establishments. Our Air Force doesn’t have enough parts to keep 30% of our fighters in the air, while new technical development of our military systems has come to a grinding halt. It makes one sick.

Stack on top of this his unsustainable $17 Trillion dollar deficit, more than double the debt placed upon our backs, than all previous Presidents have accrued in the past 240 years. He loves Islam, because he is one. He loves illegal mid-eastern immigrates more than the guys in uniform that protect his Muslim ass. It makes one sick.

So, in comes Trump. Didn’t think much of him either, until I heard him talk. He talks like me, a businessman. Take it or leave it, I don’t care. Like it or lump it, your choice. My favorite, if you can’t stand me…well…go pound sand.

The American reaction? Overwhelming support. He has a heart of gold, just don’t piss him off. His kids work hard, he has an attractive wife and guess what? He is an American; born and raised. He takes no crap, from anyone, what a relief. He gives the left what they deserve; right to their lying faces. They cannot handle him; you know why? He tells the truth; he does not lie, he does not cheat; he gives it to you straight. How nice and comforting to know, what he says, he will do.

The left wing, lying media, has invented so much crap, that is untrue, when he fights back with the same insults he receives, they are speechless. The media nor the elites have NEVER played by the same rules Americans have to run thei lives by. Tell the truth, be honest in all your dealings with men and have integrity. So many decades have gone by with cheating, lying, unethical politicians in the highest establishments; now, they cannot handle the truth; and America loves it. We are sick of the deceit and we won’t take it anymore…remember, its We The People!

These are my predictions; Trump will win by a landslide. If not now, then later, Trump will indict Clinton and she and her womanizing husband will go to jail with all their minions. Our Military will be rebuilt, it will take a few face offs, then the world will back off knowing America is back; strength backs all cowards to the wall. The VA will be cleaned up; sacred governmental agencies will be scraped, taxes will go down, walls will be built, millions will be deported; and the secret Muslims that Obama has placed everywhere in our Government will be dismissed. “You’re Fired” will ring in the White House.

Foreign nations will pay USA to protect them and their assets, while we have enough natural resources to run America for 1,000 years. Millions will be put back to work while bringing our huge Corporations back to where they belong, home.

Trump has common sense, is shrewd,  probably a financial genius, and will treat America fairly, not trying to screw her in the ground for his own gain.

What is there not to like? “Make America Great Again” will be heard for decades after his 8 years have come and gone.

Better jump on the bandwagon while you can; it may never happen again. I’m sick and tired of being a 3rd world country supporting everyone else. It’s our turn once again.