Trump Must Change Tactics or Lose! 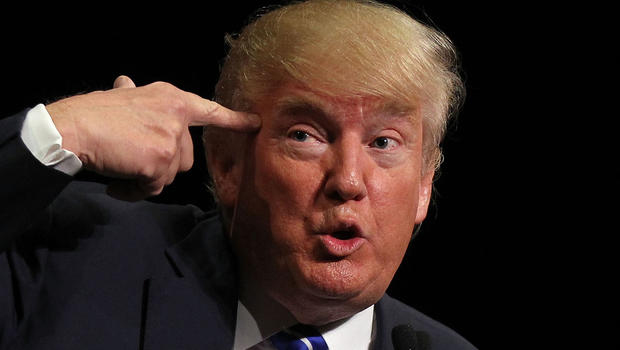 For a smart man who brags about his “good brain,” the Donald is surely blowing it!

In case he or his campaign staff have not figured it out yet, everybody in this country who has an IQ above 5o already knows Hillary Clinton is crooked, a liar and a criminal. Unless you are a liberal Democrat who will deny the facts proving all these things, you don’t need convincing. And if they are directing this campaign at the liberal Democrat, they are wasting their collective breath.

The Donald doesn’t need to make this his main oratory! Again, everybody already knows about Hillary already after 30 years of her!! He should be talking about the weak underbelly of the Democrat policies and results–instead he gets “played”. They attack him and he absolutely cannot resist the temptation to hit back! Stupid!

Trump was not my first choice; or my second, third, etc., etc. But HE IS the ONLY CHOICE Conservatives and Republicans have if we want to:

–Stave off an ultra-liberal Supreme Court for the next 20-30 years who would essentially destroy our way of life,

–Remind the Hispanic Catholics of the God-less Platform of the Democratic Party, supported by Hillary

–Realize the Chinese, Mexicans, South Koreans and Japanese need to sell their products in our market more than we need their markets to sell our goods; and act accordingly

–Stop Muslim terrorist jihadis from coming into our country like they have done in France and Germany, and like Obama has done and Hillary will increase in numbers,

–Deport criminal illegals in this country and put forth a plan to deal with the long-term illegals here; and it CANNOT BE to deport all 11 million of them!! The prospect of all 11 million illegals being deported is what is killing Trump’s chances of getting the Hispanic vote.

If the campaign will concentrate on these “talking points and policy differences”, I believe they will take the election easily. If they don’t stop him from going off on a tangent and shooting off his big mouth every time the Democrats deliberately goad him, he will fall into their trap like Romney and lose! They are trying to cast him into a dye right now; he has to alter his ways immediately of the damage may be so great he cannot reverse it.