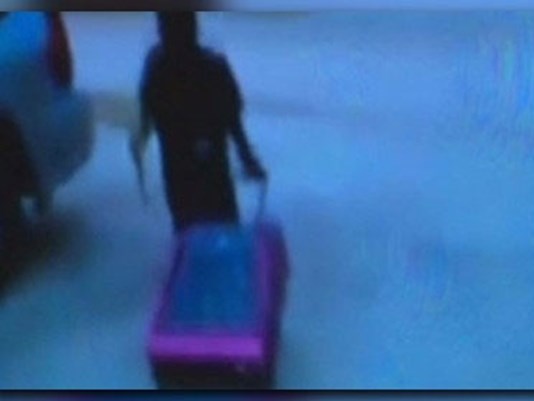 A few days ago a video was posted of a Texas woman tossing her young son to the curb with a suitcase she had packed for him. The reason, as most are already aware, was that the little kid, probably no more than seven or eight years, voted for Donald Trump in mock election at school.

The answer he gave to his loving, sainted Mother was that he saw Trump on TV several times and recognized him. The so-called mother, who in my opinion, is typical of a brain dead democrat, told the poor little kid: “Since you voted for Donald Trump. You can get your sh** and get out. Get your suitcase and get out! We don’t do Donald Trump here.”

Ah yes – another representative of the tolerant left shows her true colors. Not unlike the many spoiled Hollywood wienies who threatened to leave the country and emigrate to Canada should Trump prevail. Of course, that’s when they were sure Hillary would win. How courageous of them. We’re still waiting for them to “get their sh** and get out.”

Of course this won’t happen, as they have no courage, nor any real conviction. I find it similar to the leftists who protest the many “injustices” throughout the world, but choose only to do so within the safety of our borders, where they know no harm will come to them.

If we were to threaten to leave the U.S., should Hillary have won, we would of course be mocked and labeled as cry babies who just can’t bear the thought of a strong woman as Commander in Chief.

Yet the intolerance of the tolerant left knows no bounds. It seems practically every day there is another example of prejudice and bigotry toward the right, or anyone who doesn’t align perfectly with their warped view of what our country should become.

Another shining example of the intolerance  of the tolerant left is at the University of Virginia. It seems the University president, Teresa Sullivan, has developed a bad habit – to which the lefties on campus (are their any others) do not take kindly.

Ms. Sullivan has been quoting the University founder, Thomas Jefferson. No, not a distant cousin of George and Weezy – the Thomas Jefferson – the founding father – the author of our Declaration of Independence.

Evidently quoting Thomas Jefferson is offensive to at least 469 faculty and students of the University. After the election, President Sullivan had the nerve to call for unity.

In her hate-filled message, Sullivan wrote: “Thomas Jefferson wrote to a friend that University of Virginia students ‘are not of ordinary significance only: they are exactly the persons who are to succeed to the government of our country, and to rule its future enmities, its friendships and fortunes.’”

Well, this quote did not sit well with the 469 radical faculty members and students, who didn’t appear to be offended by the statement – just that Ms. Sullivan quoted a known racist in doing so. Their response read: “For many of us, the inclusion of Jefferson quotations in these e-mails undermines the message of unity, equality and civility that you are attempting to convey.” Ooh – Burn!

They obviously know nothing of Jefferson and his disdain of slavery, and that by law Jefferson could not free the slaves he inherited, but hey – actual American history has no place at an American University.

We on the right are trying are best to be level-headed and just laugh at these misguided left wing loonies, but it’s getting harder every day. And with time, it’s getting worse, not better. Now that serious players like George Soros have directly involved themselves, we had better be prepared for more than just dopey letters and protests.