Liberal Lies About Trump are All They Have Left 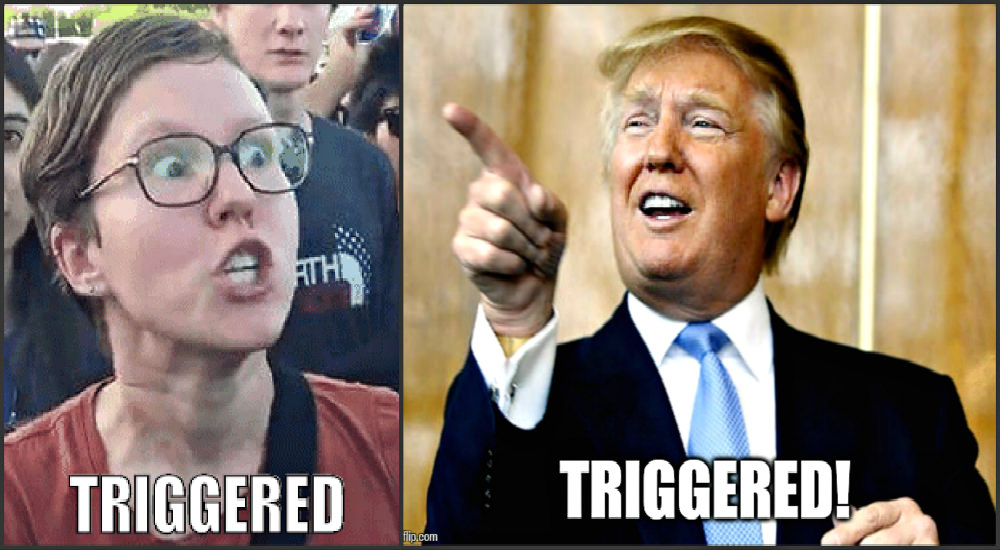 That’s the hue and cry of the liberals (Democrats) today, as they go about trying to make Americans FEAR Donald Trump. They use all kinds of mysterious words like, “racist,” “misogynistic,” “sexist,” and the like, without a smidgen of EVIDENCE of anything approaching that in Trump. The fact that the worst offenders regarding “fake news” are the liberals, themselves, doesn’t seem to occur to them. One example of their “fake news” is the story about finding code on a power company computer in Vermont that they CLAIM can be traced to the Russians…until the FACTS came out the next day and showed they invented the whole story!

The Washington Post published stories based on that where they had no real EVIDENCE of anything, but used the “journalist” scam of “asking questions” that are DESIGNED to “stoke” the Trump hysteria. Then they had to quietly pull those stories when it was found that the computer in question wasn’t even connected to the Internet! They have published many stories guaranteed to frighten as many Americans about Trump as they can, again with NO EVIDENCE.

Liberal Democrats go around shouting “I have EVIDENCE the Russians hacked our election to help Trump and changed the outcome!” Unfortunately, for them, anyway, they HAVE no evidence. They keep SAYING they have evidence, but never SHOW it, because there ISN’T any. They hope that, if they keep repeating it often enough, people will come to believe it, and even fight people deny it. The Nazi PR man once said, “If you tell a lie often enough, it will come to be thought of as truth, and people who believe it strongly enough will even fight those who disbelieve it.” (paraphrased)

There was nothing like this after Obama won his first presidential election, and he almost DID destroy this country. He even got re-elected after doing much of the damage he did. But there were no demonstrations, no riots, nobody got shot over it (except in Chicago, of course). The Democrats are in the MINORITY, but you can’t convince them of that. They lost BIG in the 2016 election because Republicans, who were fed up with being “ripped off” by their own government, did something about it. The Democrats will never admit that. They remain in denial over it. House MINORITY Leader Nancy Pelosi said, the other day,” I see no need for Democrats to change their platform,” which shows a certain abysmal IGNORANCE on her part. Stay stupid, Democrats! We like you that way. It makes you easier to beat.