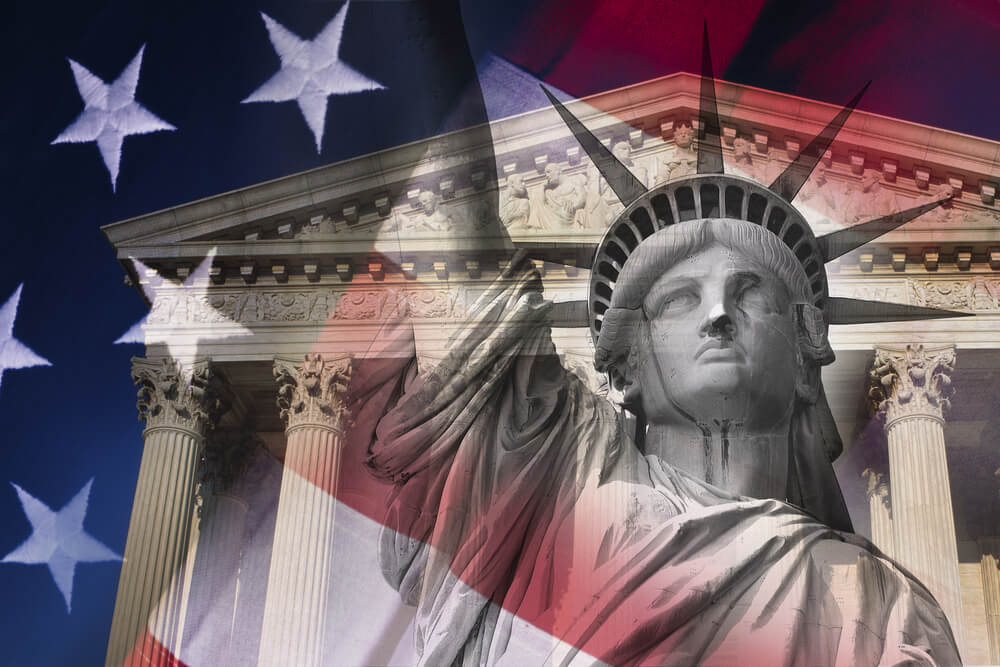 Today Donald J. Trump released the much-anticipated list of people he would consider as potential replacements for Justice Scalia at the United States Supreme Court. This list was compiled, first and foremost, based on constitutional principles, with input from highly respected conservatives and Republican Party leadership. The information below is from D. Trump website.

Mr. Trump stated, “Justice Scalia was a remarkable person and a brilliant Supreme Court Justice. His career was defined by his reverence for the Constitution and his legacy of protecting Americans’ most cherished freedoms. He was a Justice who did not believe in legislating from the bench and he is a person whom I held in the highest regard and will always greatly respect his intelligence and conviction to uphold the Constitution of our country. The following list of potential Supreme Court justices is representative of the kind of constitutional principles I value and, as President, I plan to use this list as a guide to nominate our next United States Supreme Court Justices.”

Steven Colloton of Iowa is a judge of the U.S. Court of Appeals for the Eighth Circuit, a position he has held since President George W. Bush appointed him in 2003. Judge Colloton has a résumé that also includes distinguished service as the U.S. Attorney for the Southern District of Iowa, a Special Assistant to the Attorney General in the Justice Department’s Office of Legal Counsel, and a lecturer of law at the University of Iowa. He received his law degree from Yale, and he clerked for Chief Justice William Rehnquist. Judge Colloton is an Iowa native.

Allison Eid of Colorado is an associate justice of the Colorado Supreme Court. Colorado Governor Bill Owens appointed her to the seat in 2006; she was later retained for a full term by the voters (with 75% of voters favoring retention). Prior to her judicial service, Justice Eid served as Colorado’s solicitor general and as a law professor at the University of Colorado. Justice Eid attended the University of Chicago Law School, and she clerked for Justice Clarence Thomas.

Raymond Gruender of Missouri has been a judge of the U.S. Court of Appeals for the Eighth Circuit since his 2004 appointment by President George W. Bush. Judge Gruender, who sits in St. Louis, Missouri, has extensive prosecutorial experience, culminating with his time as the U.S. Attorney for the Eastern District of Missouri. Judge Gruender received a law degree and an M.B.A. from Washington University in St. Louis.

Thomas Hardiman of Pennsylvania has been a judge of the U.S. Court of Appeals for the Third Circuit since 2007. Prior to serving as a circuit judge, he served as a judge of the U.S. District Court for the Western District of Pennsylvania since 2003. Before his judicial service, Judge Hardiman worked in private practice in Washington, D.C. and Pittsburgh. Judge Hardiman was the first in his family to attend college, graduating from Notre Dame.

Raymond Kethledge of Michigan has been a judge of the U.S. Court of Appeals for the Sixth Circuit since 2008. Before his judicial service, Judge Kethledge served as judiciary counsel to Michigan Senator Spencer Abraham, worked as a partner in two law firms, and worked as an in-house counsel for the Ford Motor Company. Judge Kethledge obtained his law degree from the University of Michigan and clerked for Justice Anthony Kennedy.

Joan Larsen of Michigan is an Associate Justice of the Michigan Supreme Court. Justice Larsen was a professor at the University of Michigan School of Law from 1998 until her appointment to the bench. In 2002, she temporarily left academia to work as an Assistant Attorney General in the Justice Department’s Office of Legal Counsel. Justice Larsen received her law degree from Northwestern and clerked for Justice Antonin Scalia.

Thomas Lee of Utah has been an Associate Justice of the Utah Supreme Court since 2010. Beginning in 1997, he served on the faculty of Brigham Young University Law School, where he still teaches in an adjunct capacity. Justice Lee was Deputy Assistant Attorney General in the Justice Department’s Civil Division from 2004 to 2005. Justice Lee attended the University of Chicago Law School, and he clerked for Justice Clarence Thomas. Justice Lee is also the son of former U.S. Solicitor General Rex Lee and the brother of current U.S. Senator Mike Lee.

William H. Pryor, Jr. of Alabama is a judge of the U.S. Court of Appeals for the Eleventh Circuit. He has served on the court since 2004. Judge Pryor became the Alabama Attorney General in 1997 upon Jeff Sessions’s election to the U.S. Senate. Judge Pryor was then elected in his own right in 1998 and reelected in 2002. In 2013, Judge Pryor was confirmed to a term on the United States Sentencing Commission. Judge Pryor received his law degree from Tulane, and he clerked for Judge John Minor Wisdom of the U.S. Court of Appeals for the Fifth Circuit.

David Stras of Minnesota has been an Associate Justice of the Minnesota Supreme Court since 2010. After his initial appointment, he was elected to a six-year term in 2012. Prior to his judicial service, Judge Stras worked as a legal academic at the University of Minnesota Law School. In his time there, he wrote extensively about the function and structure of the judiciary. Justice Stras received his law degree and an M.B.A. from the University of Kansas. He clerked for Justice Clarence Thomas.

Diane Sykes of Wisconsin has served as a judge of the U.S. Court of Appeals for the Seventh Circuit since 2004. Prior to her federal appointment, Judge Sykes had been a Justice of the Wisconsin Supreme Court since 1999 and a Wisconsin trial court judge of both civil and criminal matters before that. Judge Sykes received her law degree from Marquette.

Don Willett of Texas has been a Justice of the Texas Supreme Court since 2005. He was initially appointed by Governor Rick Perry and has been reelected by the voters twice. Prior to his judicial service, Judge Willett worked as a senior fellow at the Texas Public Policy Foundation, as an advisor in George W. Bush’s gubernatorial and presidential administrations, as Deputy Assistant Attorney General in the Justice Department’s Office of Legal Policy, and as a Deputy Attorney General under then-Texas Attorney General Greg Abbott. Justice Willett received his law degree and a master’s degree from Duke.