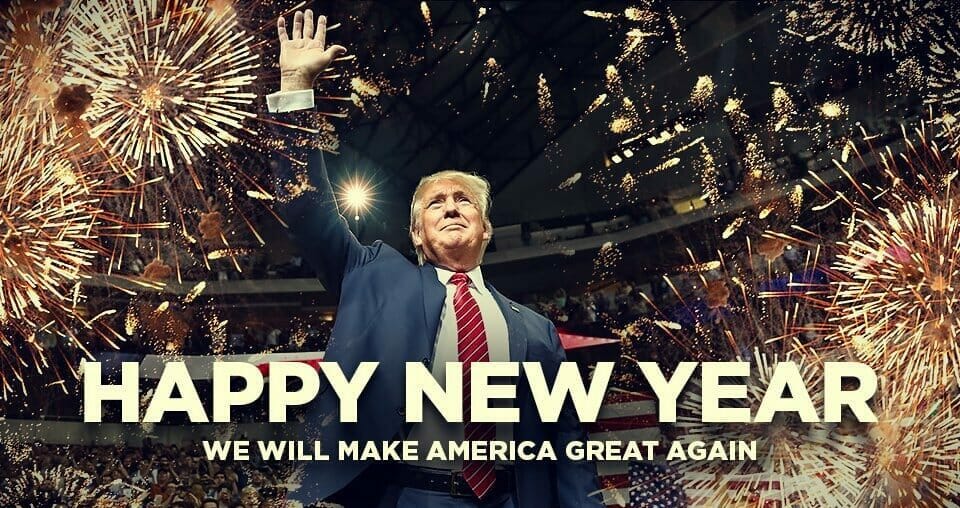 President Trump has always been a confident man, and his most recent weekly address reasserted that confident air.

In a short address to the nation the President recounted his 2017 victories and argued that his administration was succeeding where so many believed that they would fail.

The crux of his argument? “We’re Doing Things That Nobody Thought Possible.”

I’m not one to argue with the President, he truly has done the improbable and tallied countless successes in the face of overwhelming Democrat and Media opposition.

He has delivered where other Republicans have faltered, and he has proven to be able to accomplish his goals even under withering pressure.

Listen as the President explains:

What a year it’s been, and we're just getting started. Together, we are MAKING AMERICA GREAT AGAIN! Happy New Year!! pic.twitter.com/qsMNyN1UJG

As our Country rapidly grows stronger and smarter, I want to wish all of my friends, supporters, enemies, haters, and even the very dishonest Fake News Media, a Happy and Healthy New Year. 2018 will be a great year for America!

HAPPY NEW YEAR! We are MAKING AMERICA GREAT AGAIN, and much faster than anyone thought possible!