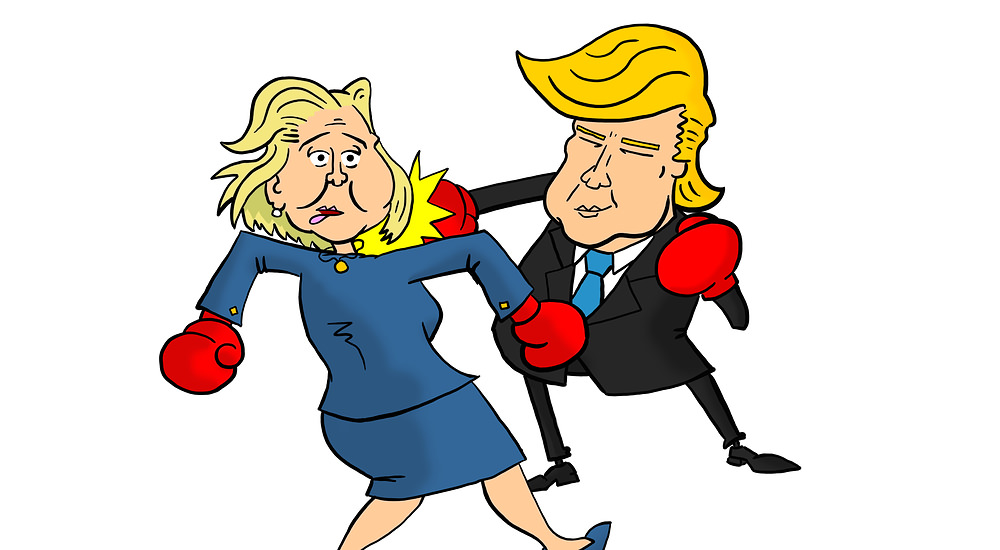 In her own words, Hillary Clinton has provided the Trump-Pence ticket with the perfect ad material to illustrate why she is unfit to serve as President of the United States.

FBI Director Comey speaking: “…110 e-mails in 52 e-mail chains have been determined by the owning agency to contain classified information at the time they were sent or received. Eight of those chains contained information that was Top Secret at the time they were sent; 36 chains contained Secret information at the time; and eight contained Confidential information, which is the lowest level of classification… seven e-mail chains concern matters that were classified at the Top Secret/ Special Access Program level when they were sent and received. These chains involved Secretary Clinton both sending e-mails about those matters and receiving e-mails from others about the same matters. There is evidence to support a conclusion that any reasonable person in Secretary Clinton’s position, or in the position of those government employees with whom she was corresponding about these matters, should have known that an unclassified system was no place for that conversation. In addition to this highly sensitive information, we also found information that was properly classified as Secret by the U.S. Intelligence Community at the time it was discussed on e-mail… None of these e-mails should have been on any kind of unclassified system, but their presence is especially concerning because all of these e-mails were housed on unclassified personal servers not even supported by full-time security staff…”

(audio/video clip from Bill O’Reilly’s interview with Clinton on July 14, 2016)

Hillary Clinton speaking: “One of my priorities is to launch an intelligence surge. We still do not have enough, ah, intelligence cooperation between our agencies and those in other countries, including, ah, in Europe and we need to have a, a focal point…”

Bill O’Reilly speaking: “I didn’t know that. Why is that happening? Why… don’t we have the intelligence?”

Hillary Clinton speaking: “Well, I’ll tell ya, in part, because there has been, ah, a reluctance on the part of some of our, ah, friends in Europe to be as forthcoming in sharing information…”

Voice speaking: “Would YOU trust Hillary Clinton with YOUR secrets?”