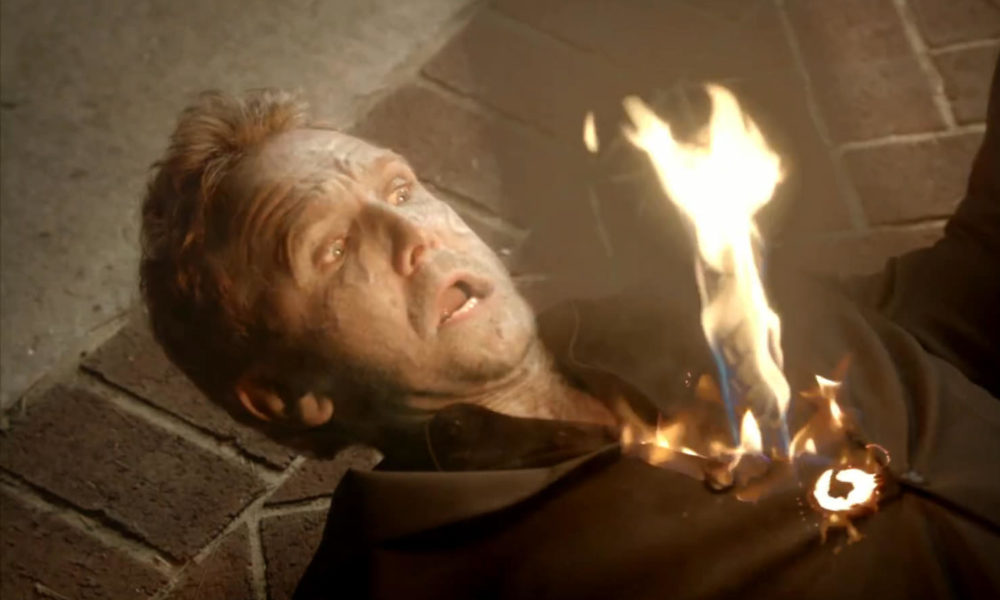 The “Trump stole election with a Russian hack” meme in the lying Democrat media has shriveled up and died.  President Donald ‘Van’ Trump has driven the stake of truth through their wicked hearts by outing Obama’s illegal wiretapping of the Trump Campaign.  Now the leftist media denies saying what they have been saying and wants to talk about anything but.

The Democrat narrative that Trump’s election is illegitimate because he used Russian hackers to steal the election has disappeared from their media.  If you want truth in reporting then the leftwing MSM is not the place where you will find it.  The spinmasters are capable of proving to their fanatics that the Sun doesn’t shine to warm the Earth, and that what they have been saying about Trump stealing the election from Hillary with the help of Russian hackers isn’t what they’ve been saying.  After four months of having the Democrat media run hundreds of stories of fake news about it, leftists are now denying they made any such allegations.  Since President Trump came out and directly challenged their stories, that leakers and the media have transcripts of Trump’s phone conversations, by putting the focus on Obama illegal wiretapping of his communications he has liberals falling all over themselves claiming there’s no evidence of that claiming that Trump is crazy.  If he’s so crazy then why is it that they are suddenly denying saying what they have been saying for the past four months and have now shifted the entire conversation to a new subject?  Stories about the Russian hack have “mysteriously” vanished from the MSM’s daily discourse.

For the most part it’s true what they are saying.  They have not been alleging that Trump stole the election – they have been declaring it outright!  But they have not actually been stating it as a fact.  Rather they have been implying it through innuendo and supposition and leaving it to their brainless followers to jump to conclusions and assume that is what they were saying to incite them to hate Trump for it without truly understanding why.  Now that the truth has been brought into the spotlight the denizens of the darkness have scurried back under their rocks!

How the Left dupes the masses

This is how it is done: The leftist media will take 5-10% of what is known to be absolutely true and then inject 90-95% of their own biased spin, mixed with ambiguity, insinuations, allusions, implications, and outright lies and voilà – leftwing media truth is born like Frankenstein’s monster!  Likewise, when conservative media publishes the truth, but 5-10% of it is not entirely accurate, the Left focuses all their follower’s attention on that minutia and declares the entire revelation an irrelevant lie!  This is exactly how astrology works.  The science of propaganda uses the illusion of vague platitudes to dupe the simple-minded masses who don’t know what’s in either of the magician’s hands.  Feed them a load of bull with maybe 10% of what is true and they will focus on that minutiae and miss the forest for the trees.  The masters of spin understand the narrow attention span of the common man very well.  You can argue that the Sun warms the Earth, not CO2 or methane in the atmosphere, and they will argue that what you say is false because on cloudy days there is no Sun!  “The Force has a strong influence on the weak-minded,” and there are many who are easily taken in by the Dark Side.

A focus group decided to do an experiment using the debates between Donald Trump and Hillary Clinton.  They found that when they switched the narratives of each of the candidates, i.e. when the male character spoke the words that were spoken by Hillary Clinton, that liberals who hated what was said when it came from Trump’s mouth loved it when it was said by the female character.  Contrarily, the conservatives who hated what Hillary had to say hated it just as much when the male character made her argument.  This is the most perfect example of how utterly two-faced, bigoted, and completely ignorant are leftist believers.

Republicans taking down the ObamaCare tree

Now the focus is on the repeal of ObamaCare that has conservatives furious.  Many are upset that Ryan & Co. seem to be finding ways to keep ObamaCare under a new name.  The (un)Affordable Care Act is imploding as it was designed to do, and Democrats are not there to reap their rewards by installing single-payer socialized medicine in its place to put all Americans under their control, ala Hitler’s first steps in acquiring ultimate power.  But intelligent Americans of the TEA Party, et al, are upset that it appears RINOs are trying to accomplish that agenda with themselves at the helm.

However, it must be considered that ObamaCare has been in place for seven years and has not only taken root, but sprouted into a large, diseased tree.  Ripping it out by the roots is what conservative’s desire, but such an act would surely cause upheaval throughout the economy since Democrats were taking over 1/6th of it with their seizure of the medical industry.  President Trump recognizes this and has agreed to go along with what Speaker Ryan is telling him that paring down the tree gradually will prepare for its removal.  He has asked that Americans trust him that he will get the job done as he promised.  Considering the trust Americans have put in him and the steadfastness with which he has held to his word I believe we should give him the benefit of the doubt.

The repeal of ObamaCare will come in phases and, hopefully, Donald Trump will be there overseeing what the GOP-e does to make certain they don’t shaft the voters as they have the previous six years we  put our faith in them to stop the Democrat agenda.  He has only been in office for fifty days.  Time will tell despite the LDM (Lying Democrat Media, NOT the Mainstream Media) doing their utmost to damn Trump for doing everything he said he would do.  Their only goal is to stop him.  Don’t let them call us out to join the ignorant liberal peasants with their pitchforks to torch his actions as they have been doing before he even gets started repairing the massive damage Democrats have done.  It took them years, decades even to get America into the sorry state she is in today.  This country will not return to greatness overnight.  Rome wasn’t built in a day, but fell overnight.  It will take time to rebuild what Democrats have broken.

Ryan’s ObamaCare fixes; Trump asks to be given time to prove his agenda

How Obama is orchestrating a Democrat Coup attempt